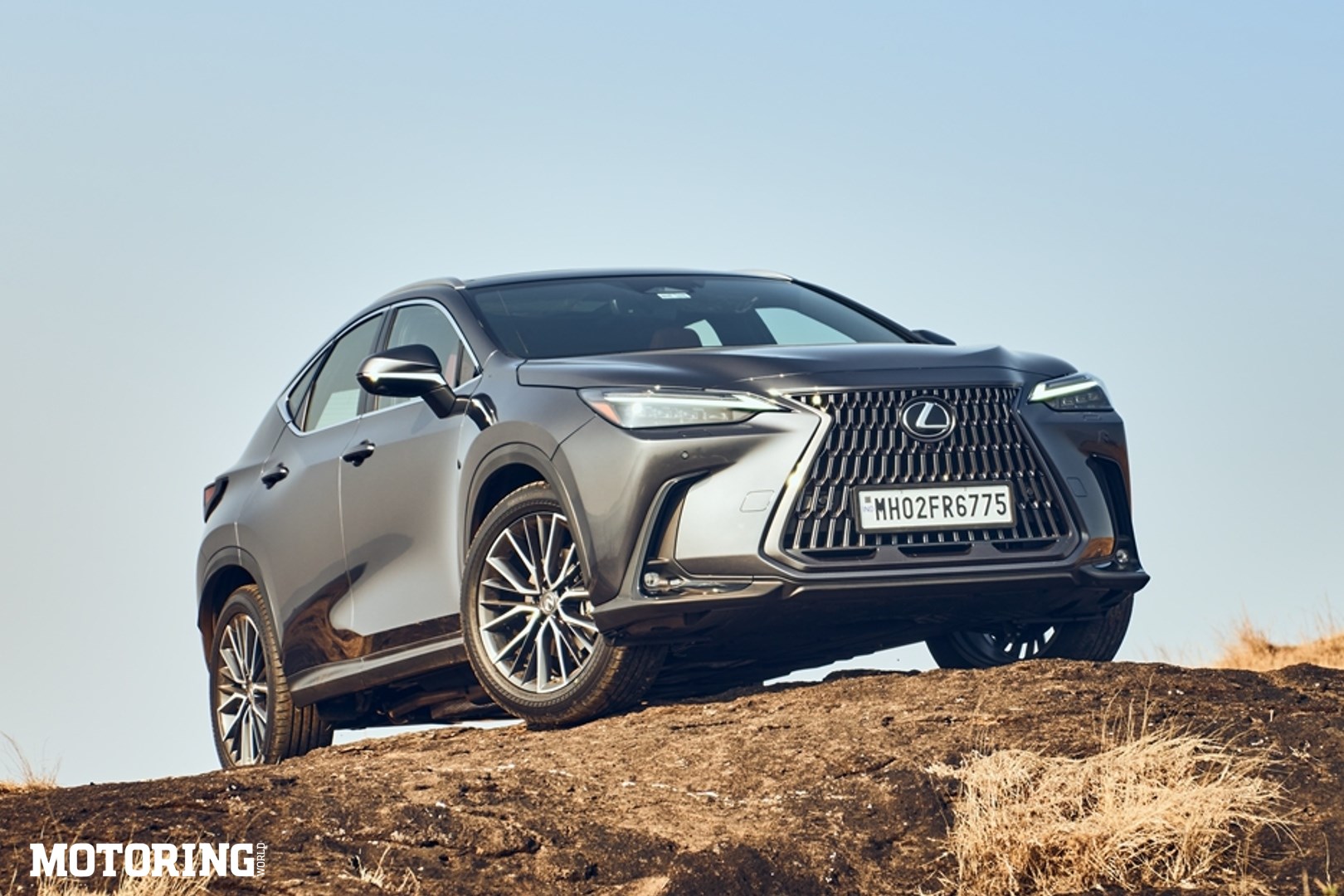 The first thing that comes to my mind when one says ‘Lexus’ is the word ‘sexus’, which is a self-made bastardisation of the word ‘sexy’, but one that rhymes with the Japanese luxury carmaker’s name. And the newest NX SUV subscribes to that philosophy to the ‘y’. The design is an evolution of the first-gen model’s, making the NX look so sharp you’re liable to cut yourself if you look too long. The single-piece LED headlights definitely add to that shaper aesthetic, as does the larger ‘spindle’ grille. 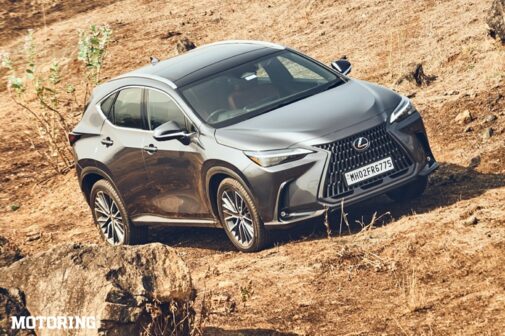 The new front and rear bumpers add a bit of rugged appeal in what is otherwise a crossover-like design, while the longer (and well-sculpted) bonnet, and all-new LED tail-lamps that are connected by a light bar make the new NX outright desirable. This ‘Sonic Chrome’ finish is also another eye-catching detail, and actually looks like it changes its shade of grey depending on how the light shines on it. While I do like the neat 20-inch gunmetal grey alloy wheels seen on the mid-spec Luxury variant we drove, there is something about the side profile that makes the NX look a little stunted. 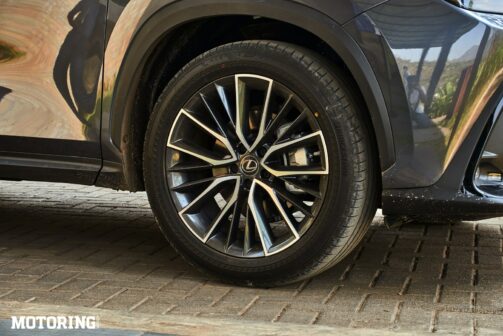 Compared to the changes on the outside — which veer towards the subtle rather than overt — the interior of the NX sees a major overhaul. There is a marked focus on the driver here, with the 14-inch infotainment touchscreen, the 10-inch heads-up display, and the digital instrument cluster all being placed in a way that you don’t have to take your eyes off the road. The heated steering is excellent to hold, and even the touchpads are easy to use, but the controllers may get activated inadvertently when you’re driving exuberantly. 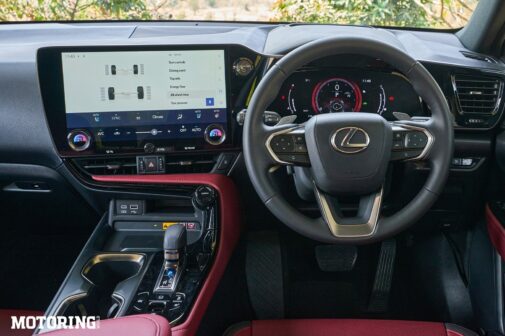 Interestingly, the 14-inch touchscreen infotainment system doesn’t get wireless Android Auto, but does have wireless Apple CarPlay and wireless charging, which is a statement in and of itself. It’s an absolutely hassle-free and intuitive bit of tech that enhances the experience of sitting in the NX. Speaking of sitting, regardless of whether you’re in the front or the back, you can be assured of a sense of airiness — in part thanks to the massive panoramic sunroof — and comfort. Do note that the front seats get a ventilation function, while the rear split 60:40, and can be folded down with the push of a button. 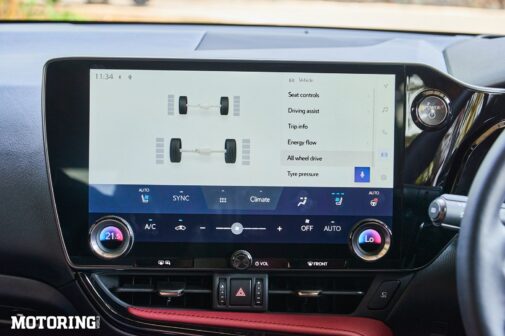 Another area of significant improvement is the powertrain. The first-gen NX was sold as the 300h, while this second-gen model is called the 350h, indicating the higher output. As before, there’s a 2.5-litre petrol engine (that runs on the Atkinson cycle), combined with two electric motors — now there’s a 180-bhp one mounted on the front axle and a 54-bhp unit on the rear axle. Overall output has increased from the previous-gen model by about 47 bhp, which does translate on the road. There’s a definite surge of power on tap, something the NX 300h lacked. 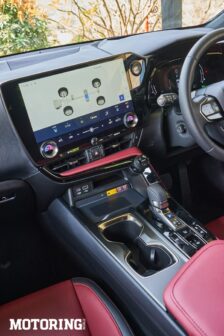 A clever six-step CVT gearbox transfers power from the hybrid system to all four wheels, and it works beautifully. If you put it into Sport mode — regardless of whether you use the paddle shifters — the NX 350h moves with alacrity. Lexus claims a 0-100 kph time of 7.7 seconds, and a 200-kph top speed, which is more than decent for a near-1.8-tonne SUV. The entire system works flawlessly, so much so that there’s no hint when the rear-wheel drive kicks in. Even in off-road conditions, the Lexus NX 350h manages to impress, earning that AWD badge with aplomb. The 360-degree camera helps navigate treacherous paths too. 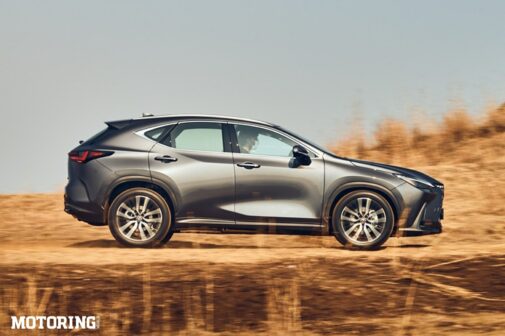 Typical of Lexus, the NX 350h’s ride quality is nothing short of sublime, speed notwithstanding, but what is especially surprising is just how stable this SUV is when cornering. Despite the lack of the superb adaptive suspension that’s available on the top-spec F-Sport variant, the NX 350h Luxury displays minimal body roll, and the steering feels direct and supremely accurate. It encourages you to push hard, and then kick it up a notch. I never thought I’d say this but this Japanese SUV may even match the BMW X3 — considered the benchmark — in terms of dynamism. 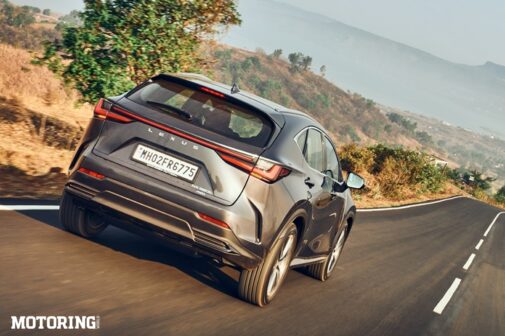 For the Rs 69.5 lakh, ex-showroom, India, you pay for this Luxury trim, you get an extremely comfortable, decently spacious, and surprisingly fun mid-range luxury SUV, one that no longer falls short of its rivals by any margin. The gamut of safety kit — from the blind spot monitors, adaptive cruise control, and rear cross traffic alert to the eight airbags — ensures peace of mind, and the fact that it’s a hybrid means long journeys won’t break the bank, which is especially important considering rising petrol prices. I can’t wait to have this rather competent luxury SUV go up against its rivals to find out if I’d pick it over them.