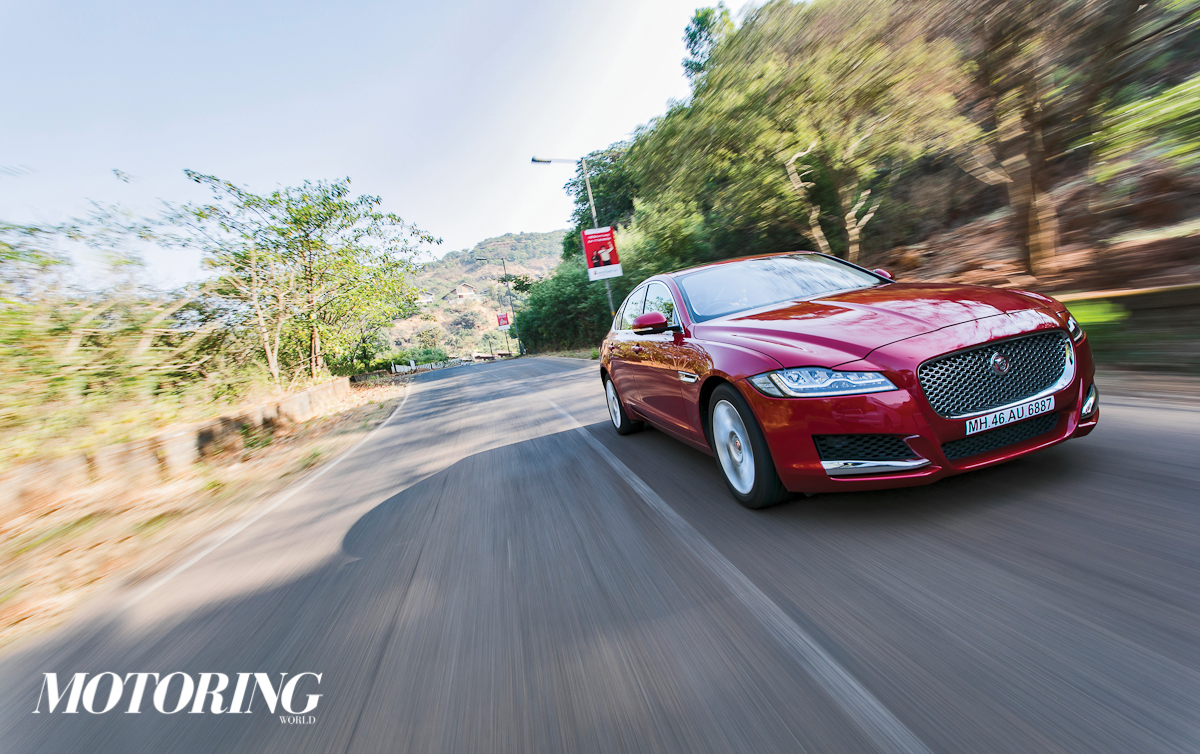 The Jaguar XF, ladies and gents, isn’t suited for long burnouts. It isn’t your regular chauffeur-driven saloon, either. In fact, it’s the middle ground, but middle ground not as we know it. So amidst the plethora of contradicting statements, please allow me to tell you a bit more about the mid-range Jaguar XF.

The much-loved British marque Jaguar has, despite its strong heritage, had a lot of ups and downs. But, when almost a decade ago, Tata formalised the deal to take over the company, it was accompanied with a pleasant surprise: the XF. Concept car looks, unmissable styling, and a potent chassis, among other things, made it a great product to start with. And one with which the new owners could announce that Sir William Lyons’ beloved Jaguar was back.

Fast forward to the times when JLR is successful and its sales booming. Accompanied by equally potent products in the small-yet-relevant line-up, the Jaguar XF is now thoroughly updated. It sits in the middle of the company’s portfolio, and like any modern Jaguar saloon worth its mettle, the XF proudly boasts an aluminium architecture, efficient engines, a decent ride and handling balance, and a very strong old-money charm.

The petrol-engined XF, which uses the same 2.0-litre turbocharged petrol engine as the smaller XE, somehow manages to carry a bit more class (and weight) without being bogged down. That said, it’s nowhere as spirited as the XE, but that’s missing the point! It’s rather about arriving with a demeanour that only statesmen have, without the intricacies that made Francis Urquhart (of the original House of Cards) infamous. The 237 bhp and 34.67 kgm are good enough for most everyday tasks. The gearbox makes the package more complete, but even in Dynamic mode, it feels — and is — slow. The car is honest in telling you what it’s up to, including transmitting road imperfections. Whether or not that rocks your barge is up to you.

Beyond all of which is the classy interior. The wood might be straight out of the nineties, but is pleasantly so. And then there are bits like the retractable gear lever, the self-hiding AC vents, and the fit and finish which doesn’t let the brand down. It might not be the most spacious, most driver-orientated, or even the most comfortable on the market, but it does everything a RWD premium executive saloon has to do.

And it would be so damn brilliant with a V6, in British Racing Green. That will make the car come alive. Because the car is the closest thing we will ever create to something alive. Not my words; these are Sir William Lyons’. And the chap knew a thing or two about automobiles, including making great cars.

Following the price revision (due to the commencement of local manufacturing, the XF is available at Rs 47.5 lakh onwards (for base diesel)