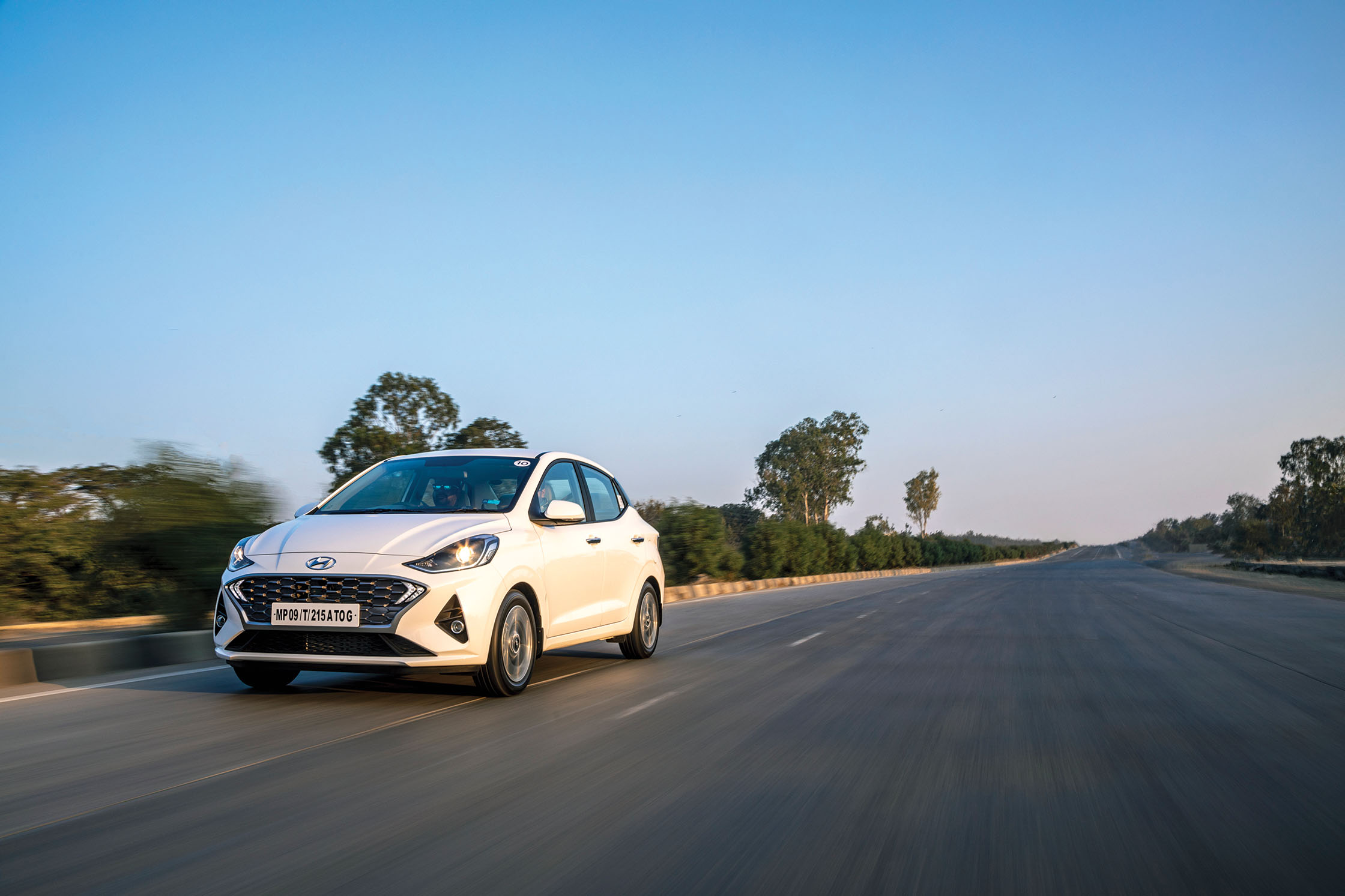 Okay, I’ll start off by saying that I’m not a big fan of compact sedans, the segment that came to be when someone realised that tax benefits were to be had if your vehicle was under four metres in length. Personally, I’d rather have a well-equipped hatchback over most compact sedans. I know that’s not a great way to begin a review of a brand-new compact sedan, but bear with me a bit. I don’t see how adding a boot to a hatchback suddenly makes it a status symbol, and this brings us neatly to the Hyundai Aura. It’s a sedan based on the Grand i10 Nios and is Hyundai’s second-generation compact sedan after the Xcent. 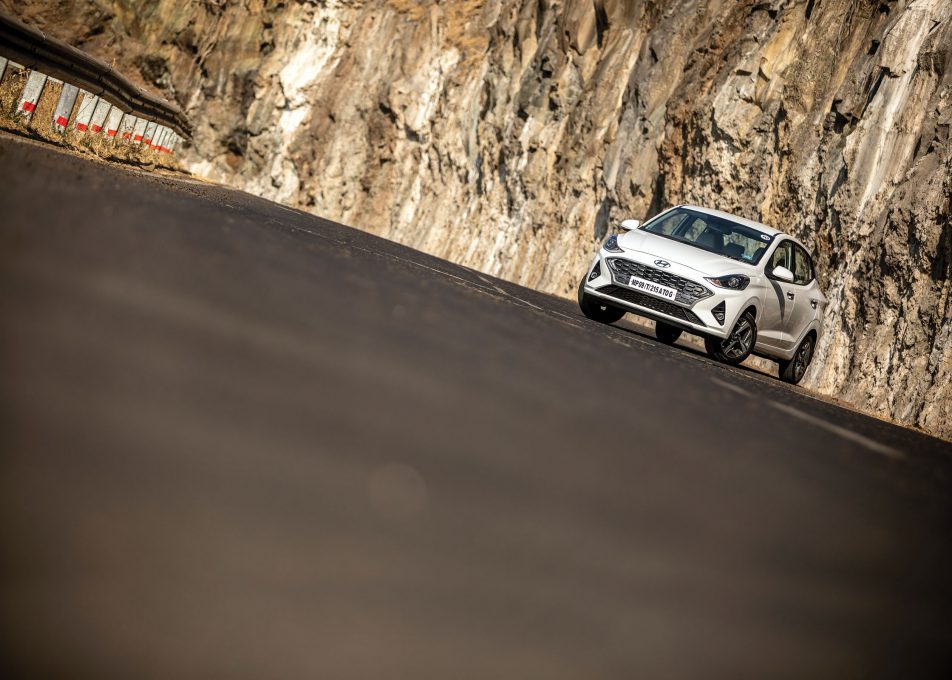 From the front, you’d be excused for mistaking this for the Grand i10 Nios, but there are some noticeable changes. The grille, for example, is finished in a satin texture on the regular model and the turbo variants get a gloss-black grille with a small, red ‘turbo’ badge. The DRLs are boomerang-shaped now, and it’s almost as if the Aura has smile wrinkles on its face. There’s a line that originates just past the headlights and ends by the tail-lights that gives you the impression that the Aura is longer than it is. The C-pillar is finished in gloss black for that floating-roof effect. Rounding off the side profile are the diamond-cut four-spoke alloy wheels which are pretty unique. Now coming to the rear end, well, I’ll let you decide what to think of it. Personally, I think we’ll be seeing so many of these on the road, you will be desensitised to it pretty soon.

The interior of the Aura is all new and looks great. The bronze finish on the dashboard with the honeycomb texture checks all the right boxes in my book and the seat upholstery looks pretty good, too. The turbo pack, unfortunately, gets all-black interiors with red piping on the seats to add a touch of colour to the otherwise monochrome interior. As is the norm these days, the center console is dominated by a large high-resolution touchscreen that houses all the infotainment functions. Android Auto and Apple CarPlay are present, of course, as are a host of other features including something Hyundai calls the rear-view monitor. The rear-view camera displays on the screen to help the driver see what’s behind them, presumably when someone blocks the rear-view mirror with a large item in the rear parcel shelf. Wireless charging is also included, which is a nice touch.

There are three engine choices in the Aura. I drove the 1.2-litre petrol engine and the 1.0-litre turbo-petrol engine. There is also a 1.2-litre diesel engine available, which happens to be the smallest BS6-compliant diesel engine on sale currently. The 1.2-litre petrol engine is the Kappa engine found in the Grand i10 Nios and, in its BS6 guise, is a very smooth and efficient engine. It’s not exactly exciting, but it gets the job done while sipping fuel. The 1.0-litre turbo is obviously my favourite engine of the bunch. It’s the same three-cylinder unit found in the Venue but detuned to 98 bhp (someone please figure out how to bring back those extra 17 horses). In something this small and light, the turbo-petrol engine absolutely shines. There is a little turbo lag, but it’s not the kind that pushes you back into your seat as the engine builds boost, no, it’s better than that. It delivers a smooth wave of torque that carries you forward with a little more purpose once the engine is past 2000 rpm and that feeling is addictive. Both engines are mated to 5-speed manual transmissions. The 1.2-litre engine has a very light clutch and effortless throws on the gear shift. Here, again, the 1.0-litre is the one I prefer because the clutch has just a little more weight to it and the gear shifts feel more precise and feelsome.

Despite the brilliant powertrain, the Aura is still, first and foremost, a sedan for people to commute in, so the steering is light and suspension is very compliant, which is perfect to manoeuvre through tight city streets and parking lots, but it’s not so great for carving canyon roads. The steering doesn’t offer much feedback and is too light for my liking. Maybe the turbo pack should get a turbo handling pack as well.

I’ll admit, I would have liked any car that had the turbo-petrol engine in it, but the Aura has really won me over with its great feature set and lovely interiors. What’s more, with three engines, two transmissions and five trim levels on offer, there’s an Aura to satisfy everyone’s needs.