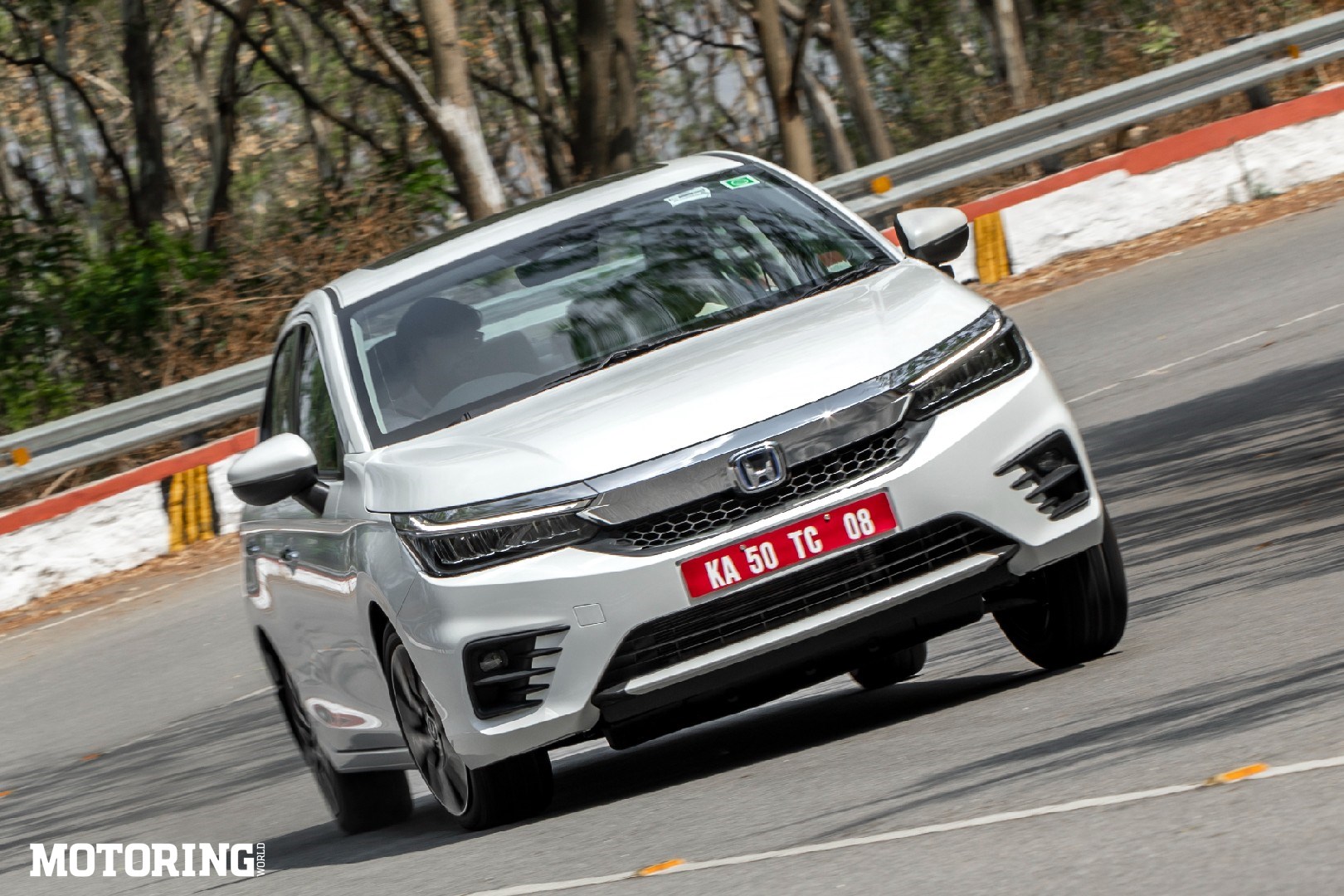 With the Honda City e:HEV, the Japanese brand is venturing into the unknown. While India is not a stranger to strong hybrid technology, it has remained available only in the higher segments, namely in a Toyota or Lexus or two. A midsize-sedan with this sort of hybrid technology is a niche that Honda is capitalising on, as it promises a stupendously frugal drive (the City e-HEV has a 26.5 kpl claimed fuel economy), better performance, and it even has a level 2 autonomous safety suite. 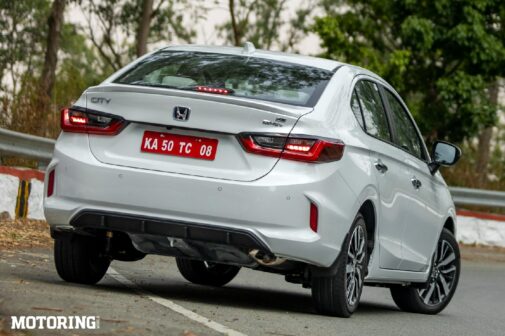 Honda has added a few cosmetic changes to the car as well, to help differentiate it from the petrol and diesel City. The front fog light clusters have racy-looking black slats, there are new (and stylish) 16-inch alloys, and there’s a prominent spoiler on the boot lip, too. The only other prominent exterior changes are that the Honda badges now have a blue highlight and that there’s an e:HEV badge above the right tail-light, both of which denote the City’s new hybrid status. If you look at the headlight, there’s an attractive new concave headlights inserts, which do give the nose a new look. 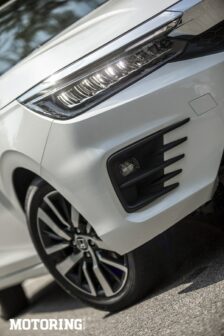 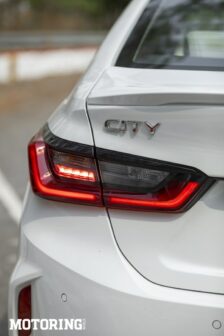 Step inside, and there’s very little that tells you this is a different Honda City. The most obvious changes are the ivory finish on the dashboard and seat covers, though a closer look at the gearbox, steering, specific parts of the dash, and the boot will tell you this version has something more. Instead of a sport setting on the gear, there’s B, which enhances the amount of resistance from the electric motor, simulating engine braking. It’s especially useful when going downhill. The boot is also about 200 litres smaller than the standard City’s due to the battery pack taking up that space. 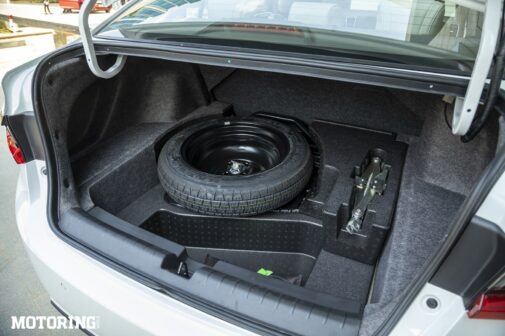 The right side of the steering unit has controls for an adaptive cruise control system that is intuitive enough for most markets, but can struggle on our chaotic roads. In fact, that’s true of the entire suite of active safety equipment that the brand calls Honda Sense. On paper, the crash mitigation control, lane keep assist, road departure assist, and other host of autonomous braking functions will do their job in trying to avoid fatalities or grievous injury, both to occupants inside and pedestrians outside. 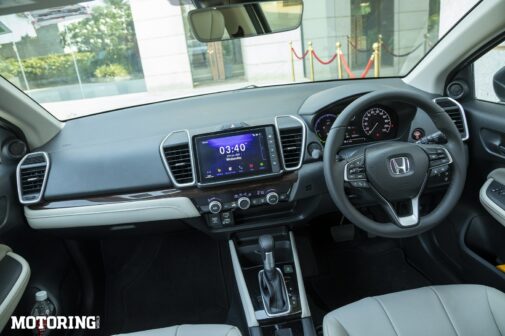 In some parts of our country, where expressways are arrow straight and people tend to drive in a more cohesive manner, these technologies do work well. In a lot of other, more typical (and disorganised) scenarios, they may fail. Still, I think it needs to be said that these systems are meant to assist, and not completely take over. You can turn the sensitivity of the active safety kit down, or turn it off altogether, which bodes well for those who don’t like the feeling of the steering suddenly taking over. The system does let you know to put your hands back on the steering when you let go, underlining its use as an assist function only. 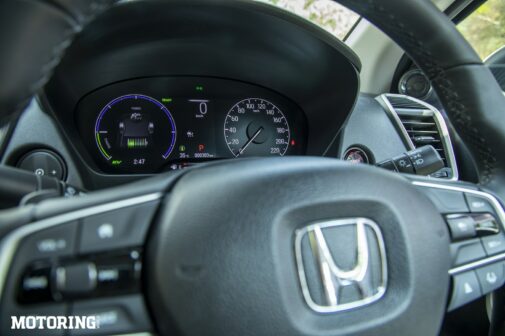 It’s a little surprising the way the City hybrid takes off from a standstill at less than half throttle. It’s as silent and smooth as any EV out there, and acceleration is brisk enough to keep up with urban traffic thanks to the 25.79 kgm of instant torque the electric motor produces. It works in this EV mode until the battery drains to a certain degree, or if the accelerator pedal is pushed to the max. It is then that the 1.5-litre petrol engine, which makes 97 bhp and 12.95 kgm of torque, kicks in. Until then the 107-bhp electric motor runs things. There’s also a second 94 bhp electric motor, but that’s only used to generate electricity from the petrol engine. 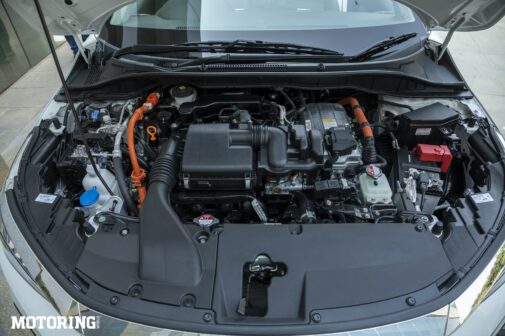 The workings of this system are a little complicated, but to simplify matters, here’s how it works in real-time. EV mode is the default mode, running off the 107-bhp motor. Hybrid mode is engaged when the two electric motors and the petrol engine work in tandem to deliver a peak combined output of 125 bhp. And then there’s the petrol only mode, which directly drives the front wheels when the electric motor is at its weakest — between the 75-115 kph mark. 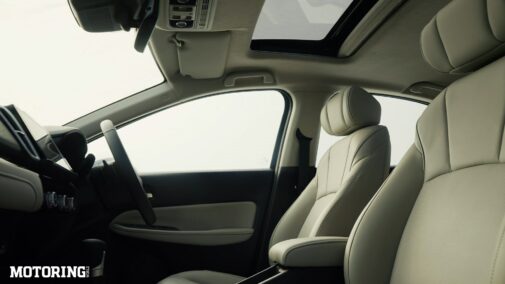 There’s a distinctly gruff note from the four-cylinder naturally aspirated engine that runs Atkinson cycle when pushed, telling you it’s a part of the system, but not really egging you on to push harder. Despite the approximately 100 kg increase in weight, the City e:HEV is claimed to be quicker to sprint to 100 kph than the petrol-automatic, though it does have a lower 178 kph top speed. To be honest, it does feel a mite quicker on the road, but, unlike the free-revving 119-bhp 1.5-litre engine in the standard car, this powertrain fails to excite. 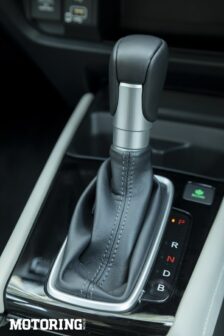 What plays a role in that is the e-CVT gearbox. The combination of the hybrid powertrain and the CVT means that the rubberband effect associated with this type of transmission is more or less negated. But that does not mean it’s tuned for aggressive shifts. Be judicious with the throttle and you’ll be rewarded by a smooth, effortless drive, and mind-boggling fuel economy figures. Despite being heavy with the right foot and having the car running for the shoot, the indicated fuel efficiency figure on the clear part-digital instrument showed it was delivering over 17 kpl. 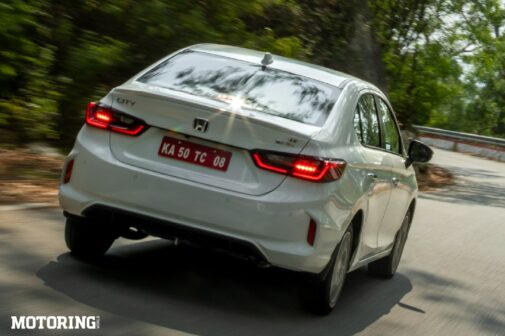 Braking is quite effective, too, thanks to the rear disc brake, and whether you shift into B from D one the gearbox or not, you can change the amount of ‘engine braking’ you get with the paddle shifters. Due to the battery and motors mounted as low as possible, and a retuned suspension setup, the City hybrid is actually more entertaining than the standard car. The chassis has always felt stiff enough for greater loading, and with the stiffer suspension, it shines through. It’s also great that the new suspension setup has not affected the supple ride quality the City is known for. 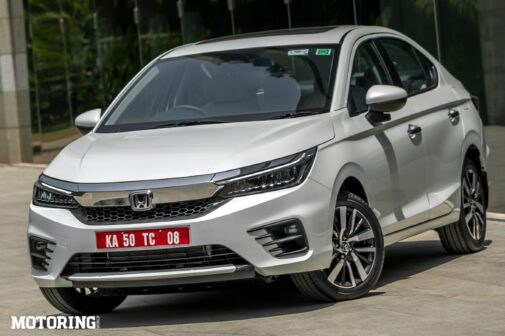 As the City e:HEV promises to be as low on maintenance as the standard car, Honda seems to have brought a better City to the market than the one that exists. The Japanese brand has entered quite a niche space, one that has seen some degree of favourable response in higher segments. That Honda has brought hybrid technology to the midsize-sedan segment is a first for the Indian market, and when its prices are revealed, we’ll know if it’s completely worth it. Until then, what we know about the Honda City hybrid is that it is a sensible, economical, and fuss-free car, but it may not be one that’ll thrill the enthusiast in you.