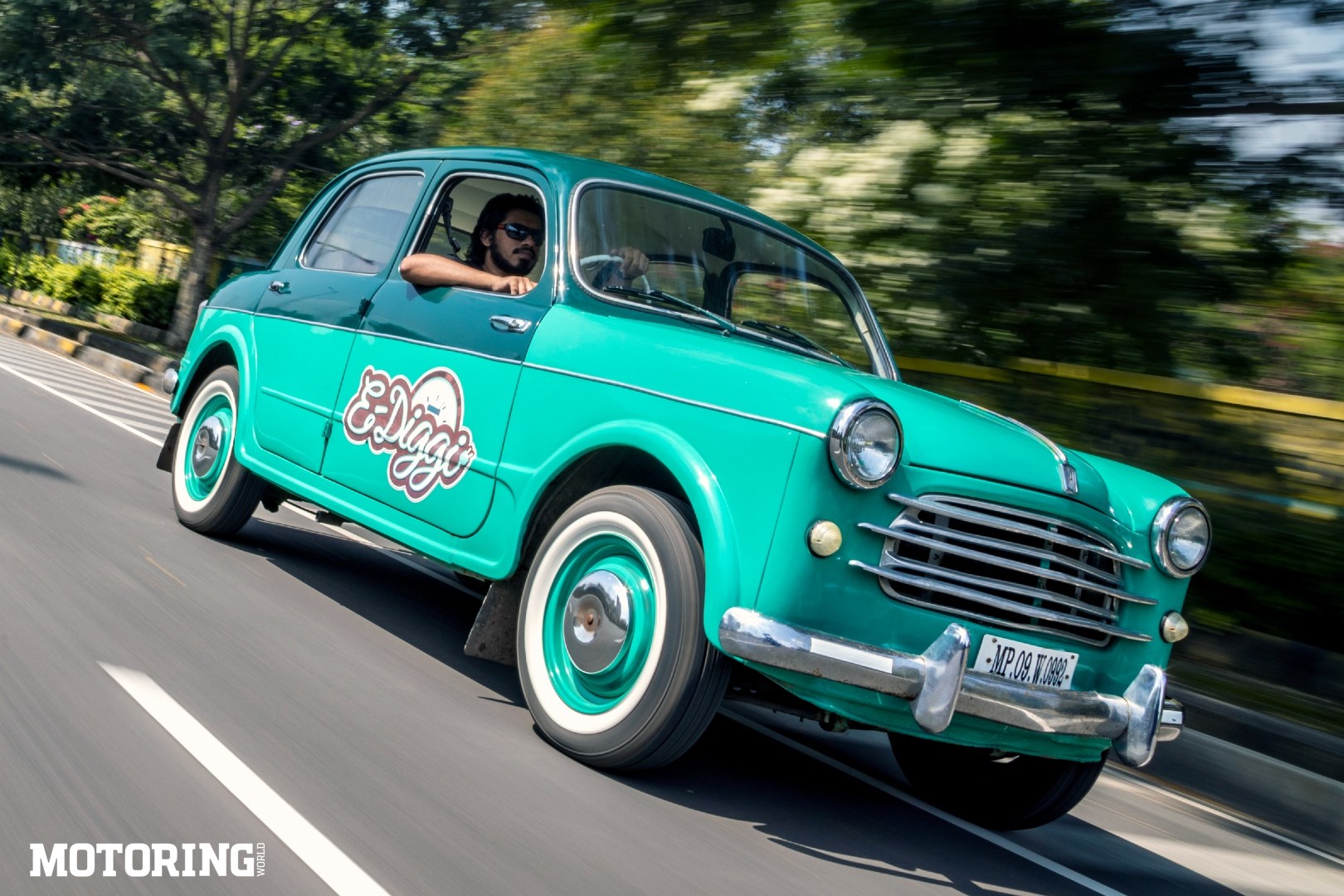 Being the mechanical nut I am, getting grease under my fingernails has never bothered me, nor have I ever gotten bored of staring into a car’s engine bay. It’s something that gives me peace, and I think it is also the reason why I enjoy driving old cars whenever the opportunity arises. They are very mechanical and sometimes excellent examples of engineering, while modern cars are plagued with sensors, actuators and never-ending mazes of wiring looms. Old machines, if maintained correctly, will continue to serve for an eternity, and there are many examples out there that still continue to amaze us, despite being surrounded by modern automobiles that are faster and more efficient. 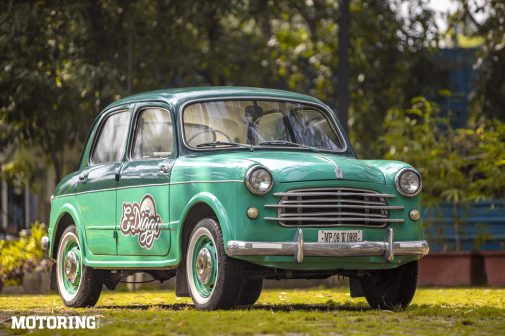 Every time you open the door and get into the cabin of an old car, there is always a distinct scent that takes you back to the era to which that car belongs. While you continue to inhale the smell, you switch the ignition on and wait for the oil lamp to go off before turning the key further to crank the motor. A well-tuned engine fires up right away, barely taking time to idle. If you think I am referring to the dual-tone Fiat Millecento in these images, well, as much as I would love to say yes, this one here gets going in a very different way.

The ‘E’ of the ‘E-Diggi’ decal on the suicide doors is a strong hint as to what propels this old timer. In case you haven’t guessed it, this Millecento a.k.a. the E-Diggi is a resto-mod commissioned by Ravin Mirchandani, the chairman of Ador Digitron, an Indo-German company based out of Pune that specialises in battery production and fast DC charging stations for EVs, besides other applications. The E-Diggi is a Millecento on the outside but an EV on the inside; it is the firm’s welcome mascot car for guests visiting the factory, and it breaks the ice better than the Konas and Nexon EVs of the world.

Now, you might be curious to know how this electrified Millecento is to drive, but before that you ought to know how it manages mobility. If you’ve watched enough sci-fi movies, the view under the bonnet is somewhat relatable. Instead of the space that’s usually occupied by an internal combustion engine, there’s a black control box that sits on top of the concealed 21 kW electric motor, with a bunch of thick cables connecting them. There’s nothing mechanical apart from the steering mechanism and parts of the suspension system that are visible. Even the boot, where you’d usually expect a spare wheel, is replaced by a large black metal box that houses the 10-kWh battery, accompanied by a control unit that has a charging socket and a master switch on its side.

The cabin of the E-Diggi, on the other hand, looks as authentic as you’d expect. Everything, from the dials to the non-operational column-mounted gear shifter to the clutch pedal, has been retained. The bench seat is beautifully upholstered in white and green, matching the white steering wheel and the exterior. The only addition here is a small digital gauge that shows the battery voltage, and it’s accompanied by a small bar below it displaying how much charge the battery pack holds. This Millecento is probably the only one of its kind in existence, and that’s just what shaped the experience of driving it.

To get going, all you need to do is flick a switch to turn the E-Diggi on, followed by a toggle switch for going forward or in reverse. That’s how simple it is. A conscious dab of the accelerator and the E-Diggi gets going in complete silence. While I did try recreating the sound of an IC engine in my head, I soon realised that it was no good. The soft yet clearly audible whine of the electric motor was all too prevalent. And since the Millecento looks like a vintage car, other road users were taking note of its presence and were patient enough to let us pass on most occasions – which never normally happens in Pune. Approaching an open stretch of road, I shoved the pedal all the way to the floor. And to my surprise, it did build speed at quite an eager pace; top speed is electronically limited to 70-80 kph, but the rate at which it achieves this is very similar to modern small cars, or even a bit quicker. A Millecento or any old car in today’s conditions is best driven with ease, one hand on the steering wheel and the other resting on the window sill. The same thing happened here, too, and I never forgot that I was cruising on Pune streets in a Millecento that was devoid of an exhaust pipe or an exhaust note.

The experience was definitely a unique and peaceful one, and I was starting to have thoughts of Sunday morning drives with it. There was no power steering or vacuumassisted brakes here, but neither was an issue since the components in the engine bay weighed far less than normal. Everywhere I went, the E-Diggi grabbed eyeballs by the dozen. Old folks I passed were probably left wondering how this Fiat was this silent. After a while, my attention was drawn towards the battery readout, which was nearing the last bar. Anxious about running out of charge, I headed back to the factory. Call it throttle management if you wish, but even with a pulsing light that indicated a low battery, I made it back with some juice left in the tank… er, sorry, cells. 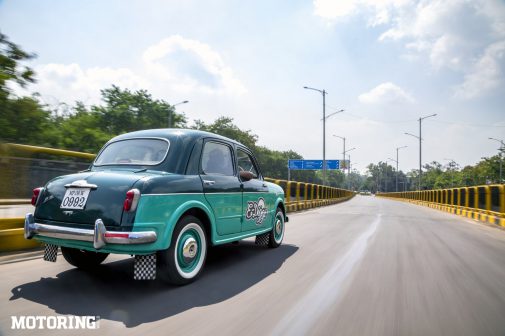 As I reversed the E-Diggi into the slot designated for the charging stations, I pondered over how delightful the drive had turned out to be, even if it was a short one. Not to mention that the idea of reviving old cars with electric power is a fine one, worth exploring and popularising. I am yet to drive a modern electric car, and while I am sure they are fast and everything, the experience of driving a car from the past with an electric drivetrain will always remain a special memory. Wouldn’t it be cool if the cars of the future at least looked like the ones from the past?

We’d like to thank Ravin Mirchandani and the E-Diggi team for letting us have a go in this fun machine. If you have an old car that you wish to turn electric, well, you know whom to reach out to!