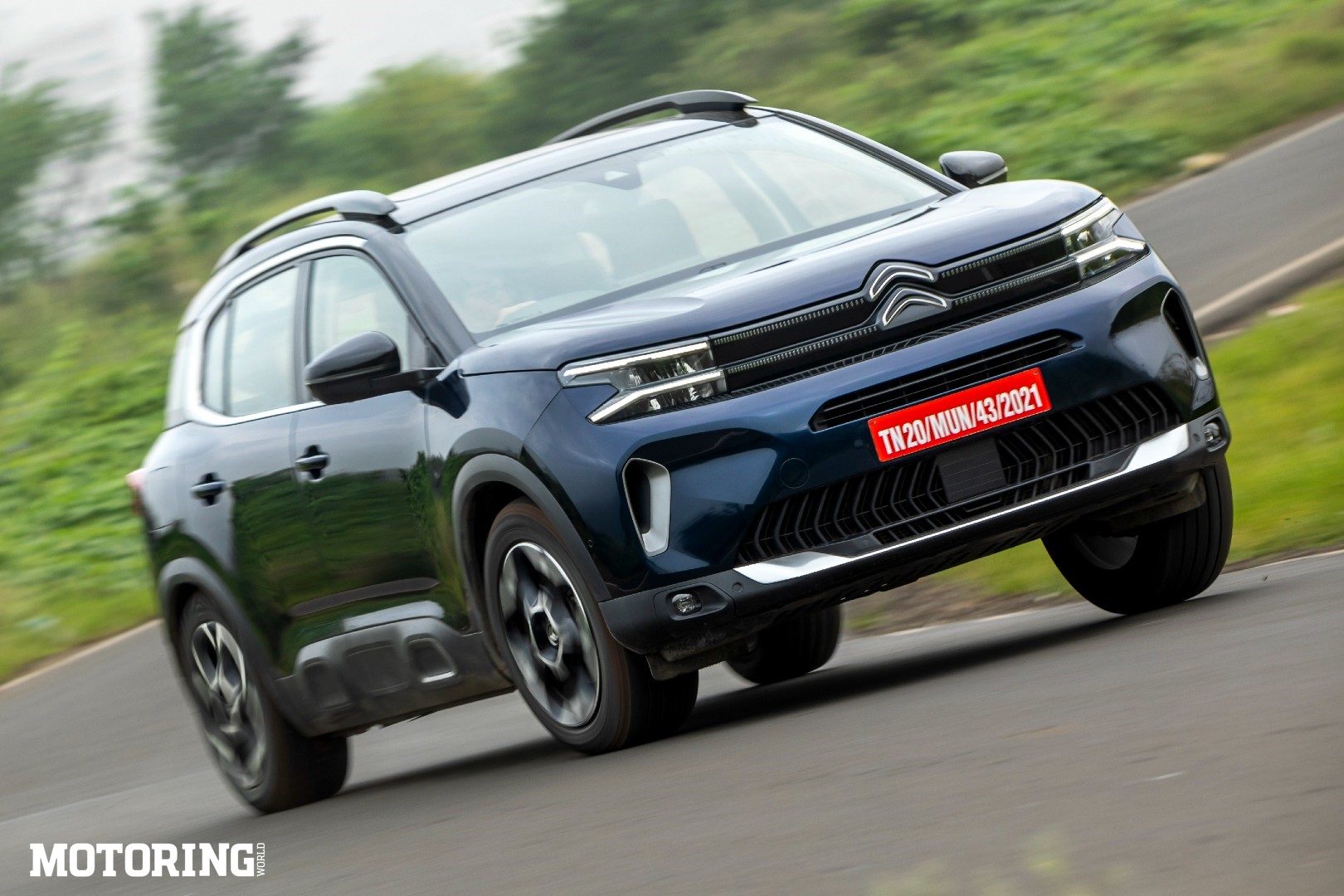 Citroen has definitely made a toe-hold in India, and its flagship SUV, the C5 Aircross, has played a part in that. The unique take on a premium five-seat SUV takes on the likes of the Jeep Compass, Hyundai Tucson, and Volkswagen Tiguan, but with the recent facelift, it’s now more expensive than all of them. So, is the refreshed Citroen C5 Aircross worth the Rs 36.67 lakh, ex-showroom, you pay for it? At first glance, the 2022 C5 Aircross just gets some design changes, an all-new touchscreen, other new comfort features, and a revised variant lineup — there’s one fully-loaded Shine variant.

The C5 Aircross facelift is still unmistakable as anything other than a funky-looking, characterful SUV. It proudly wears the oversized Citroen badge on its nose — the double-chevron logo is larger and now sports a new look. I like that each of the chevrons are also finished in black with chrome outlines. The new grille blends tastefully into the twin LED DRLs which are now positioned within the headlamp cluster. I also like this single headlight setup that replaces the split-headlamp one from the previous model. 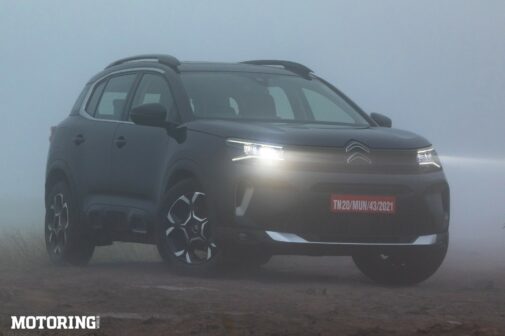 There’s also a new chin, repositioned faux air-vents, and other such details (like the new 18-inch alloys, and the attractive new LED elements in the tail lights) that pull the eye, but a lot is still quite familiar. The concave, flat bonnet has been retained, as has the body cladding, and the overall shape and silhouette is unchanged, which isn’t a bad thing. This SUV stands out in a crowd.

Like the model before it, the C5 Aircross’ interior features quite an unconventional design theme, and most of it has remained the same. The central area of the dashboard sees the biggest change in the form of a new 10-inch horizontally-oriented free-standing touchscreen.

It looks upmarket, has a crisp and clear display, and is significantly better than the outgoing dated screen. On the other hand, responses are on the lethargic side and the SUV still doesn’t get wireless Android Auto and Apple CarPlay.

It’s a good thing that Citroen has made the switch and button on the centre console better oriented for right-hand drivers with this facelift — it is a neat-looking design thanks to the gear lever that has been replaced by a toggle-like drive selector. Traction modes and drive modes can now be accessed via a single switch below the gear selector, allowing you to toggle between Sport, Eco and Normal drive modes, and Snow, Mud and Sand traction modes.

Despite the simplicity of the 12.3-inch digital instrument cluster, I quite like it as it’s easy on the eyes. I found the powered front seats more comfy, with excellent lumbar support, and felt I would be able to spend more time there at ease, but for the lack of seat ventilation. That’s a big miss in a car at this price point, as is the lack of a 360-degree camera. This SUV feels roomy, and that’s helped by the panoramic sunroof. The C5 continues with the three-seat layout, which can be slid forward or back separately, or reclined individually. It’s pretty good for having three adults, but when it’s just two, they’ll have to make do without an armrest.

It’s a bit surprising that, despite having the same 175 bhp 2-litre diesel engine and 8-speed automatic, this C5 feels quieter. In fact, the amount of sound-deadening used and the new windows almost convince me there’s a sporty engine underneath that hood. What helps maintain that illusion is that this SUV is quite quick for its size. That torque convertor automatic works beautifully in tandem with the four-cylinder unit to extract the best from it. Though that’s not always true as fuel efficiency will hover around the 11 kpl mark if you’ve been enjoying all that the engine can offer.

The automatic engine-stop-start feature can help in stretching each litre, but it can catch you by surprise, cutting off the engine and tightening the power steering even before the car comes to a complete halt. However, the restart is smooth and instantaneous, so you wouldn’t mind leaving it on to save fuel while standing at a signal, though I would recommend having it off in stop-go traffic.

The ‘progressive hydraulic cushions’ are still the C5 Aircross’ biggest talking point. Bump absorption is superb, and you can glide over any imperfection. Even a very mild spot of off-roading in comfort is on the cards, though don’t push it too hard — it is a front-wheel drive SUV after all. The steering is also rather effortless and the suspension is soft. While all this makes it an excellent urban cruiser and mile-muncher, a fun SUV it is not. It doesn’t have the dynamic ability of, say, the Compass or the Taigun.

All in all, the Citroen C5 Aircross facelift remains a refined SUV with exceptional ride quality, a smooth, strong engine, a seamless automatic transmission, and a drive experience that is more or less effort-free. It has its drawbacks — the lack of certain features and the rear seat — but the biggest hurdle would be its price. Still, if you want something unique and quite comfortable, you’d have to pay more for that, and in that context, the C5 Aircross seems worth it.