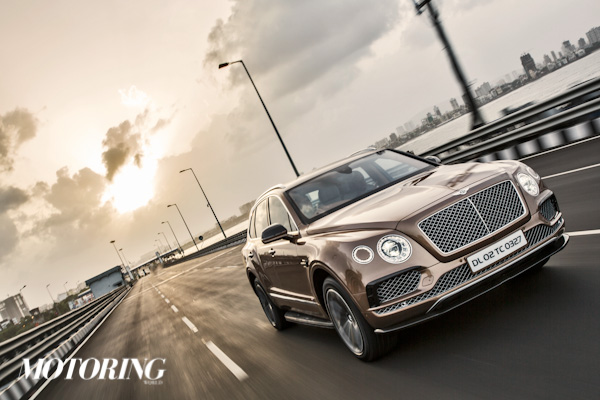 Forget, for a second, about how important the Bentayga is to Bentley from the perspective of it being its first SUV. Focus, instead, on the numbers that bring the Bentayga alive, because in them lies the essence of this gargantuan effort. There’s very little that can prepare you for the way it catapults itself and you’ll find the incredulity of it all even harder to believe once you see the Bentayga in person. It is enormous in a way few cars can manage to be and despite weighing in at 2440 kg, it still manages to hit 100 kph in 4.1 seconds. Then again, Bentley’s mastered the art of making a big, heavy thing feel like a small, not-so-heavy thing, and this time it’s dumped a 6.0-litre W12 in the Bentayga to perform the same magic. 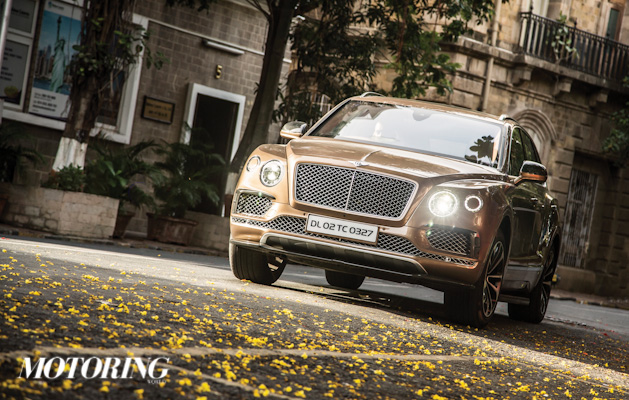 For me, the 6.0-litre engine is the highlight and it gives you a bunch of numbers to brag about. The redesigned 12-cylinder engine has been fettled to make 599 bhp and 91.7 kgm, which are ridiculous numbers for an SUV. The shove that you’re subjected to is intense and highly unexpected when you ram the throttle, and if you somehow manage to find enough road, you’ll be laughing (but more likely wetting yourself) all the way to 300 kph. 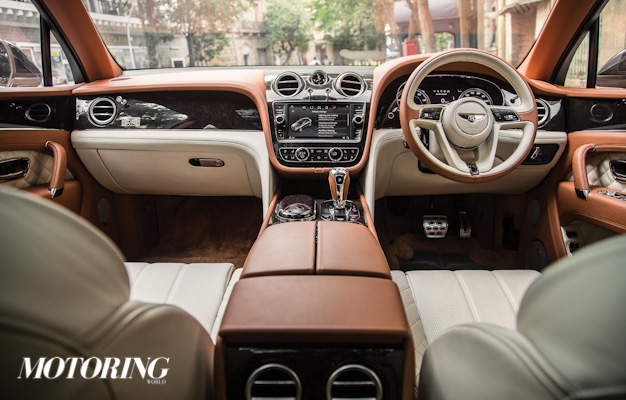 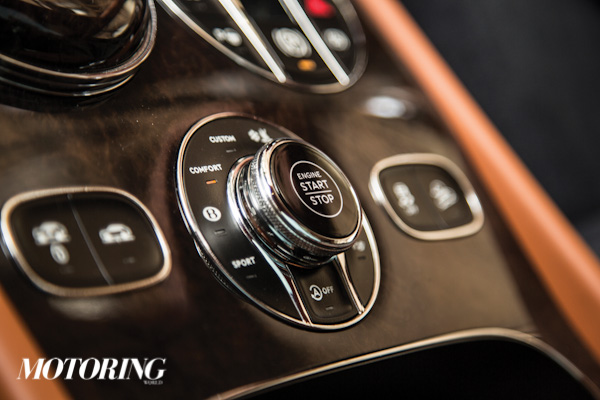 Bentley wasn’t joking about it being the fastest SUV in the world, then. And to keep things in check there are a lot of clever things happening all the while. Examples? There’s a four-wheel drive system to help you stay on the sticky stuff, a roll-mitigation system to, well, mitigate (body) roll, and there are four tarmac driving modes and another four modes for when you’re off the road. The only two I managed to fiddle around with were Comfort and Sport modes, the difference between them I’d liken to Huckleberry Hound and the Roadrunner, respectively. Everything feels so much more alive in Sport — the suspension stiffens, the gearbox gets edgier with its shifts and the steering feels more appropriate with regards to weight when you’re at stupid speeds. 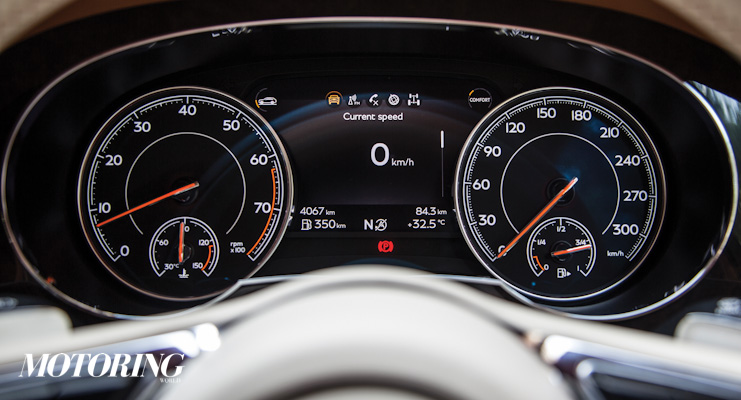 Speaking of which, the electric steering, one that I expected to be as useful as an instructional video on how to survive a nuclear bomb above ground, is good — surprisingly so. It’s a bit light earlier on, but as the speed piles on it’s actually pretty chatty. It goes without saying that it’ll be out of its depth on, say, a rally stage, but your stupidity knows no bounds if you try to subject it to something like that. The off-road bits are a slight mystery for now because I didn’t get the chance to dump it there, but rest assured that the Bentayga is a very nice car to drive. How many times have you gotten the chance to say that about a car that weighs as much as a hotel? 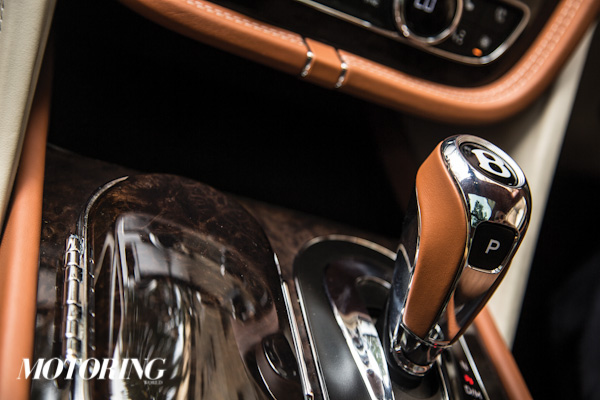 The other aspect that Bentley wanted to nail was the luxury bit and even here, it’s everything you could ask for. The Bentayga’s cabin is as opulent as any and has enough to keep a tech-obsessed, button-pressing adolescent content for a good while. It’s all very pleasing to the eye and definitely some place you’d want to spend hours in. A lot of cows have been sacrificed to make your ride really plush and if somehow you find that the Bentayga’s lacking, then Bentley’s options list will take care of it. Search hard enough on that list and you’ll find a gold-plated basin replete with a canary singing as you freshen up too, I assume. What struck me as particularly impressive was just how comfortable things can get at the back. Massage function on ‘Wave’ and the seat reclined all the way back, I asked my colleague to switch to Sport mode and basically attempt a crack at Mach 1. Even with the suspension taut and the speed rising alarmingly, I could very well have balanced a bowl of milk on my head and not had anything spill over. Well, not really, but you get the point. So why, then, am I not convinced yet? 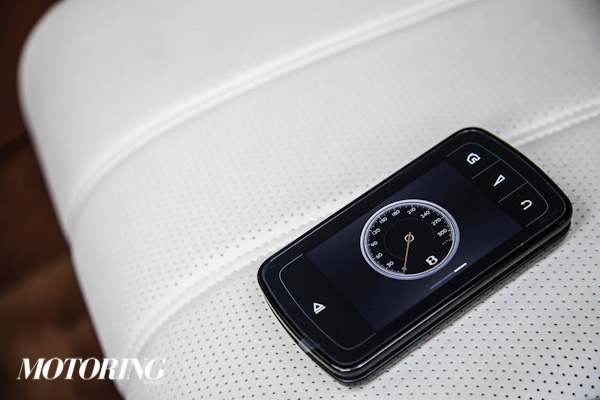 There are a few big reasons and they’re easy to spot. Now, I understand this is Bentley’s first crack at the SUV side of things and it’s not easy to make something as large look proportional or, well, graceful. It’s not impossible either, though, and if you need proof, just have a look at other full-fat premium SUVs like the Audi Q7 and the Volvo XC90.  Or even the Range Rover, for that matter. None of them personify gorgeousness, but they’re still very striking, to say the least. The Bentayga, on the other hand, is best viewed from a slight distance. Mars, perhaps. Then there’s the matter of having this much power in an SUV that has no right going that fast. What was the thinking there? To put it simply, it’s as unnecessary as a well is to a village on the banks of a river. I hardly think the profile of potential owners has in it a description that reads, ‘Has family, loves power, is blind.’ And the big reason is that prohibitive price tag. If I skipped over to the Land Rover showroom and put my money down on a Range Rover, it would be much cheaper. Not just any Range Rover, mind you. The bonkers 5.0-litre supercharged V8 with all the bells and whistles. To put it into numbers, I’d have at least Rs 1.5 crore to spare after I’m done buying that bonkers RR instead of a decently kitted out Bentayga. That’s a big amount whichever way you look at it and let’s not forget that even though the RR’s V8 is a bit down on power (it still makes more than 500 bhp), it’s hardly what you would call a slouch. See the conundrum here? 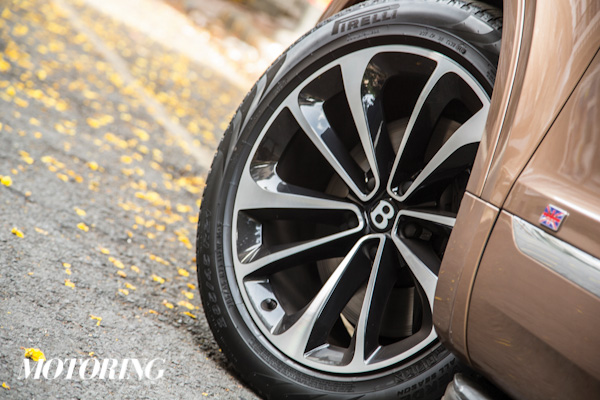 Having said all this, there is light at the end of the tunnel, apparently. Rumour has it that there are coupe and long-wheelbase versions of the Bentayga on their way and with these there’s the hope that there’ll be a slight change to the way it looks as well. It’s easy, though, to criticise while you’re sat in a comfortable chair. Bentley’s done a tremendous job with the Bentayga, all said and done. It’s bloody quick, undeniably luxurious and has an immense presence on the road. Think of it as the perfect way to scare your family really fast and comfortably. In the meanwhile, I’ll do everyone a favour and see if Bentley serves it up in a camouflage colour. 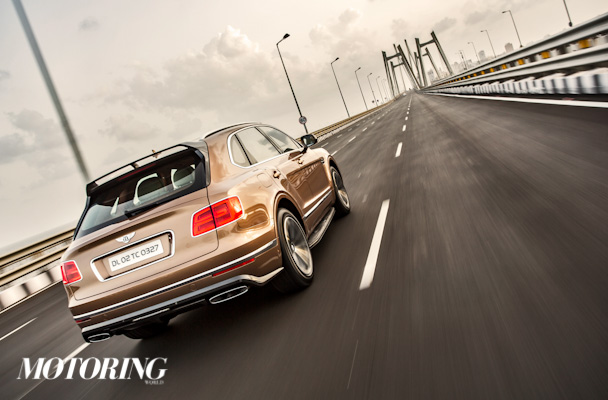