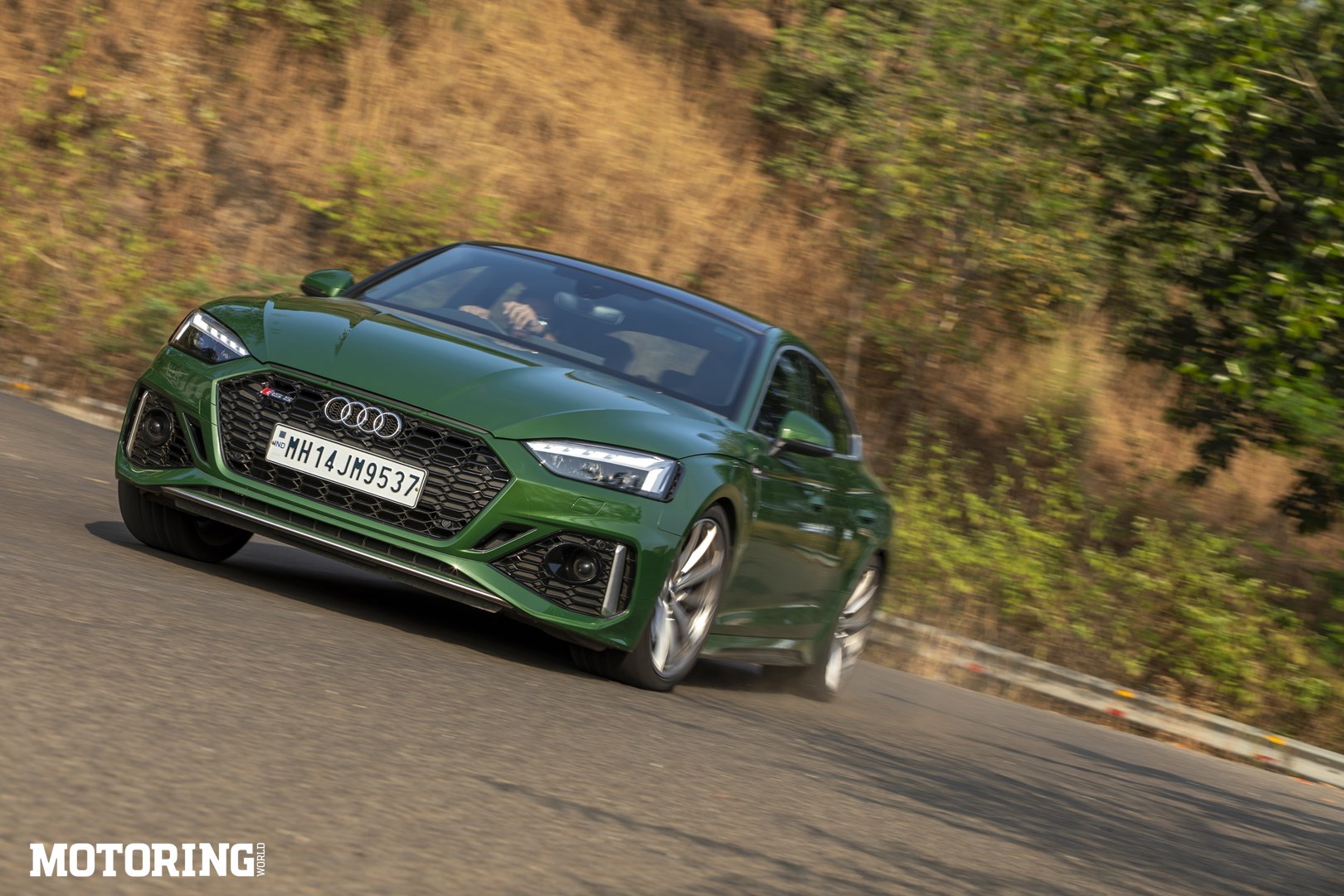 If I had to pick one car from the Audi stable that I’d want to own someday, it’d be the S5 Sportback. Back in 2018, I had that sleeper sedan for enough time to have practically lived with it, and it was the exact manifestation of what I enjoy the most in a car — handling. And all of it was down to the quattro system that I got to experience in all its glory. Previously, I’d also driven the RS5 Coupe, but despite the extra power and all the grip at its disposal, it didn’t really do it for me. 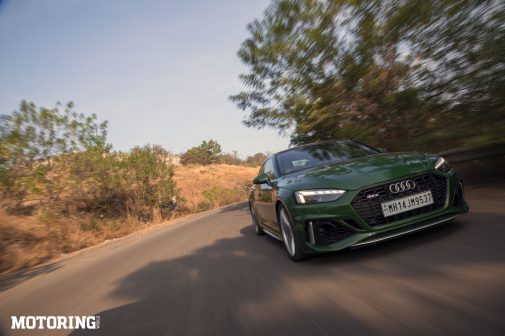 The sole reason for that was the ride quality, as one could feel each and every pebble cut through the seat even in the plushest suspension setting. The reason I have mentioned all of the above is because the RS5 you see here, gleaming in that beautiful Sonoma Green, is no longer a two-door coupe but a four-door Sportback. To make sense of it, this makes the RS5 Sportback a faster and sportier version of the S5 Sportback. And that is exactly how it turned out, a heightened experience with more power, more electronics to exploit that, and complete with a more aggressive design.

I am a sucker for sedans and the proportions of the RS5 are just spot on. Yes, it probably has the same silhouette as the S5, but every line and crease seems so pronounced that it makes the car look more menacing. The bumpers have a very aggressive look with lots of grilles to vent air into the motor and also to the brakes for cooling. The car gets the latest headlamps featuring Audi’s new LED signature DRL design. The same treatment has been done for the tail-lamps, too. The car sits on 19-inch alloys due to which I had already started to mentally prepare for a harsh ride similar to my last experience. But I was soon proven wrong.

Audi has dropped the adjustable damping that changed how the suspension performed in different settings. Although it is a recommended feature when you are talking about the RS badge, the ride quality is now a lot more pliable and easy to live with, in my opinion. Yes, road irregularities still do get transferred through the seats, but they are not intrusive enough to rob any of the driving pleasure this car offers.

The RS5 comes with the same 3.0-litre V6 twin-turbocharged motor that also does duty in the S5 Sportback. But here, the motor has a different state of tune as it pumps out 444 bhp of max power and 61.18 kgm instead of the 354 bhp and 50 kgm in the S5. Since the turbos are located between the cylinder banks, there is hardly any lag to be felt on flooring the accelerator pedal. One of the other reasons for that is the lightning-fast operation of the 8-speed torque converter that is superbly crisp and fast in shifts. So quick, in fact, that it made me doubt whether it was a dual-clutch transmission instead of what the spec sheet said.

This sporty sedan that isn’t much of a sleeper thanks to its pronounced looks, lip spoiler, and large twin-exhaust tips. It also comes with three driving modes — Comfort, Dynamic and Auto. Comfort is best suited for city use wherein the steering is lighter and power delivery is more relaxed, while the exhaust remains muted to not draw the attention of the cops. Dynamic mode tightens up the steering for more direct feedback, while the engine is more eager to hit the redline from the moment you accelerate, and the exhaust flaps open up for more performance and enhance the experience. The third is Auto and as the name suggests changes modes according to the driving style.

What the RS5 gets extra are two customisable RS modes that let the driver set up the car according to their preferences. You can choose between a comfortable setup with a more pronounced exhaust note or vice versa, as one wishes. What also changes on selecting the RS is a sportier MMI dashboard. Besides all the major information, you also get the g-force meter that displays the lateral and longitudinal forces acting on the car while cornering. You also get a boost meter and a torque meter showing what the engine is up to in real time.

It all comes together for a fantastic and engaging driving experience that never gets boring. From attacking long sweeping corners at mind-boggling speeds to making gaps through traffic, the RS5 does it all with ease. While the S5 is already an excellent handler, the RS5 takes it up by a few notches and lets one exploit the capabilities of quattro even more. The RS5 sticks to its line in corners as if it’s on rails. And while you’ll seldom have to make corrections, if you do have to change lines mid-corner, the RS5 manages to do that, too. And for me, that is a higher degree of joy and excitement than power. 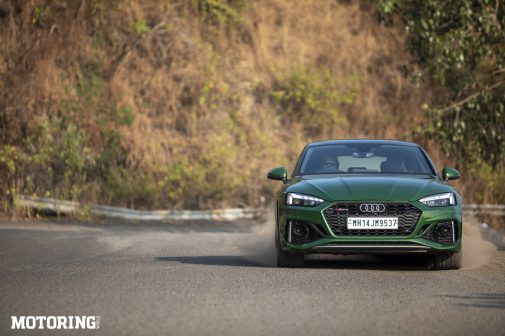 The RS5 is undoubtedly a fantastic car that can actually be driven every day. The ground clearance is low, but surprisingly for the time I had the car the underbody didn’t scrape anywhere even once. The interior is typically Audi; people who rate driving pleasure over plush luxury won’t have an issue with it. Yes, you do get Alcantara-bolstered seats and trims, and massage function for the seats, which is most welcome. But above such trivial details, the RS5 is a fast car that sprints like hell, grips the road like glue, and looks like a well-sculpted athlete, all with the practicality of a four-seater. I think I know which is my new favourite sedan now.