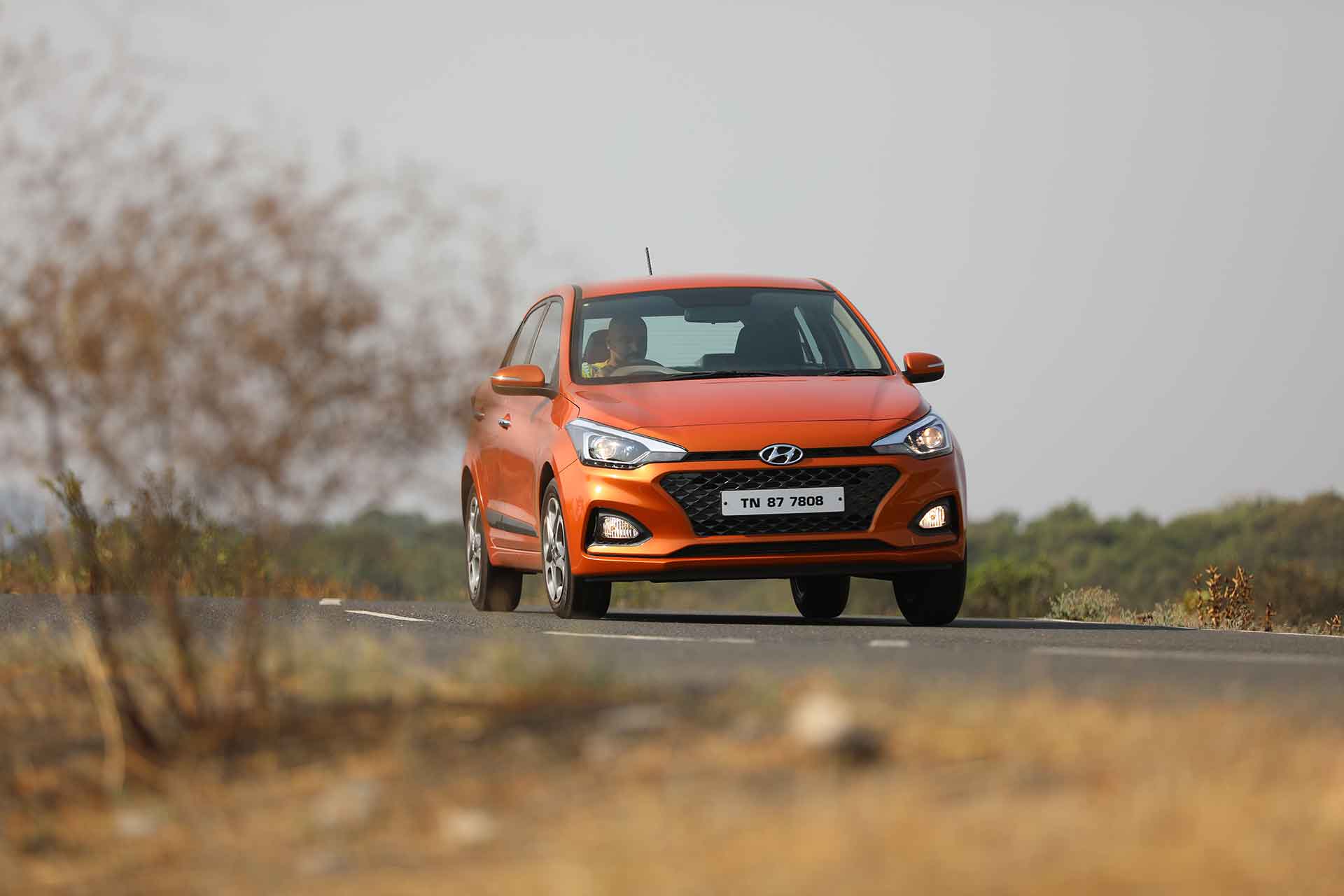 This is the new 2018 Hyundai Elite i20, and there are quite a few reasons to read the following write-up. Launched at the recently concluded Auto Expo, the new-ish i20 has a fair few things added to make it a better deal. A response to the new Swift launching? Well, probably, but seeing as it’s been in the market for a while, it was due for a refresh anyway. 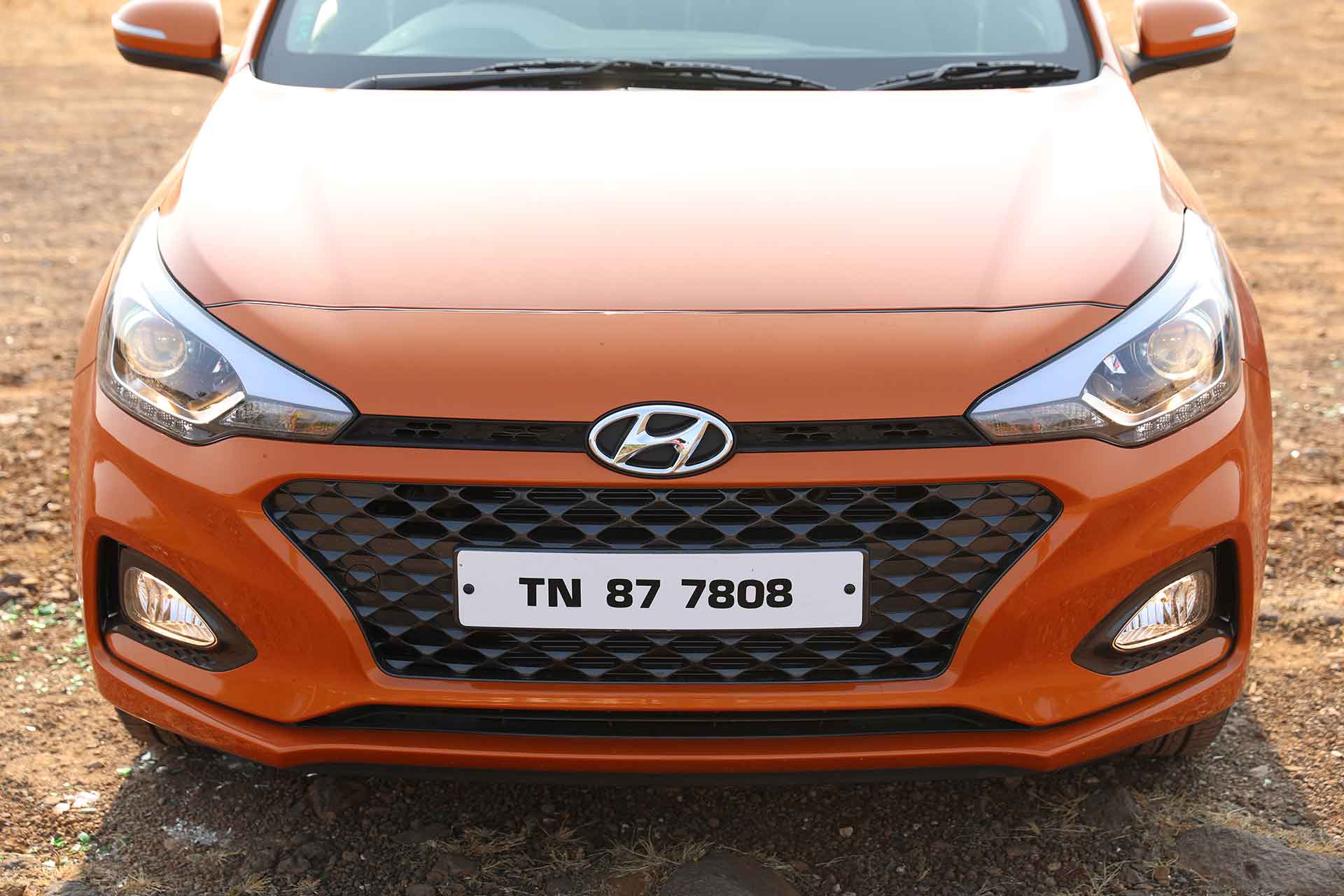 Here’s what we gathered from our drive in the new i20: it all works. What you get are projector headlamps, LED DRLs, cornering lamps, some really sweet-looking 16-inch alloys and a redesigned set of tail-lamps. I’m not quite sure why Hyundai thought to redesign them, because aside from the obvious inspiration from the a certain Alfa that the previous one had, the rear looked pretty nice already. Nevertheless, the new tail-lamps don’t look bad in any way. They’re quite solid and striking, in fact, and the Elite i20 continues to be one of the sweeter-looking premium hatchbacks around. There’s also this striking new dual-tone orange shade that looks way better than what it looks like in pictures, so that’s a pretty cool deal. 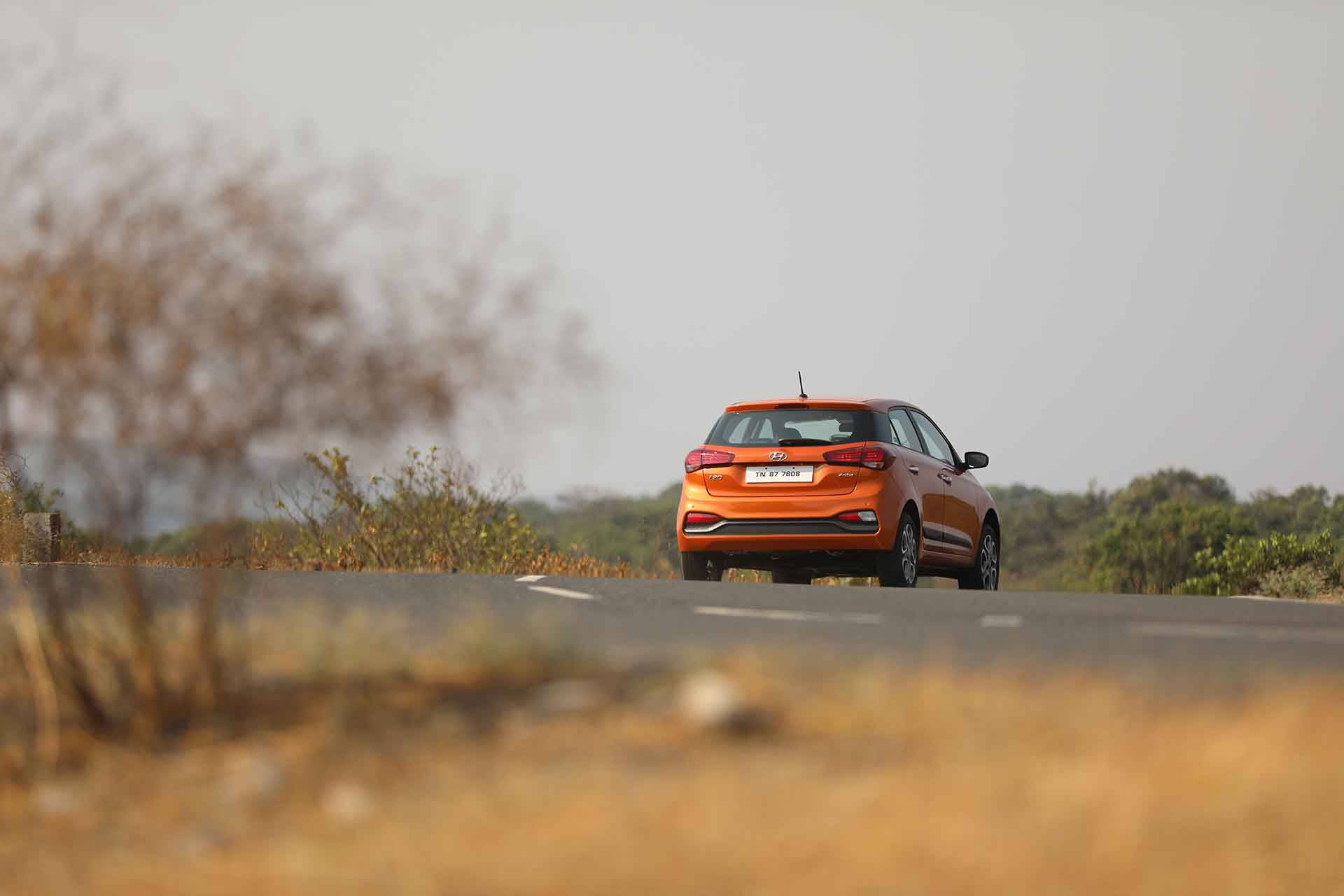 That’s about it on the outside. As for the interior, there’s a lovely 7-inch touchscreen that works fantastically well even under harsh sunlight. Seven inches of real estate isn’t really the biggest (it’s the biggest in its segment, though), and it gets a little odd to use on the move, but you shouldn’t be doing that in the first place, so this whole sentence is null and void. 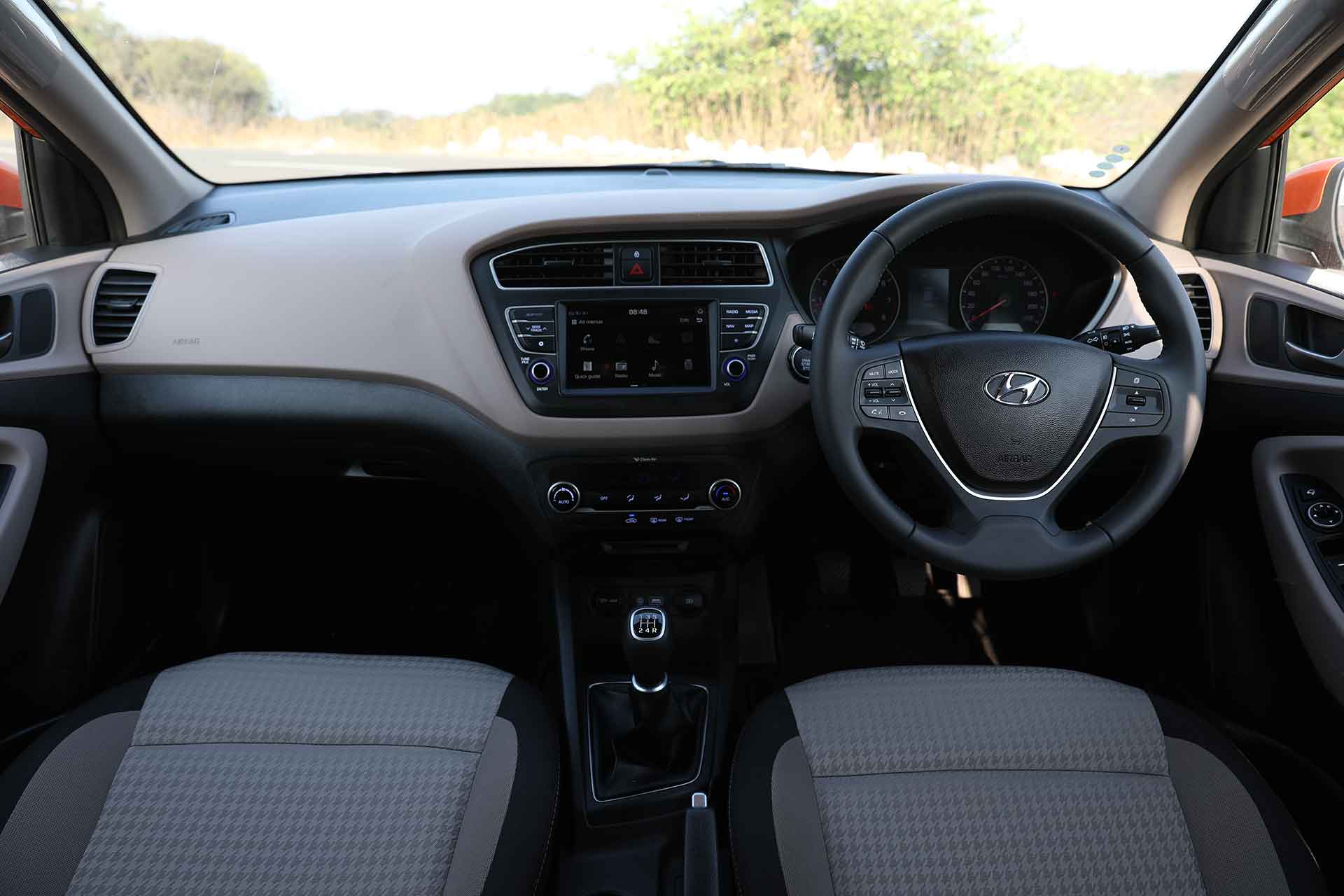 You have the usual suite of connectivity options like Android Auto and Apple CarPlay and audio is dealt with a very nice-sounding Arkamys sound system. There are also rear AC vents, ABS and dual airbags as standard (you can spec up to six airbags), speed-sensing door locks and reverse parking camera. Safe to say that it’s pretty well kitted out, then. 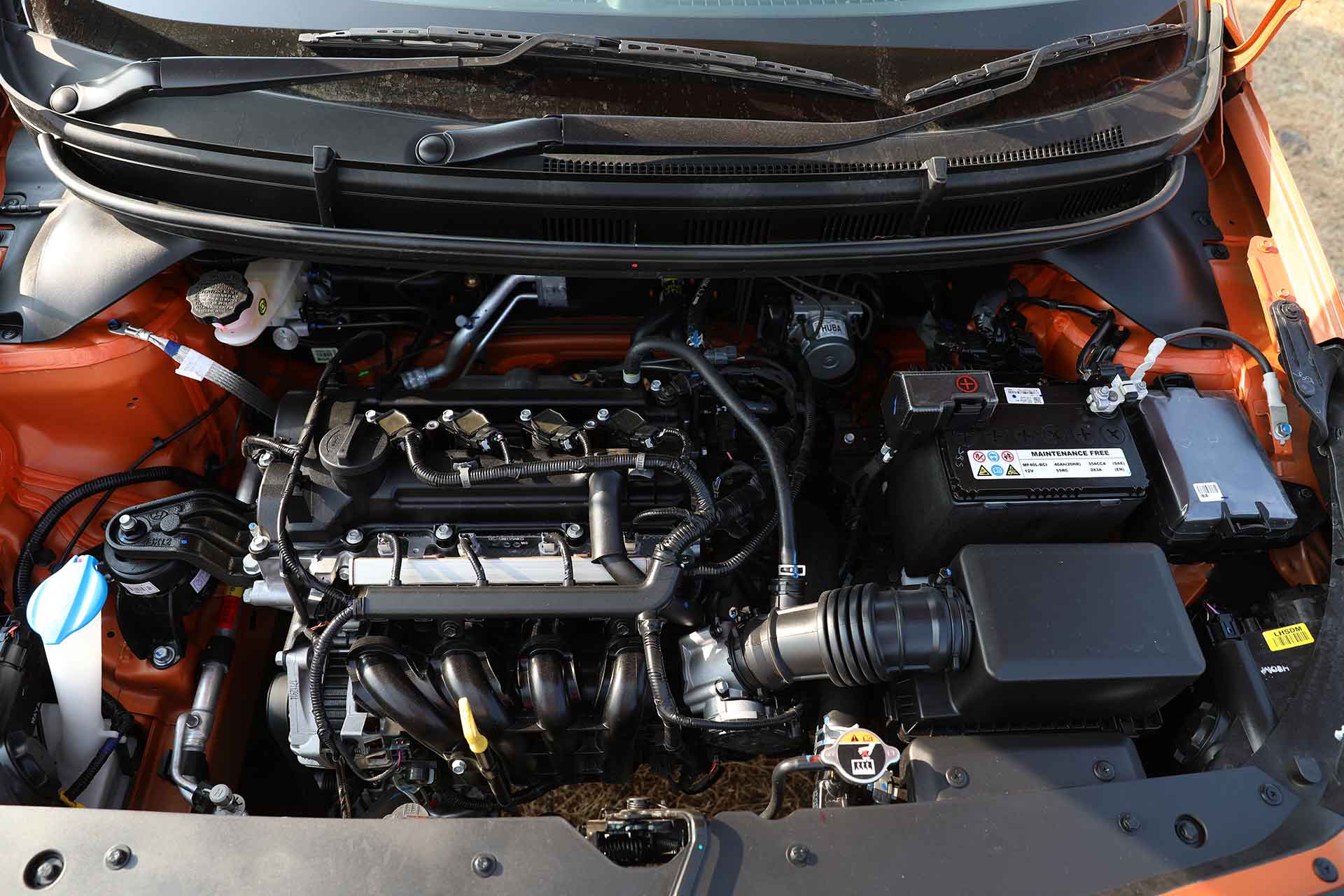 As for the engines, well, you get the same 1.2-litre Kappa petrol that makes 82 bhp and 11.7 kgm, while the 1.4-litre CRDi diesel makes a bit more power at 89 bhp and a bunch more torque at 22.4 kgm. Now, while there aren’t any changes to the engine units per se, they have been tuned to be more economical. Hyundai claims an increase of nearly 9 per cent, which is quite impressive. To that effect, the petrol gets an ARAI-rated 19 kpl, while the diesel gives you a pretty decent 24.4 kpl. 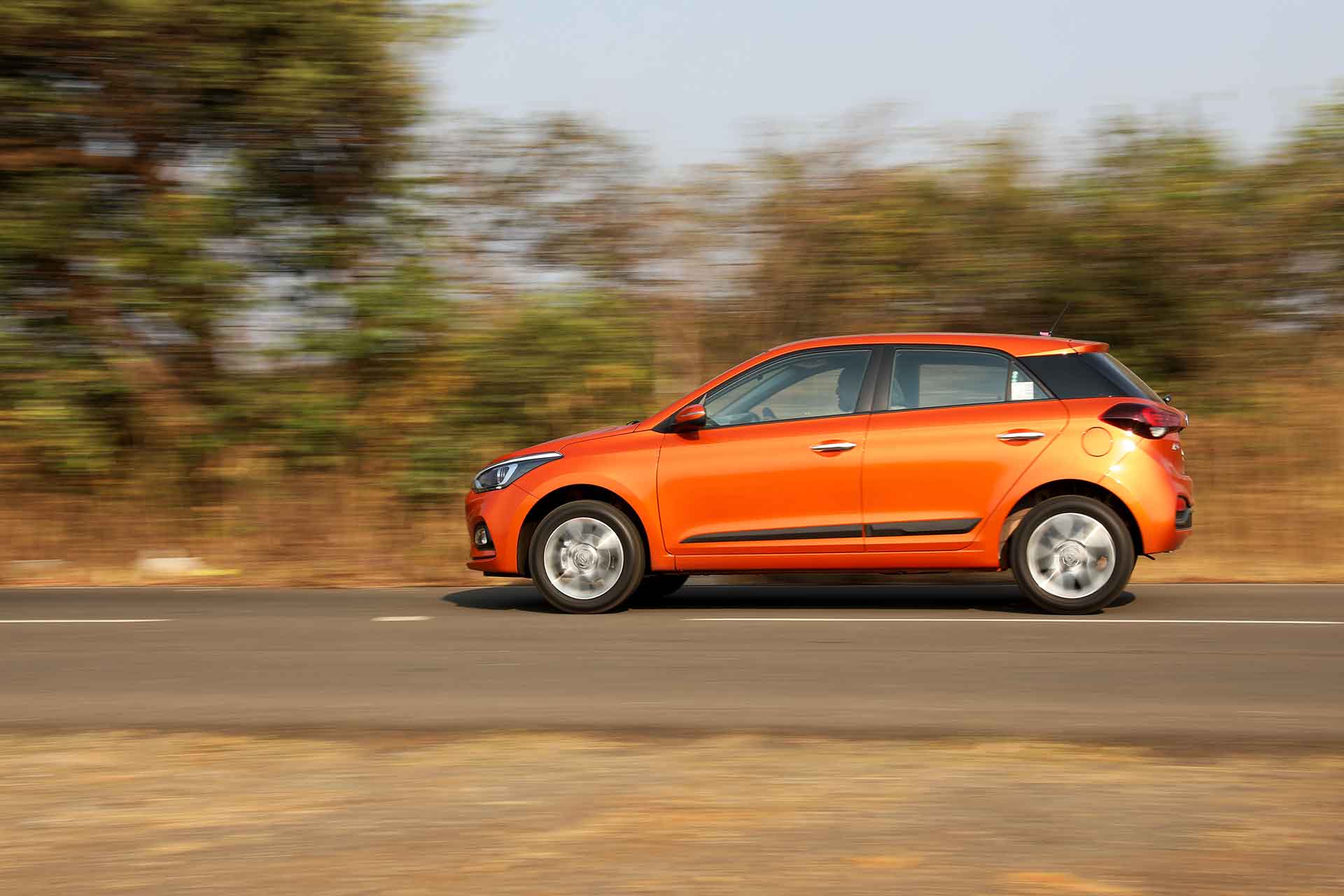 For the purpose of this review, we were supplied with the 1.2 petrol, which drives pretty much like the previous one. The engine delivers power in a smooth and linear manner, but the lack of torque lower down the rev range is plenty apparent. This makes it a bit of a problem in stop-go traffic as you have to nurse the clutch every time you set off to avoid stalling the thing. It’s also not the punchiest engine higher up the rev range, so highway cruising gets a bit cramped as well. The lack of any meaningful torque anywhere across the rev range is pretty much always apparent, which is a shame because the car is pretty sweet otherwise. It handles well, rides very well and can manage our potholes and craters with ease. I also wish the steering was a bit more communicative, but since high speeds aren’t really its forte, it’s not a complaint really. 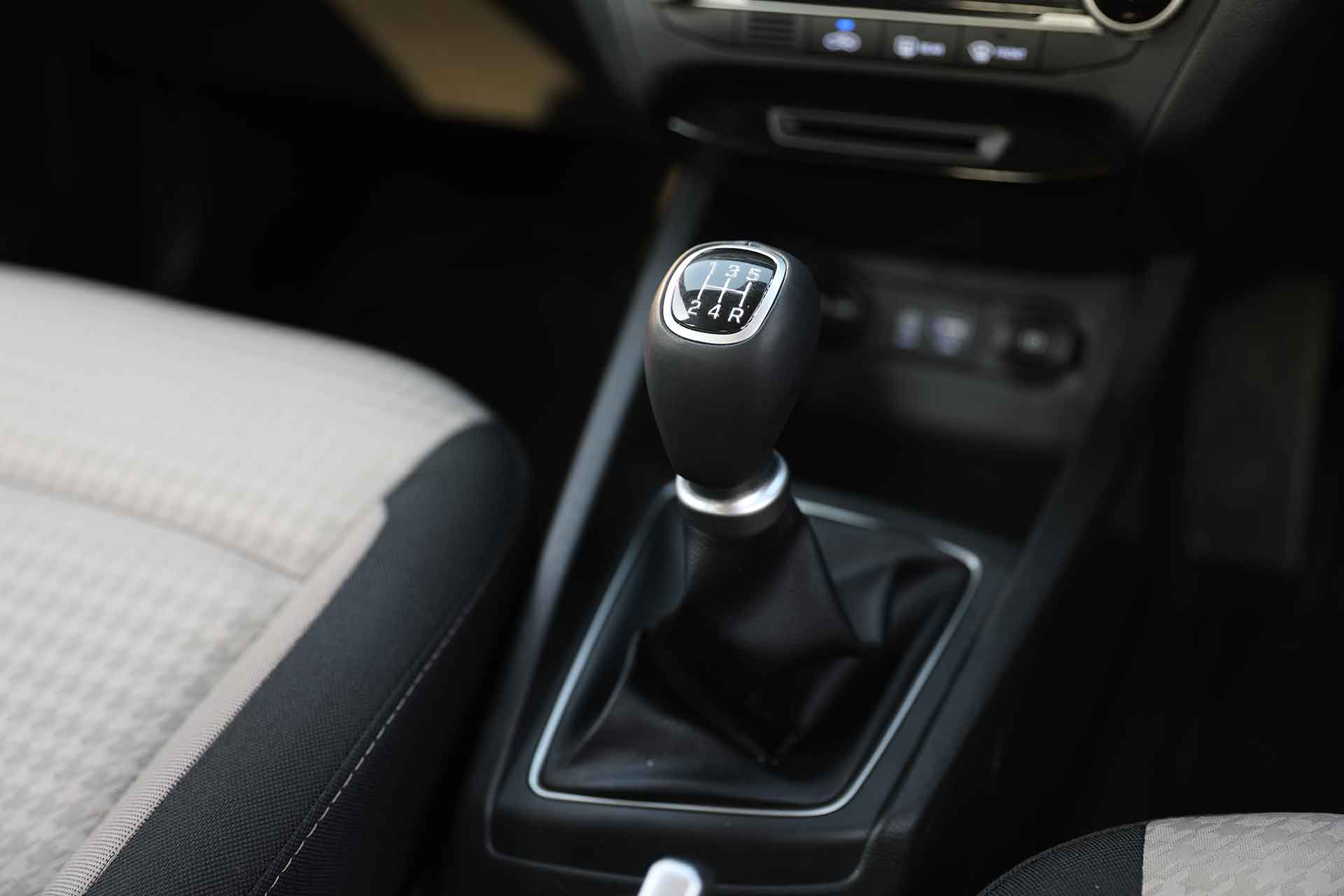 The 2018 Hyundai Elite i20, in the end, is a pretty sweet car if you can forgive the relative non-punchiness of the petrol. Since not much has changed, I’m sure the diesel will be a much better car to drive, and that’s what most people will pick up anyway. Keeping that in mind, the new i20 is hard to ignore in the premium hatchback segment. You can get the petrol and diesel in five trims (Era, Magna EXE, Sports, Asta, and Asta {O}), and the prices start at Rs 5.34 lakh and stretch to Rs 9.15 lakh for the Asta (O). Additionally, if you want the dual-tone Asta, there’s an incremental price of Rs 25,000. Worth it? I’d say so. Totally.

You can have a look at other photos of the 2018 Hyundai Elite i20 in our detailed photo gallery by clicking here.