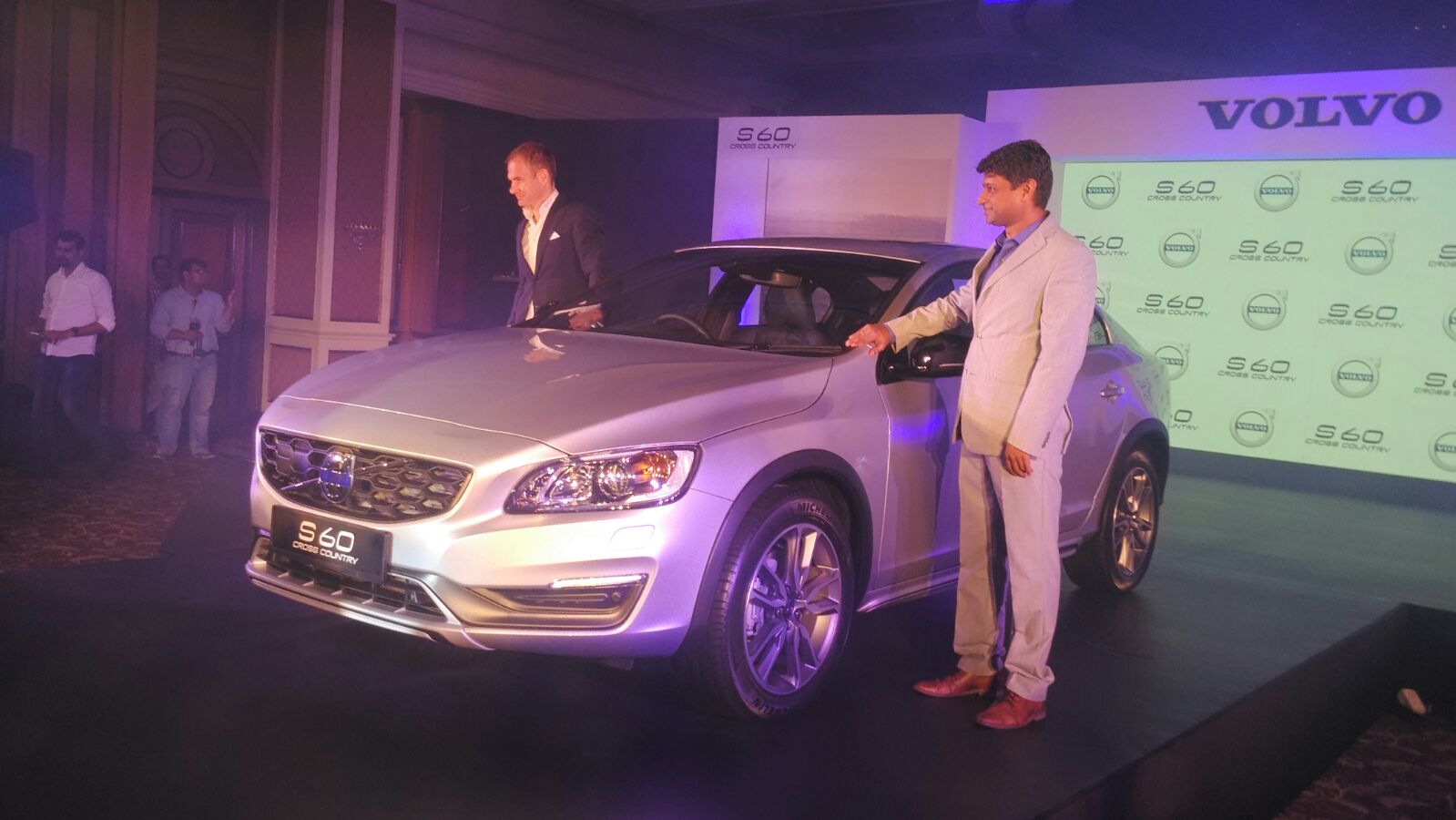 If your daily routine involves inspecting your dusty construction project in the city before grabbing lunch at a five-star hotel and then making your way to the farmhouse in the outskirts, the Volvo S60 Cross Country might just be the car for you. The Cross Country, launched at Rs 38.9 lakh (ex-showroom Delhi) is a new variant of the standard S60 sedan but with greater ground clearance (now 201mm, up from 136mm) and all-wheel-drive as standard. The all-wheel-drive is a Haldex unit, which transfers 95% of the power to the back wheels in normal driving conditions, but can split the power equally between both axles if things get slippery.

For the adventurous (or for the slopes in the housing complex), the Cross Country also gets Hill Descent Control and Hill Start Assist. It gets the same 2.4-litre 5-cylinder diesel from the sedan, but with the power detuned to 187 bhp (28 bhp less) and 42.8 kgm (down from 44.8 kgm). It will still hit 100 kph in 8.8 seconds according to claimed figures, so the detune doesn’t put one at much of a disadvantage. Transmission duties are carried out by the same six-speed automatic from the sedan.

On the outside, the Cross Country gets wheel arch cladding and silver skid plates a la the V40 Cross Country together with attractive twin-spoke 18 inch alloys (might deter you from going through that slushy patch, though). On the inside, its business as usual, with the minimalist and classy S60 interior being carried over for the Cross Country, although its starting to show its age. The next generation S60, who’s styling will be in tune with Volvo’s new design language is a year or two away.

The Cross Country has no competition to speak off. With the recent rise in popularity for premium crossovers, the S60 CC is quite a unique product for the person who might like to stick with the sedan body-type but could do with a bit of rough terrain capability. At the rate at which our city roads are deteriorating, that’s not a bad advantage to have! At the Rs 38.9 lakh, its right in the middle of the German premium crossovers and the German compact luxury sedan segment , and in that fast growing market there is bound to be some Cross-shopping.