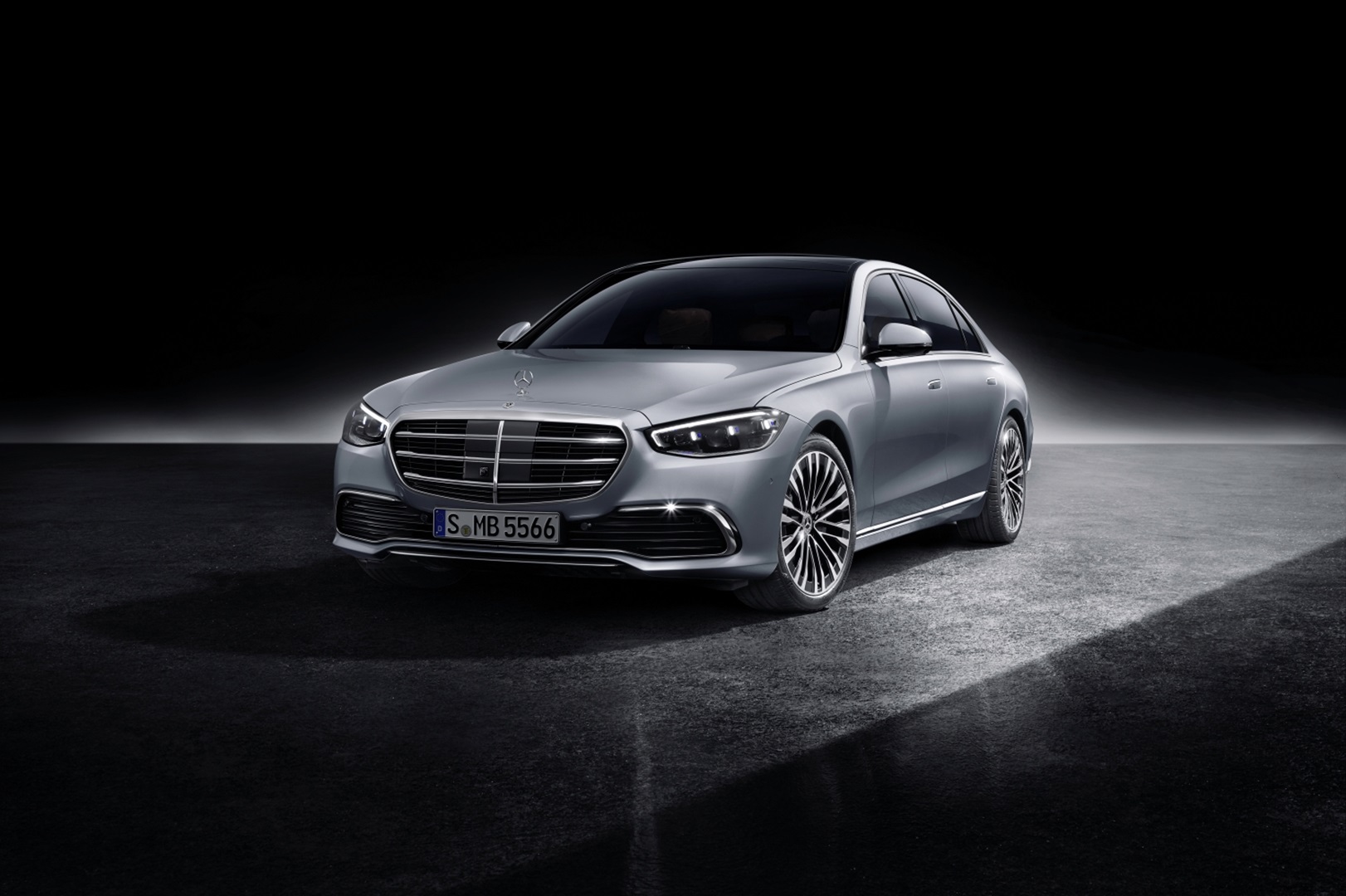 For generations now, the unveiling of a new Mercedes-Benz S-Class meant a showcase of features we’d expect to see in mainstream cars throughout the next decade. It’s a car that has pioneered so many of the features we now take for granted. Now that the next-generation is finally here, you might want to brush up on your computer skills because there’s a whole lot of tech that drives the new S-Class. The all-new Mercedes-Benz S-Class brings you the future of car technology from its next generation MBUX system to industry-leading safety features, the S-Class has got it all. 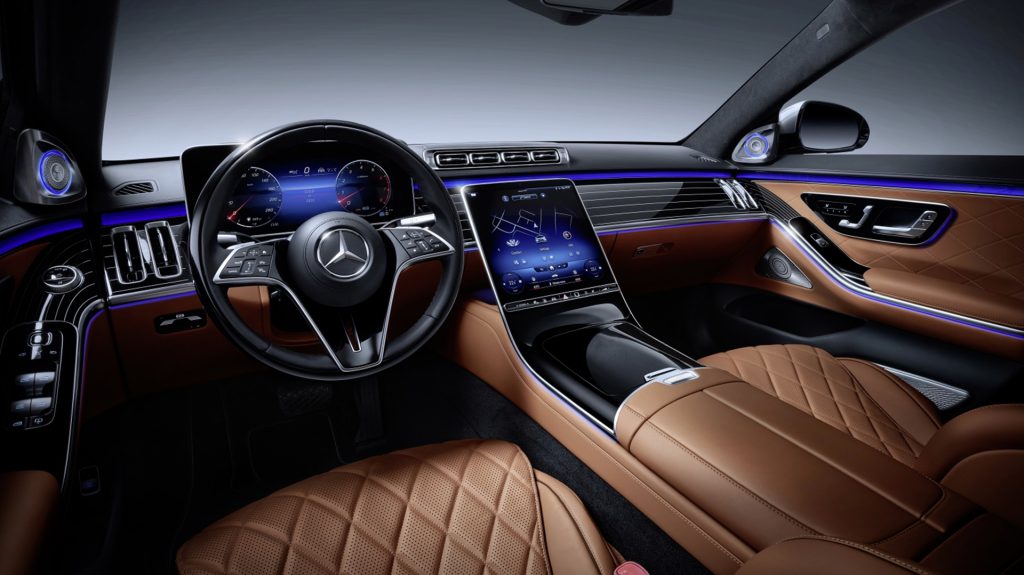 Design-wise, Mercedes-Benz traditionally follow a top-down philosophy which means the S-Class pioneers a design language that then is trickled down across the range, but this time, it seems like that timeline has been disrupted. The new S-Class takes after the facelifted E-Class which was unveiled earlier this year. Up front, it gets a three slat grille with plenty of chrome and under that sit the large air intakes. The rear of the car gets triangular taillamps and prominent exhaust tips finished in chrome. We’re not sold on the front-end design yet, but we’re definitely fans of the side-profile and rear of the car. With a push for more efficient cars and electrification, aerodynamics plays a large role in the design of the car, too, and in this respect, the S-Class doesn’t disappoint with a drag coefficient of 0.22 d. Not bad for a seemingly upright nose, that number!

Even with the increase in overall size, the new S-Class’ turning radius has become shorter by 1.9 m, thanks to the optional rear-axle steering. Other innovative features include the ‘E Active Body Control’ will scan the road ahead for bumps, dips, and corners and adjust the suspension preemptively. This system adjusts the damping rate 1000 times in a second. 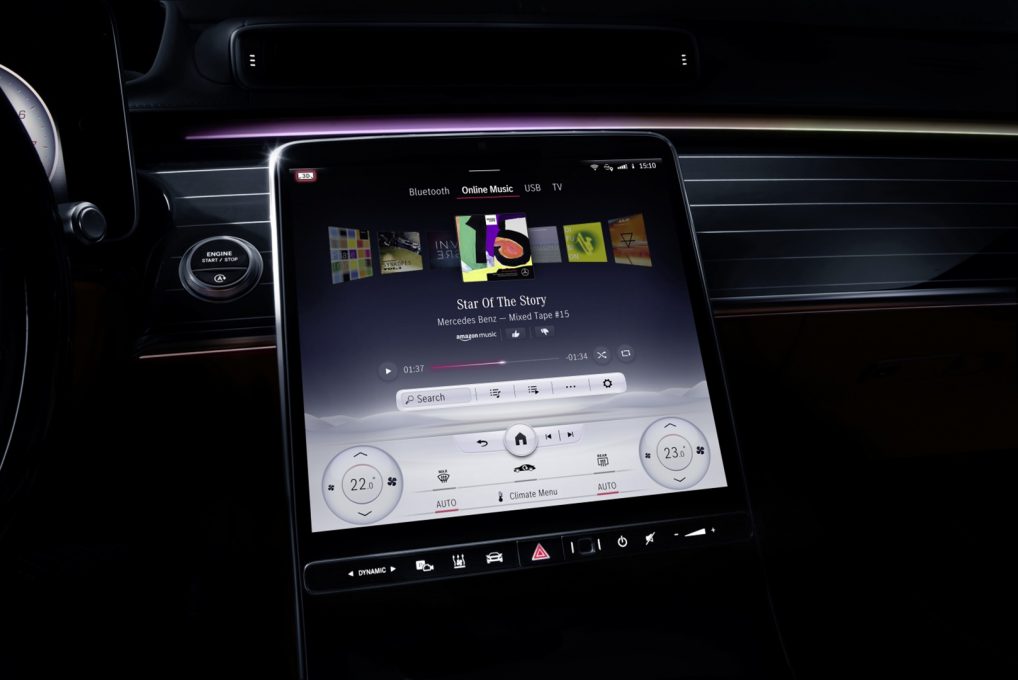 On the safety front, the new S-Class features the world’s first frontal airbag for the rear-seat passenger as well as the ‘Pre-Safe Impulse’ which detects an impending T-bone accident and raises the car up by 80mm to mitigate the effects of the collision. Then you have the optional ‘Digital Light’ headlamps which have millions of micro-mirrors that project symbols or guidelines on the road to alert the driver and automatically adjust the beam height on an uphill section.
Another trick up the S-Class’ sleeve is the ‘Interior Assist’ feature, which uses the eye tracking cameras to automatically open the rear sunshades when you look back.

The new S-Class splits its tech goodies equally between the front and rear half of the car. Taking centre-stage up front is an absolutely massive 32.5 cm main infotainment screen, which replaces the functions of 27 mechanical switches on the outgoing model. That’s obviously not the only screen in the new S-Class, either, there will be up to 5 screens in all. You get a fully digital gauge cluster, the aforementioned infotainment unit and three OLED touchscreens for the rear passengers. The rear screens even use biometrics to keep information and settings stored. 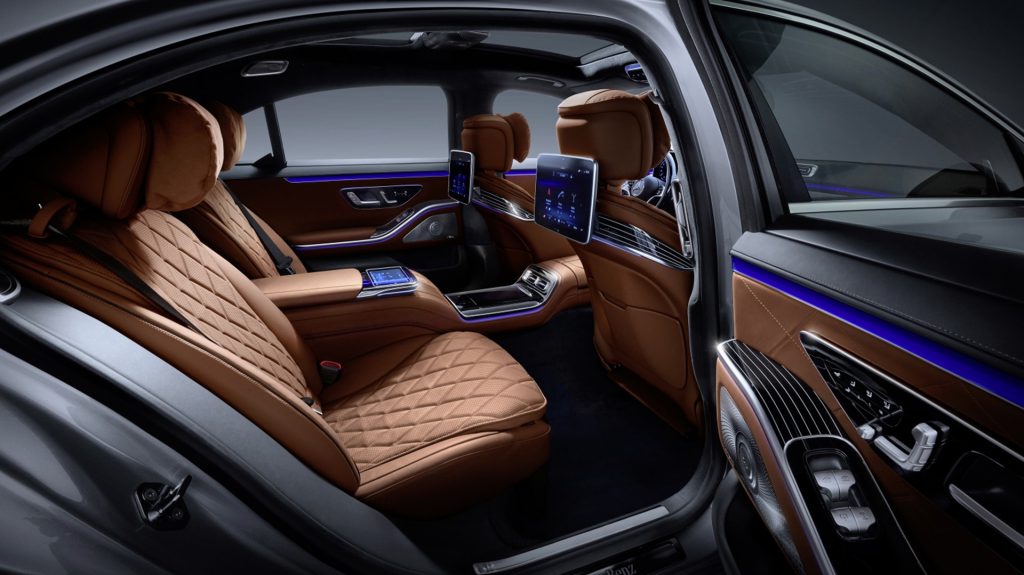 We’re not big fans of replacing physical controls with a touchscreen, but we’re hoping the updated MBUX helps you keep your eyes on the road. If you’ve had a long day at work, you can simply ask it to dim the ambient lights and play some relaxing music in the background while you can sink into the comfortable seats. 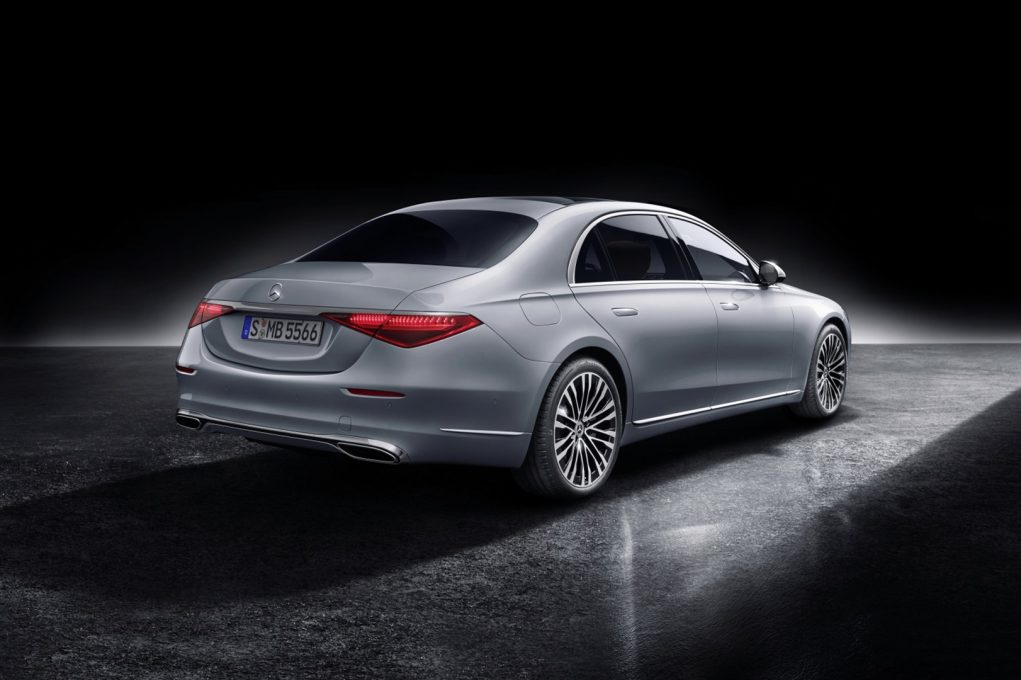