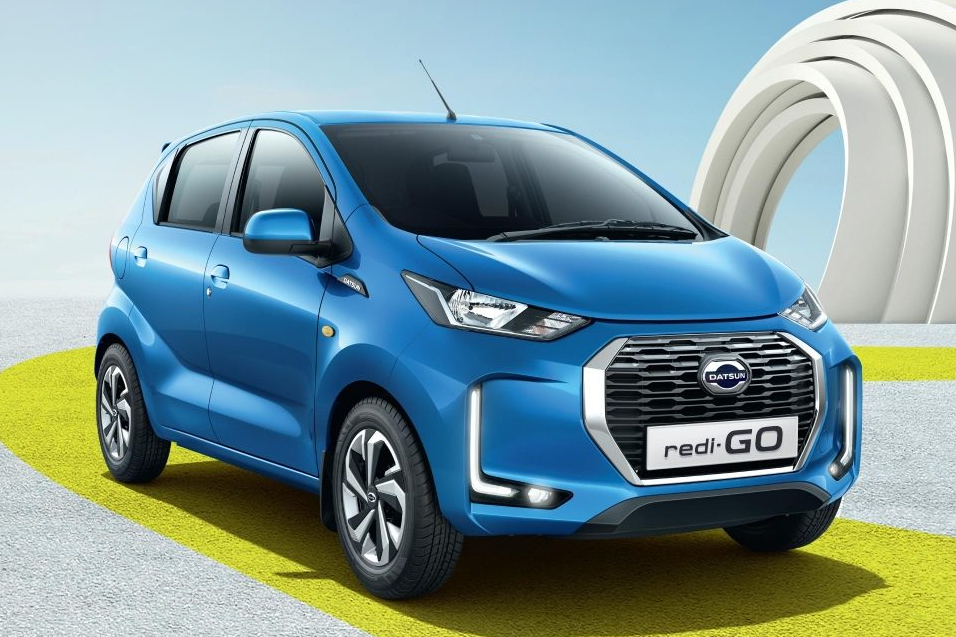 Everybody seems to be going for aggressive front-end designs these days, it’s certainly the case with the newly launched Datsun redi-GO. It brings a list of changes to the table, not a particularly long one, but enough to up its presence in the small car market.

It has two powertrains on offer, a 799cc motor, which produces 53 bhp and 7.34 kgm of peak torque, and a 999cc engine making 67 bhp and 9.27 kgm of torque. Both the engines get a 5-speed manual gearbox. However, the 999cc engine is the only one that comes with an optional 5-speed AMT gearbox.

As far as design is concerned, it gets new bumpers, an octagonal grille with a chrome surround, LED fog lights that are now flanked by L-shaped LED DRLs and a sleek new pair of headlights.

Inside, its got shiny silver inserts on the dash, the centre console and the door handles as well. The redi-GO now has an 8-inch infotainment screen with smartphone connectivity that includes Android Auto and Apple CarPlay. The screen also acts as a display for the rear parking camera.

The redi-GO is priced starting at Rs 2.83 lakh, ex-showroom, India. It manages to undercut its direct competitors, the Maruti Suzuki Alto and Renault Kwid, by nearly Rs 10,000! With all these changes, the redi-GO is sure to eat up some of its top rivals share in the entry-level hatchback market.