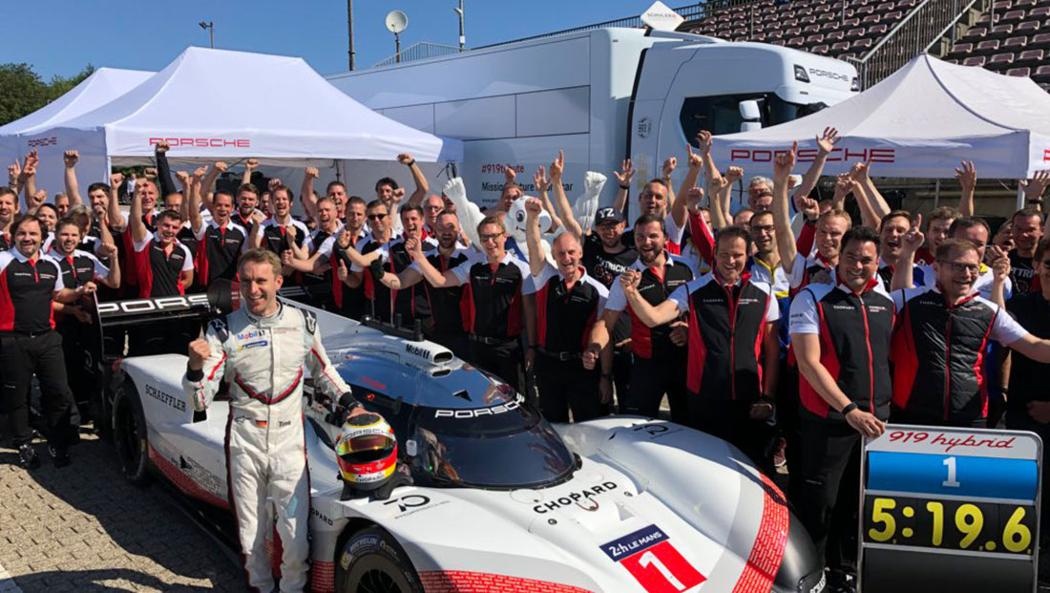 A development of Porsche’s erstwhile Le Mans racer, the Porsche 919 Hybrid Evo has been successful in showcasing the brand’s engineering prowess. But there was one challenge that no one since 1983 has managed to crack — bettering Stefan Bellof’s lap time on the Nürburgring Nordschleife. Porsche’s 919 Hybrid Evo just managed that with Timo Bernhard behind the wheel. Breaking a 35-year-old lap record is a big thing, but setting a lap time of — hold your breath — 5m19.55s isn’t quite human.

Now while the jury’s out if Timo Bernhard is actually from a different planet, let’s take a look at the massive feat. Twitter went abuzz earlier today when the lap time of 5 minutes 24 seconds was announced. That in itself was quite an improvement over Stefan Bellof’s 6:11.13 minutes that was set in his Porsche 956 C. Porsche went out again for a lap of the 20.8-km-long track, and this time was even quicker, beating its very own recently set time by four seconds.

Watch the complete onboard lap here:

As a part of the 919 Tribute tour, the company is taking the record-setting racing car around various tracks and cities around the world this year. Its next appearance will be at VW Fun Cup, Spa Francorchamps next month.