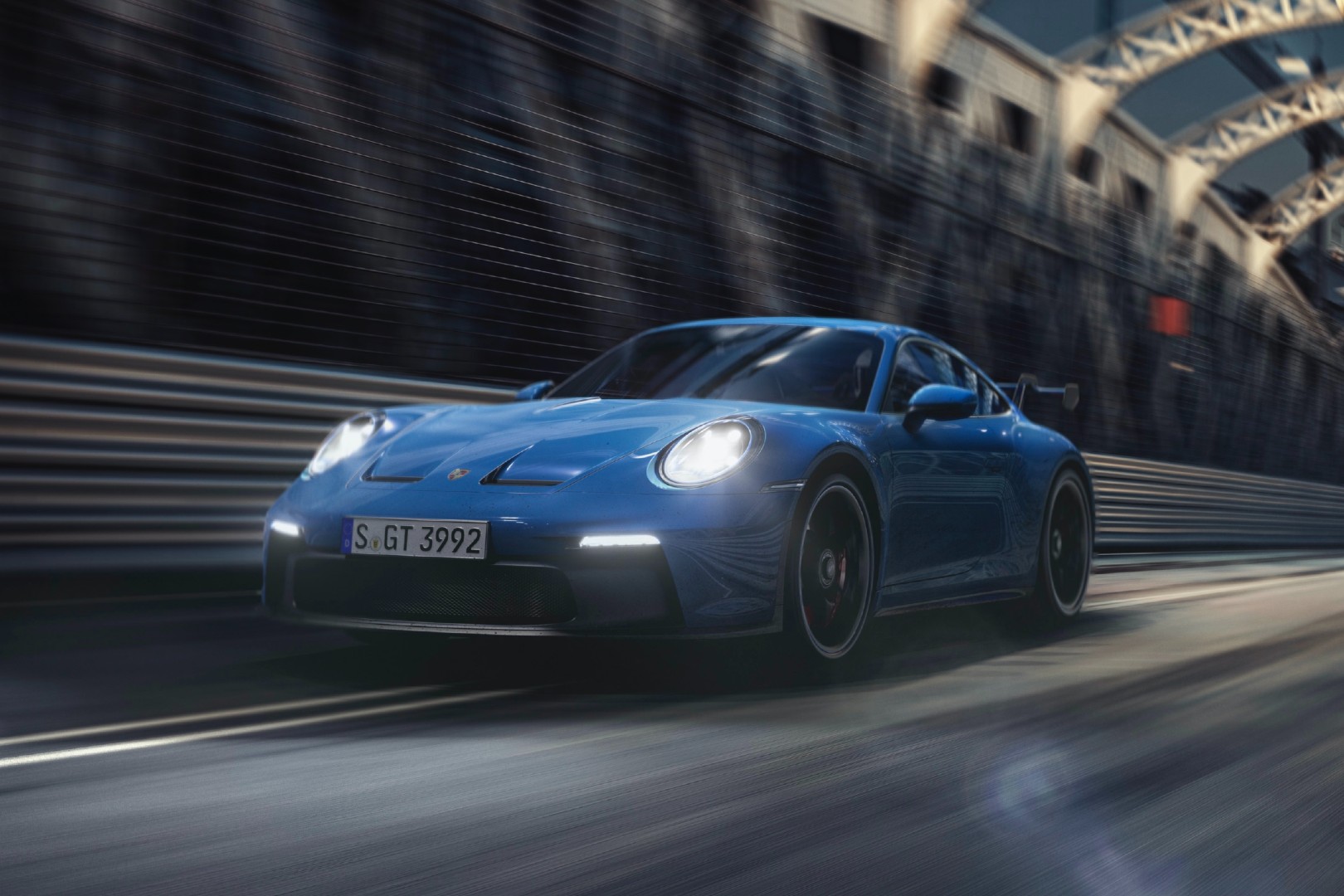 Porsche has made every car enthusiast’s eyes glimmer with desire when it officially unveiled the seventh generation 911 GT3. This has to be Porsche’s best sportscar yet and there are a lot of reasons to justify that. 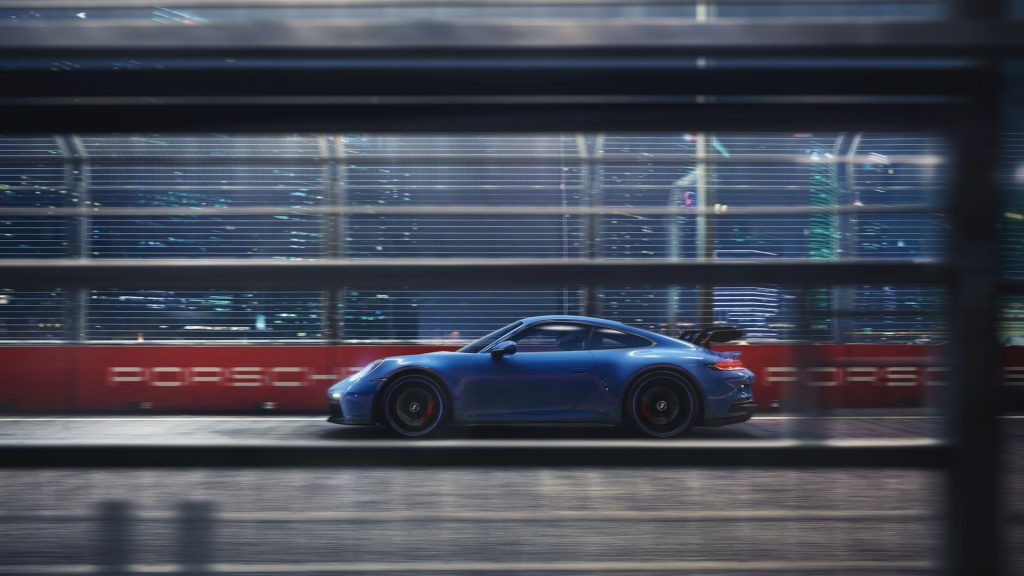 Porsche hasn’t taken the turbo route with the GT3, and still manages to produce decent performance figures. Mind you, this isn’t quicker to the 100 kph mark than a Porsche 911 Turbo, but it sure knows its way around a racetrack. Speaking of racetracks, on the Nürburgring, the 911 GT3 has set a lap time of 6m 59.927s. That’s faster than the previous generation GT3 and GT3 RS, both. All that with a 4.0-litre, naturally aspirated, six-cylinder boxer engine which produces 503 bhp and 47.92 kgm of torque. Isn’t that simply incredible? 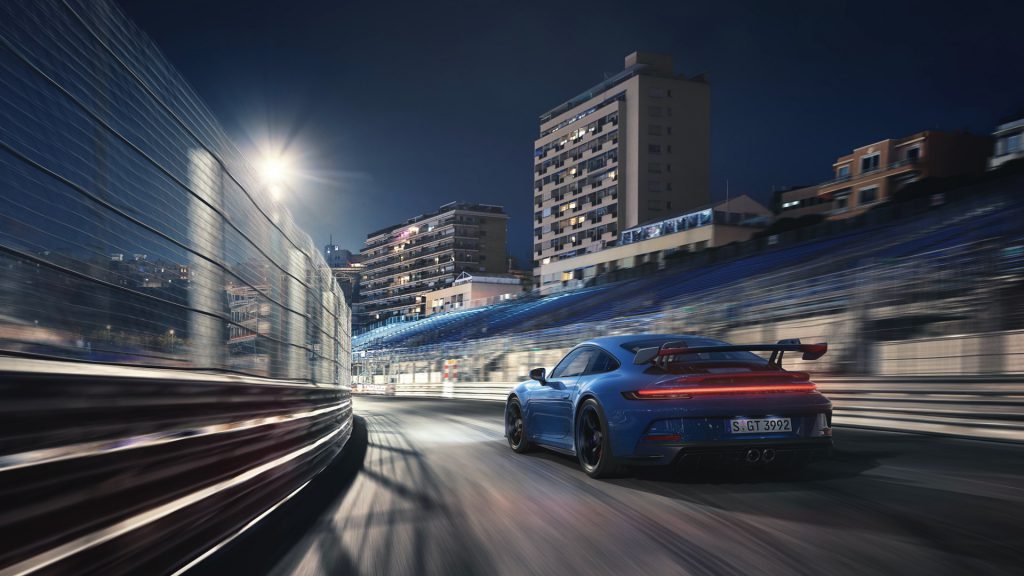 For the sake of figures, the 911 GT3 darts from 0-100 kph in 3.4 seconds and maxes out at 320 kph. Oh, and the best bit is that you can choose from a 6-speed manual gearbox or a 7-speed PDK. For the automatic gearbox, there’s a proper gearstick lever which you can use to do occasional sequential shifts by engaging in manual mode now – Porsche happily ditched the tiny gear lever from the current generation 911 Turbo. 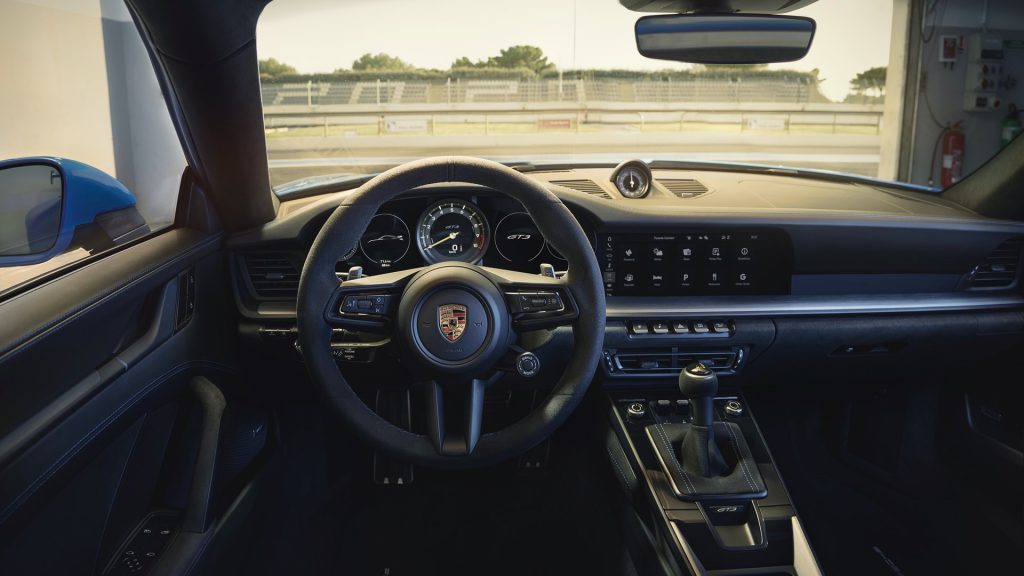 There’s more to its numbers than just the 911 Cup racecar engine. It gets rear-wheel drive and four-wheel steering. It also bears an all-new double-wishbone front suspension, manually adjustable aero package which includes the swan neck rear wing and diffuser, carbon fibre bonnet and rooftop, and the list goes on. Another astonishing comparison worth noting is that both the manual and PDK gearboxes are lighter than a standard 911 Carrera variant’s. To put that in perspective, with the manual box, the GT3 weighs in at 1418 kg and with a PDK gearbox, it weighs 1435 kg. That’s all thanks to the generous use of carbon fibre, a lightweight sports exhaust system, lightweight glass windows, optimized brake discs and forged alloy wheels. 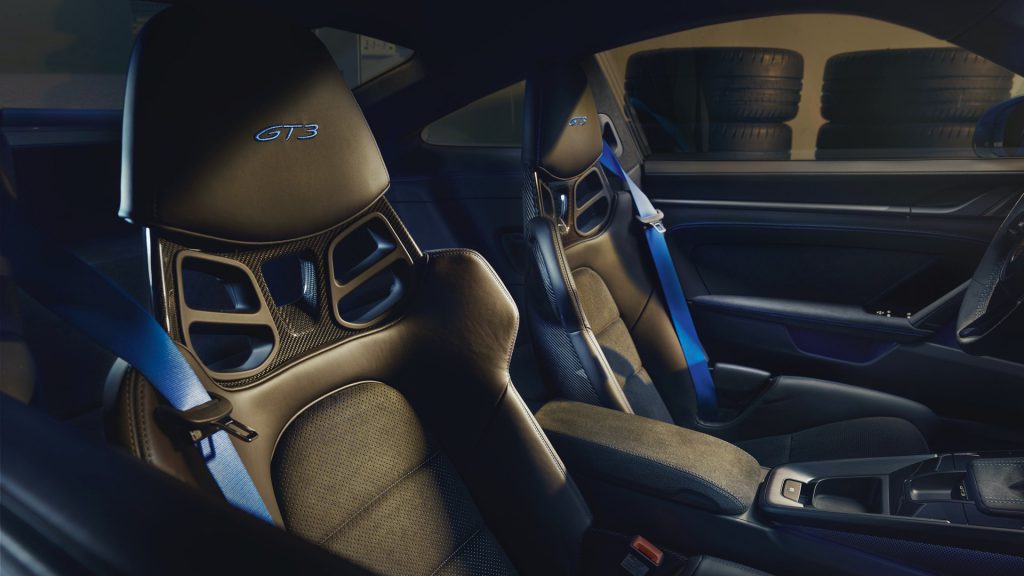 Inside, the cockpit gets quite a familiar setup as seen on the current generation 911. To keep it exclusive, there is a Porsche Design chronograph that’s powered by an individual winding motor reminiscent of the GT3’s wheels. If you plan on spending most of your time on a racetrack then you should upgrade to the Clubsport package. What you get is a certified roll-cage behind the front bucket seats, a six-point harness on the driver’s side, a motorsport handheld fire extinguisher and a battery disconnect switch. As other automakers are taking the hybrid and electric route with their new cars, we’re just glad Porsche still makes a naturally aspirated screamer! 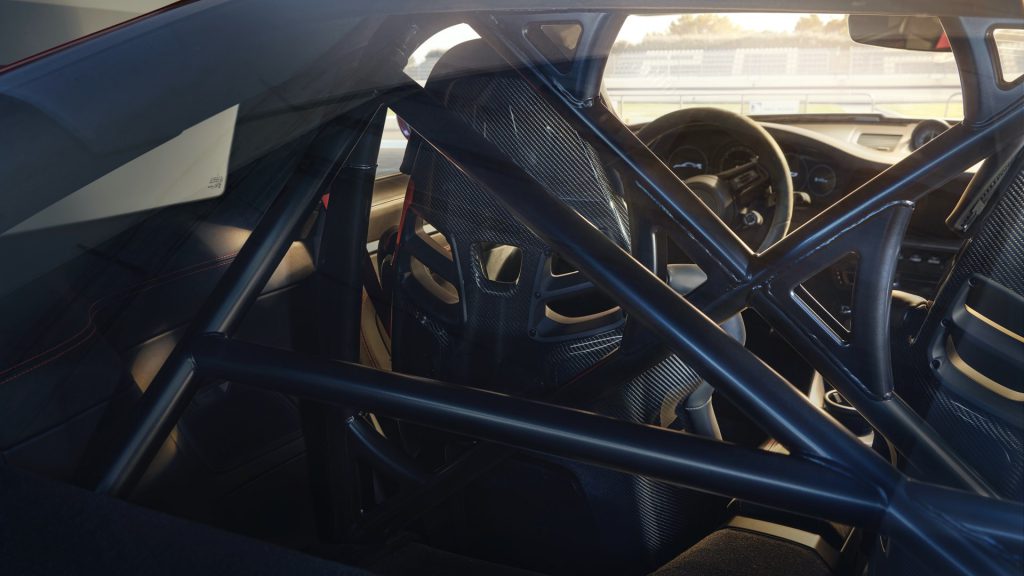