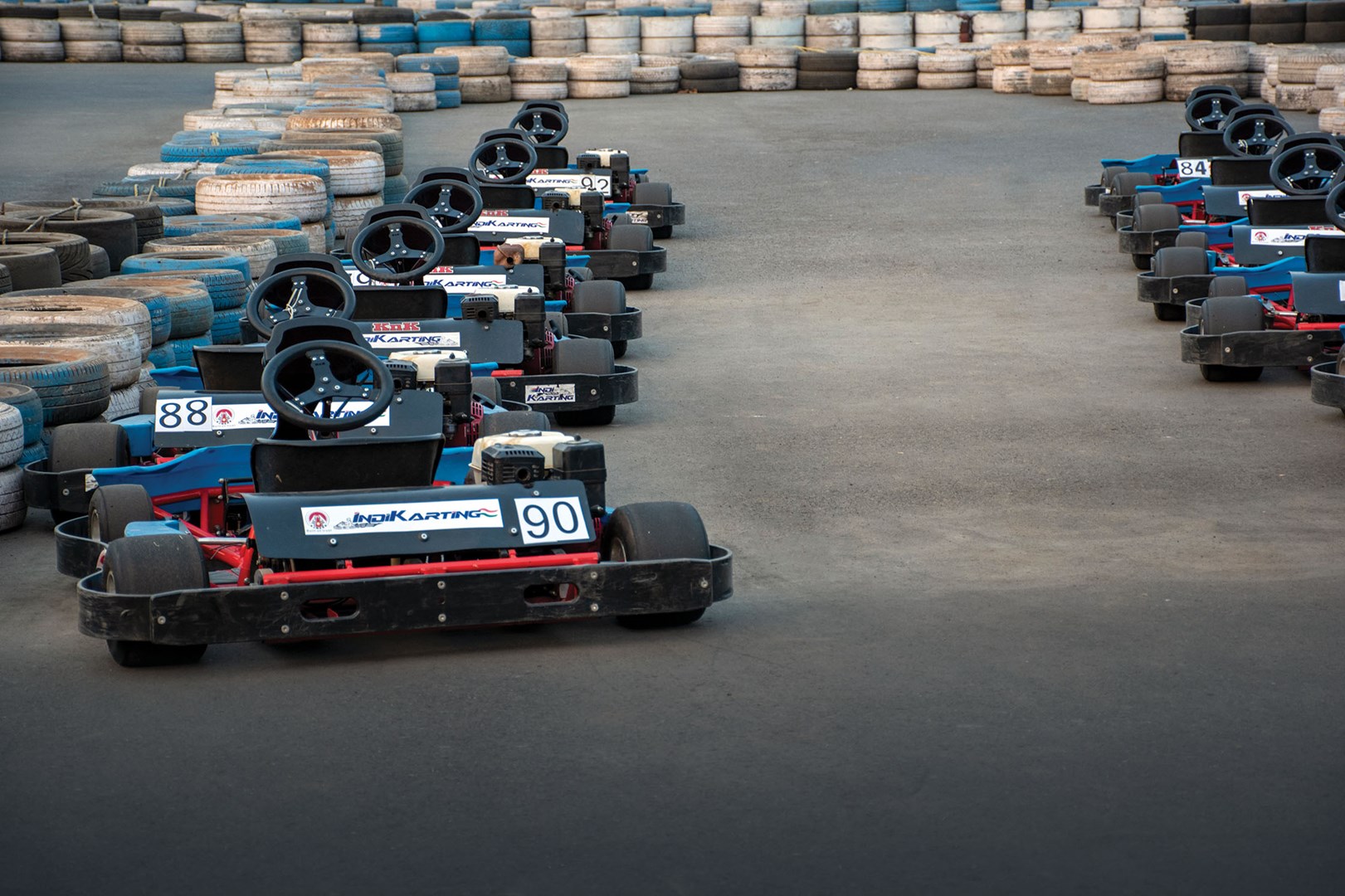 We never want our time with wheels to end. But it’s all relative, really, and when one cannot physically breathe, the previous statement can be called into question multiple times even over a short five-minute session on a 400-metre go-kart track. Indikarting’s Clash Of Karts was a weekend full of practice, qualifying and racing sessions for 204 participants, an event designed to promote racing at the grass-roots level. The number of categories, seemingly never-ending at first, turned out to be 13 including Pro Senior at the top above others like Interschool, Women and Corporate. I was in the Media category, probably the slowest one.

Go-karts form the base of the racing pyramid, their proportions more or less reflected at the top in Formula 1 karts (yes, they’re karts, not cars, period. I mean, what cars look like that? And if they’re cars, then these should be go-cars. So there). And it may be a long way to the top, but go-karts provide a startlingly accurate idea of what it might take to get there. For the overwhelming majority of us though, go-karts will provide a massive dose of fun driving that is usually followed by a sore body for the next few days. The calluses on my ungloved hands from my last time on a go-kart track five years ago took a really long time to heal.

That time around, we pretty much finished in order of weight; the lightest guy won and the fattest one finished last. This time, as I sank my mildly overweight 88 kg into the plastic seat, I didn’t have much hope of a decent result. You see, almost all the other karts were occupied by skinny chaps, and I decided to just have fun with my kart and see where that ended up. For one, I ended up spinning out around a corner, trying to set a good qualifying lap. But mostly, in the two races I ran, I ended up being left standing relatively still, as everyone rocketed away from the grid. 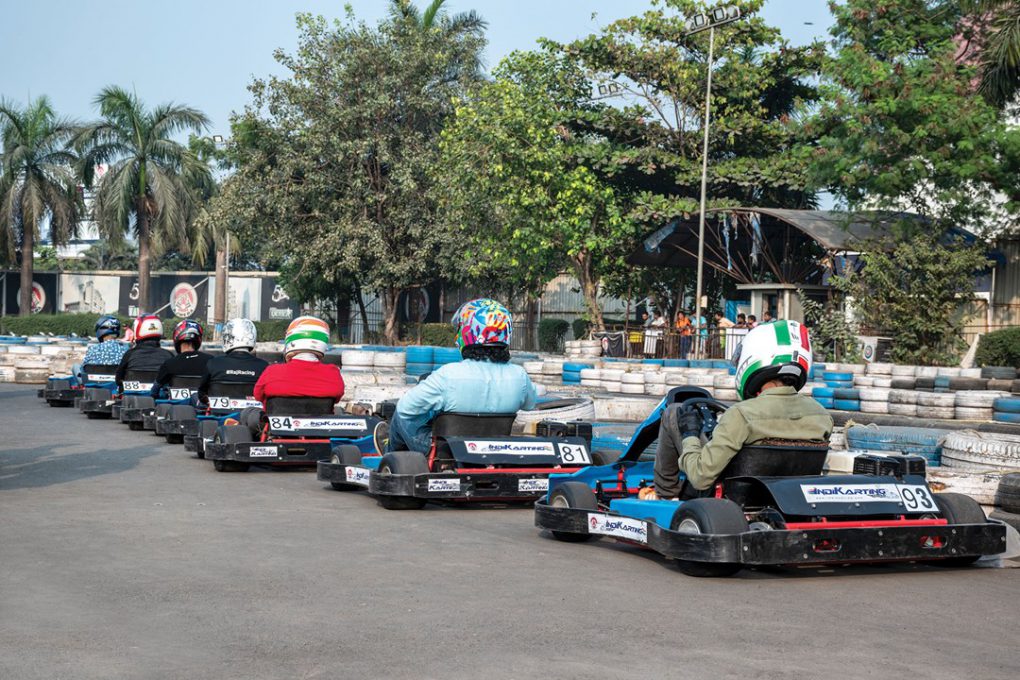 I’d qualified second last, but finished the semi-final in last, after the kart bogged down at the start. And just when I thought things couldn’t get worse, in the final race, I was lapped by the eventual winner. Doesn’t do much for one’s mood, I must admit. Then again, as I’d anticipated, I probably never stood a chance. And this event was about a lot more than one single sulking motoring hack. 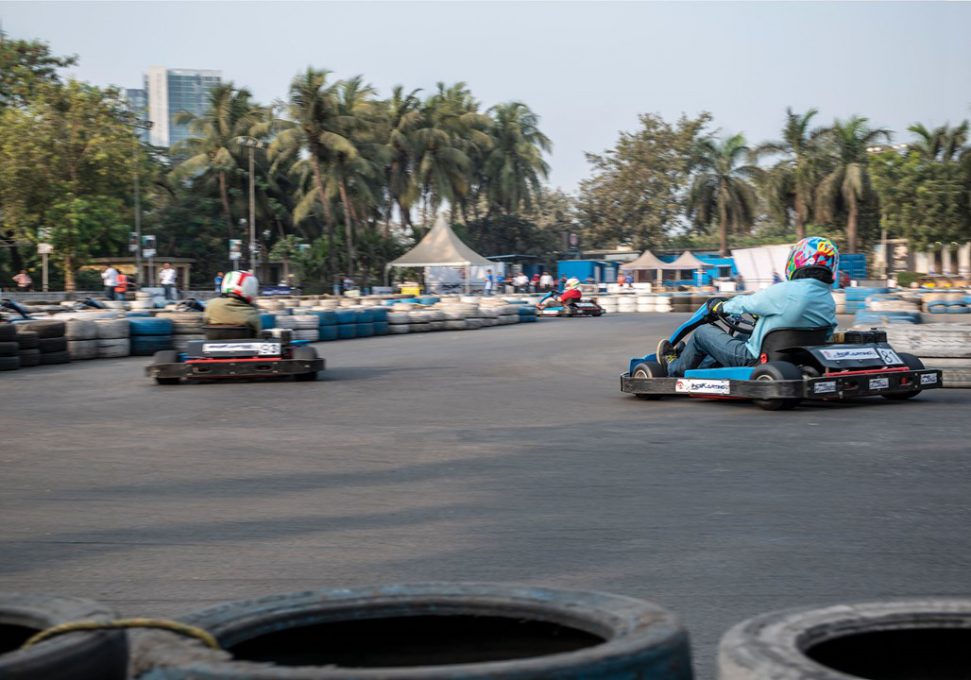 At first, I’d decided to attack the track. After a handful of laps, I wondered who was attacking whom. And it all brought to light that a go-kart is a pure experience. If you haven’t tried it yet, you most certainly must. Indeed, newcomers made up a big part of the 204 participants and I bet they went back hooked onto this basic-yet-significant form of motorsport. And it’s easy to understand why. The karts may not be all that fast; by my estimation, I doubt I ever got past 40 kph. But a go-kart amplifies everything simply because the driver sits only a couple of inches off the ground, so 40 kph feels approximately like 400 kph. And cornering forces regularly squeeze giggles out of drivers, especially when they’re always accompanied by gratuitous slides into and out of turns. 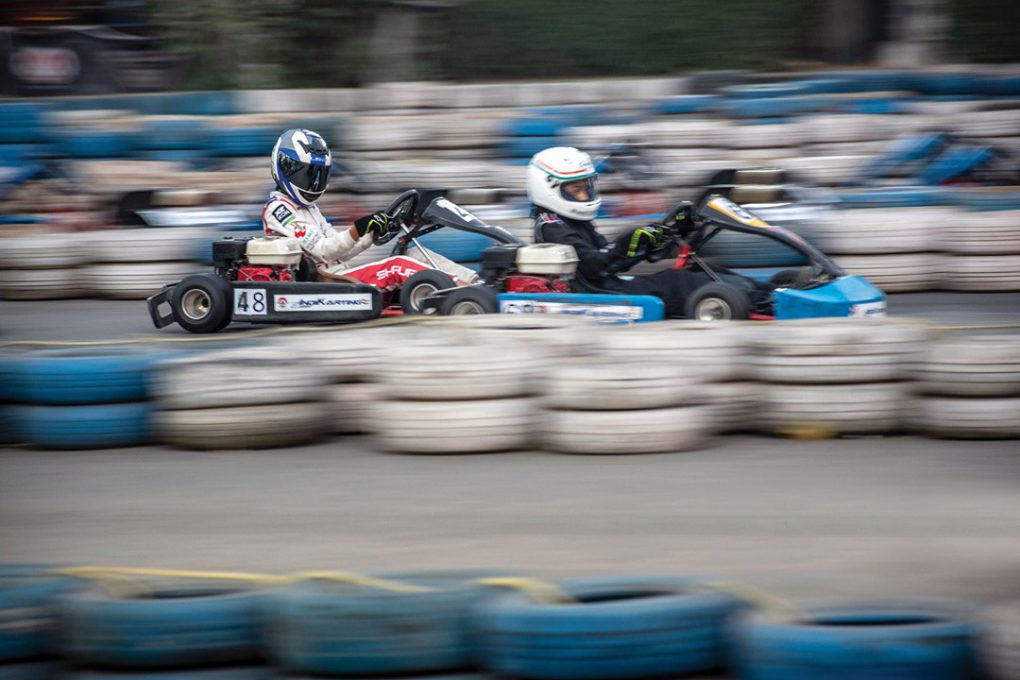 It’s great fun trying to figure out the right line around the track and then trying to keep the kart on it with the maximum possible speed. That razor-thin balance that exists in spacetime is what people who love wheels live for, irrespective of ability and/or experience. And a go-kart is a great machine to find that balance and live in it for as long as possible. This also helps while driving your car back home, but I can neither confirm nor deny that. Anyway, the professional racers were different animals altogether, kitted out with proper racing suits and gear. And across all categories, the racing was quite close and entertaining, a nudge here and a spin there, and a few angry fists shaken everywhere.

Pity, there wasn’t a prize for being the last of the slowest. But I did take one image away from an event that was more fun to watch than the last movie you saw. It was night by the time I stood, exhausted, watching the prize distribution ceremony. Out of the corner of my eye, I noticed a lone child driving around on the track. She seemed to be less than ten years old, and as she rounded the final hairpin onto the main straight, the kart’s rear kicked out and the child instinctively caught it with a happy dose of opposite lock and floored it. That image, right there, is what it’s all about.