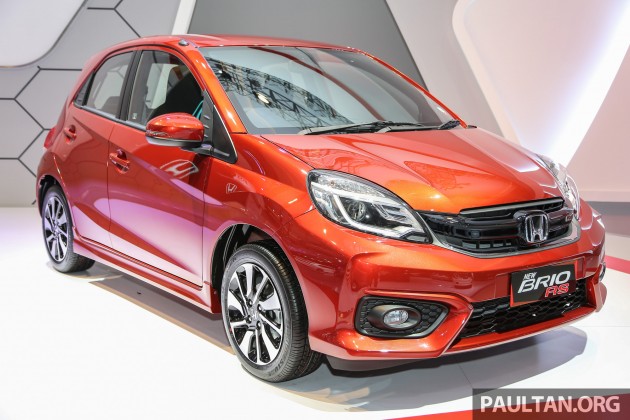 After the Honda Amaze refresh, the Brio facelift has been launched, but only in Indonesia as of now. Coming to the changes itself, the Brio has more or less has received all that was made to the Amaze itself. On the outside, the new front bumper with its more aggressive fog lamp surrounds is straight off the Amaze refresh, while other than a chrome bar under the tail-gate, there are no changes to the rear. The Indonesian marker also gets a Brio RS version with the same headlamp unit as the Mobilio RS.

The dashboard from the BR-V has found its way to the Brio also, making the Mobilio the only car from the platform which still has the original dashboard. Interestingly, unlike the Amaze, the Indonesian Brio did not have the redesigned instrument console with mood-lighting and the MID pod from the Amaze. Like Brio available here in India, the Indonesian market model also makes do with the 1.2-litre petrol, with no changes to the power output. Unlike the Brio here though, the Indonesian market model is available with a five-speed CVT similar to refreshed Amaze. It is expected that the updated Brio will make its way to India after the BR-V launch, which takes place this month.