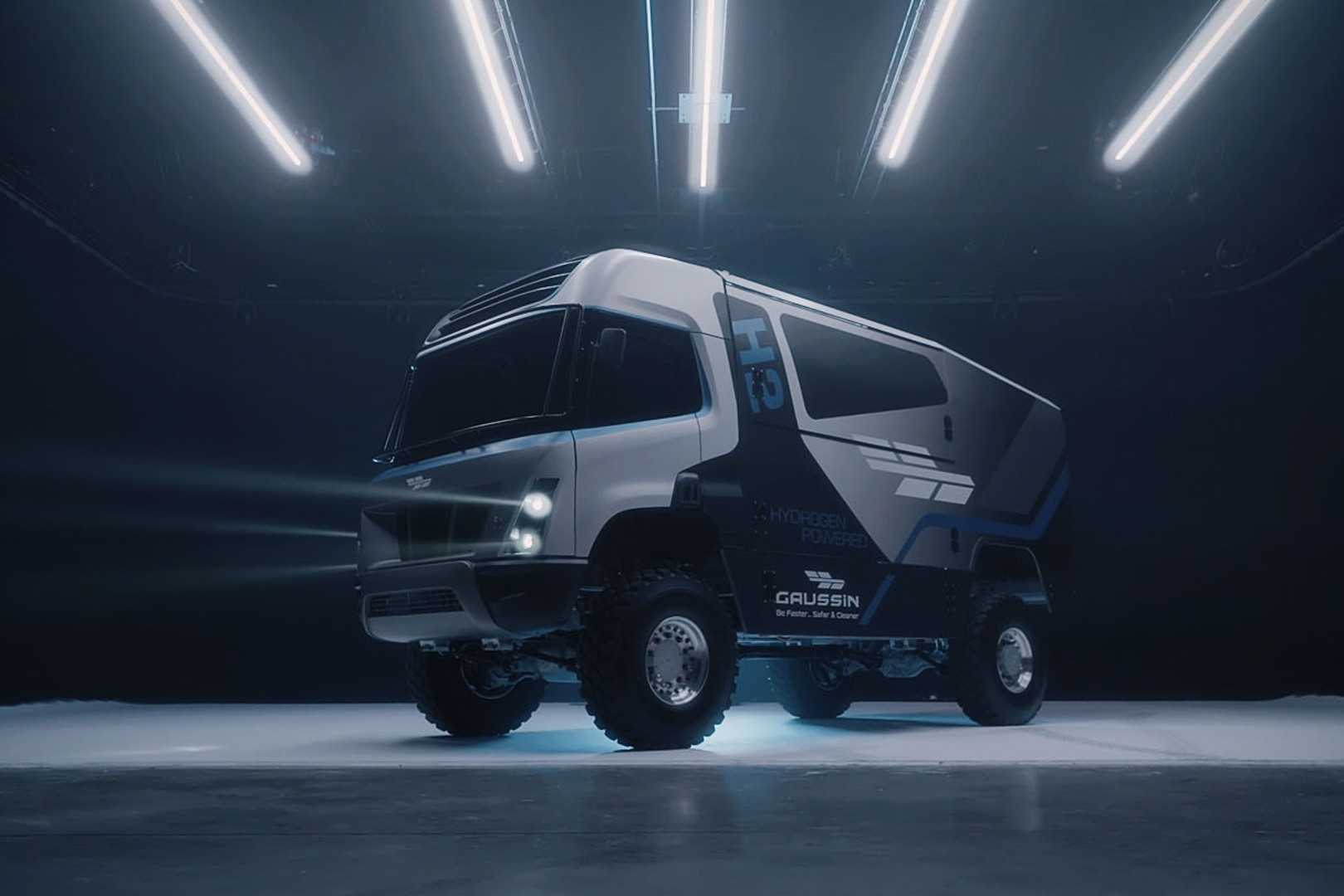 That truck’s designed by Pininfarina and we will likely see it roughing up the deserts at the next year’s Dakar Rally in January. Oh, it’s not just any truck; it’s a hydrogen-powered truck that has an apt name — H2 Racing Truck. It’s actually a machine by a French transport company, Gaussin.

The firm’s hydrogen-electric skateboard will prove how tough it is on one of the world’s most difficult rallies. Also, Gaussin says that it’s the most powerful hydrogen truck in the world, and it’ll be really interesting to see how it fares against the best.

Let’s look at its stats here: Two electric motors, both capable of producing 400 bhp each, an 82-kWh battery and enough space for 80 kg of hydrogen. If not for Dakar’s 140-kph top speed limit rule, we wonder what this thing could be capable of. But, we do know that this mental machine will cover close to 249 km on a single charge/tank even when it’s been driven at race pace. And topping it up back to the full capacity range will only take about 20 minutes. It’d be fun to drive one since it’s registered for road use. Before that, you might want to brush up on your Truck Simulator skills.