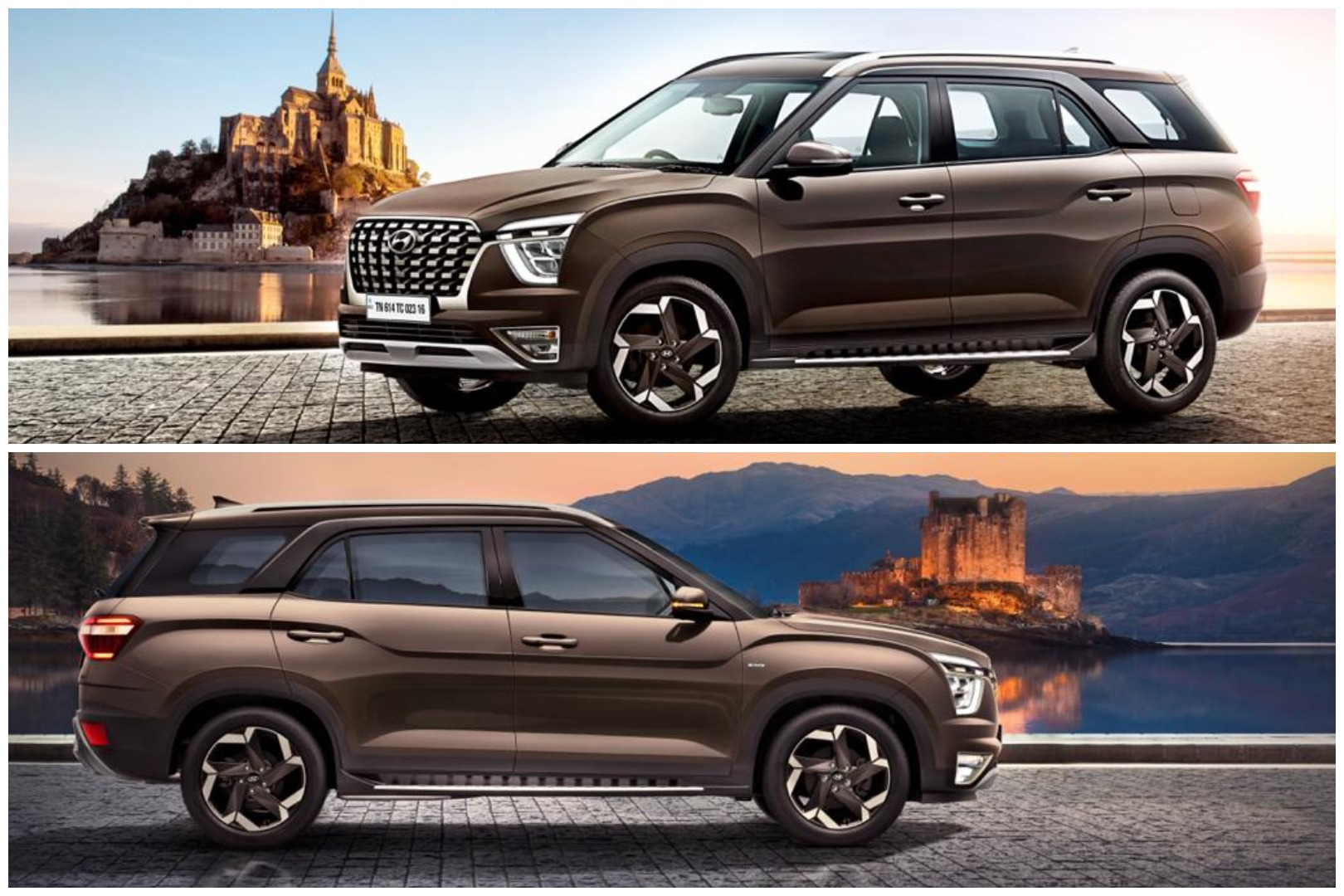 We might have an intense battle building up in the six- and seven-seater SUV segment. With the Hyundai Alcazar, it will be ready to compete against Tata Safari and MG Hector Plus. For now, we only have these pictures of the Alcazar, but stay tuned for more updates on it.

Since the Alcazar is based on the Hyundai Creta, it has plenty of features in common. The Alcazar still has its unique set of features as far as the exterior design is concerned. For instance, it has a wheelbase of 2760 mm, which has been increased by 150 mm than the Creta. Further, it gets a reworked front end with a new pattern for the cascading grille, and a completely reworked rear. This one also sits on the new 18-inchers, while the Creta has 17-inch alloys. Also, with the extended wheelbase, it now bears a long overhang and a distinct rear quarter glass.

Inside, the story of the third row and the luggage space in hand is quite the highlight. The six-seater version has captain seats in the middle row, while the seven-seater version has a flat bench, which can be easily tumbled down with a one-touch feature for passengers to access the third row. The second row also has the sliding function to create just that extra amount of space. Speaking of space, with all the seats up, the Alcazar boasts 180 litres of boot space, which is far better in comparison to its rivals. The Alcazar will have a similar tech and equipment list to the Creta, or even better.

On the performance front, the Alcazar will be available in both petrol and diesel engine options. This one gets the 2.0-litre petrol engine as seen on the Elantra and Tucson albeit in a different state of tune. It produces 157 bhp and 19.5 kgm of torque, whereas the old 1.5-litre diesel engine produces 113 bhp and 25.5 kgm of torque. Both the engines will be available in either a 6-speed auto or a 6-speed manual gearbox. It’s the 2.0-litre petrol unit paired to a 6-speed manual ‘box that delivers more performance than the rest, with a 0-100 kph sprint time in less than 10 seconds, while the diesel mill is tuned for better fuel efficiency. Do stay tuned for more updates on the Alcazar.