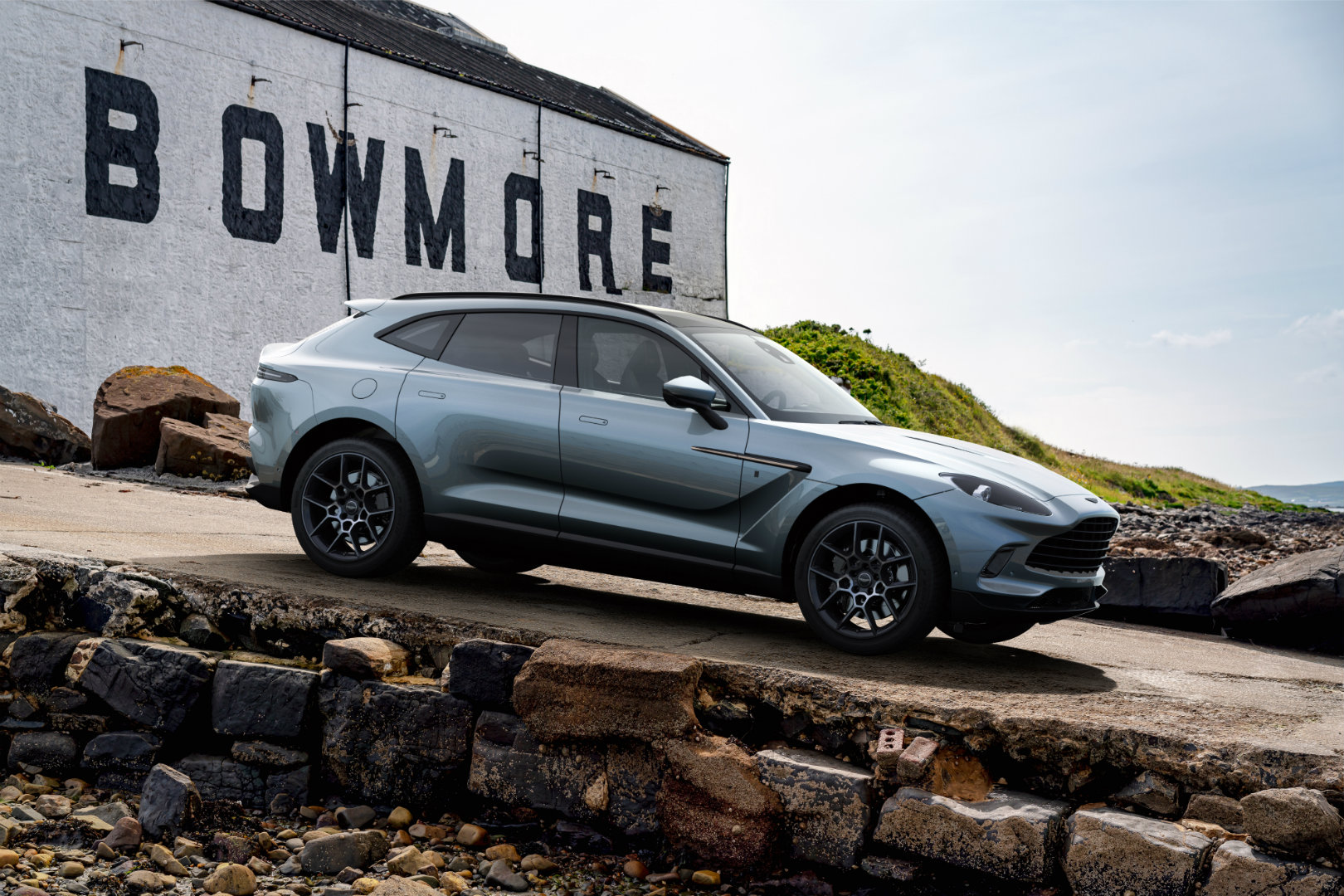 Usually, alcohol and cars are two things that should never be mixed under any circumstances. But, things are a little different with Aston Martin. The British luxury brand has unveiled a special variant for the DBX named the Bowmore Edition. It’s been created by the company’s exclusive personalisation service – ‘Q by Aston Martin’.

In case you’re wondering, Bowmore is a British brand known for its single malt whiskey. Their distillery is located in the Isle of Islay, and the company itself has been around since the 19th century. Moreover, only 18 units of this bespoke DBX will be produced. To make this particular SUV stand out, Aston Martin has added a number of distinctive tweaks to the exterior and interior; in tribute to the Bowmore distillery and its ways of making some of the finest whiskey in the world.

For example, the Bowmore DBX comes in an exclusive colour called Bowmore Blue. Customers do have an option of choosing other exterior colours as well. Interestingly, Aston Martin has used Bowmore-branded copper inlays from the original whisky still, as a nod to the traditions maintained by Bowmore. On the inside, there’s a choice between Obsidian Monotone or Copper Tan Metallic/Obsidian Duotone interior trims. Again, there are a number of subtle additions to make this limited-edition DBX stand out.

To top it off, discerning buyers of the DBX Bowmore Edition will get an exclusive Aston Martin Art of Living experience in Scotland. And that is just the tip of the iceberg. This will also include a tour of the Bowmore distillery, and a chance to hand-fill their own bottle of a 39-year-old specially selected Bowmore straight from the cask. Aston Martin doesn’t mess about it, does it?