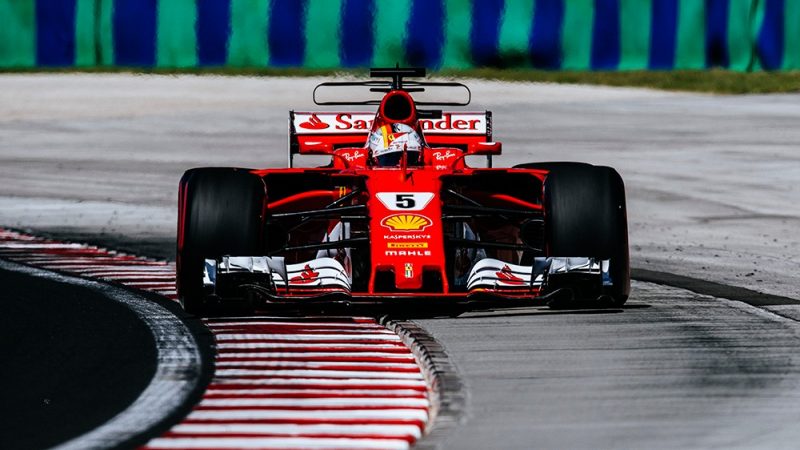 Today’s F1 Qualifying had a lot of things happening around the corners. Following a decent performance in free practice the top 6 ( Ferrari, Mercedes-Benz and Red-Bull) were only split by a fraction of second in Q1 and Q2. Both Fernando Alonso and Stoffel Vandoorne (P8 & P9) out-qualified the line up for Q3, but their pace was no match to the front runners.

Vettel was exceptionally fast ahead of his Ferrari teammate Kimi Raikkonen, clocking 1m16.27s. Sebastian was 0.168 seconds faster than the Finn, which paved way to his 48th career pole position. Elsewhere, dropping way out of the top 3, Lewis Hamilton did his best to set a pace of 1m16.7s on his Silver Arrows, but his strategy could only help him start behind his teammate Valtteri Bottas, who crossed the chequered flag 0.17 seconds quicker than the triple world champion.

Following the Mercedes-Benz, Max Verstappen and Daniel Ricciardo piloted the Red Bulls to the third row on the grid.  After them was Renault’s Niko Hulkenberg in seventh. Completing the top ten was Carlos Sainz aboard his Toro Rosso. With Vettel leading the championship ahead of the summer break, will Hamilton post his best efforts to break that one-point margin which separates the Brit from the German?

Stay tuned for more racing updates from the Hungarian GP.