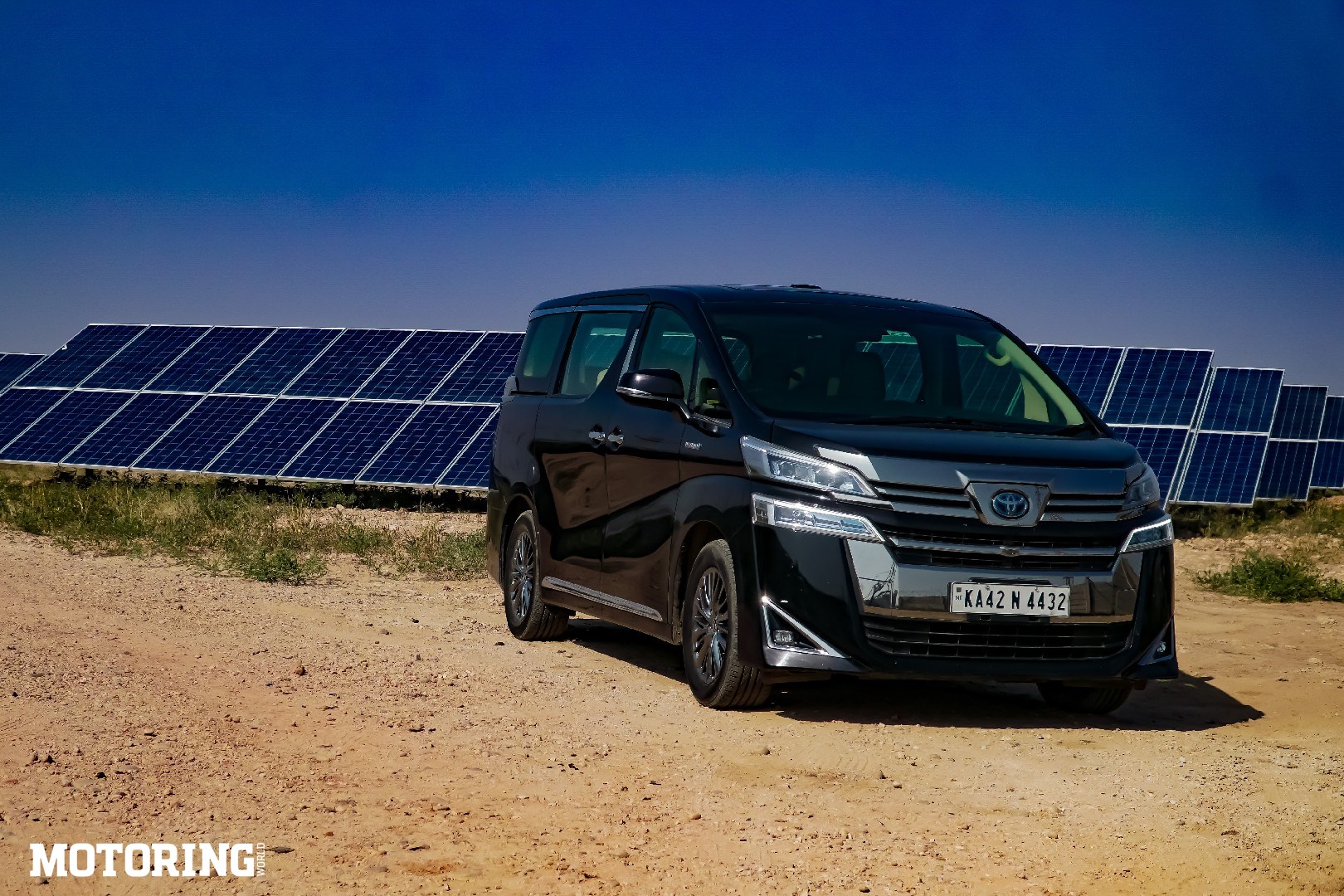 Numbers, they say, run the world — and the realms beyond. Even though mathematics has never been our strong point, we do love a challenge or two, and this time around, we had something really interesting on the cards involving numbers — rather a lot of them.

626 km from Delhi, deep in the arid state of Rajasthan, you take a right turn and leave behind a glorious highway. As you enter the country road and pass a tiny village, Google Maps tells you that in the next 20 km you will be in the centre of the Bhadla Solar Park — the largest of its kind in the world. How large, you may ask? 14,000 acres of flat, Rajasthani land, which has a maximum solar intensity of about 6 to 7 kWh/sq.m/day for more than 325 sunny days in a year, making it possibly the brightest sunlight experienced anywhere on this blue rock that revolves around a star, which is 109 times wider than earth, at a speed of 30,000 metres per second, through the vacuum that has been the muse of many great scientists through the centuries.

With us on this road trip was the Toyota Vellfire, a veritable palace on wheels that is also as environmentally friendly as it gets. Through this 2000+ km drive, we were going to experience how the highly acclaimed Toyota SHEV (Strong Hybrid Electric Vehicles which are self-charging) technology functions in the real world. In essence, we wanted to see how many kilometres we could do in pure EV mode, how far the Vellfire would go on a full tank of petrol and, importantly, how comfortably it would cocoon us all in its opulent interior. 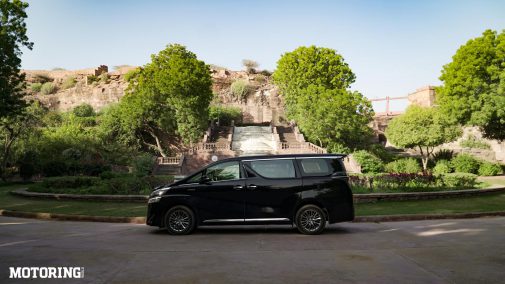 Leaving the NCR region has never been this attention-grabbing, nor as silent. Our black Vellfire stealthily moved under the stunning skyline of Gurugram’s poshest locales and its lights, reflecting them just enough to stand out in a dominating way and still remain unobtrusive on the road. It was an experience that would take some time to top, in our books. As huge as the Vellfire might look at first glance, it is surprisingly easy to manoeuvre in the city, and it did not take us long to leave Delhi behind.

Our first stop would be Bikaner, about 465 km away, and the plan was to do it non-stop. The first few km with the Vellfire had already proved that pulling off such feats in this ‘Executive Lounge’ on four wheels would not be a problem. It took us around nine hours to reach our hotel in Bikaner, and the Vellfire had made sure we were as fresh as the moment we started the drive — and it was still showing a range of over 200 km, to boot.

That brings us neatly back to the most significant point of discussion of this drive; the brilliant SHEV, or the Self-Charging Hybrid Electric Vehicle technology that is on board the Vellfire. It was in 1997 that the first Toyota Prius SHEV was showcased to the world, and it laid the foundation of a hybrid revolution that would go on to sell more than 16 million vehicles and save millions of litres of petrol in the next two and a half decades (as of Dec. 2020). 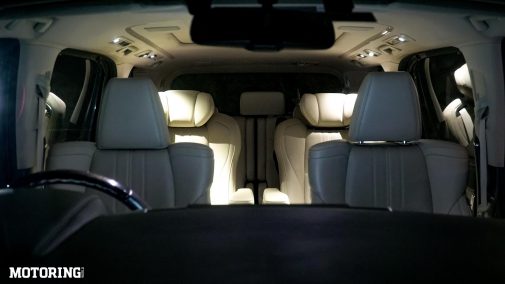 What you get in this system are an engine, two electric motors and a battery pack. The engine and the hybrid system are designed in a way that whenever the battery charge is low the engine starts charging the battery. The charging of the battery via engine also depends on the power demand to drive the vehicle as well. You also get all-electric power from the system if your battery is all charged up. You can turn on the EV mode through a button as well, provided your battery has enough charge.

The system is so well designed and executed that as per ICAT testing, you can use the EV mode on a Toyota SHEV vehicle as much as 60 per cent of the time. This is simply outstanding, considering you do not have to stop to charge your Toyota SHEV at an external charging station at any time. Then there is the added benefit in the form of fuel efficiency numbers, which will surprise even the best of statisticians. Our Vellfire returned an astonishing 18 kpl on the drive to Bikaner, which was especially sweet considering that petrol cost Rs 109 per litre in the state. 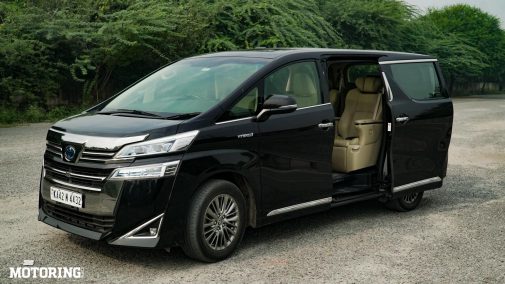 The next morning, we woke up to the beautiful skies of Bikaner. It had been a couple of hours since the sun had come out, and yet there was a hint of chill in the air. As we soaked up the sunlight and sipped tea at the poolside, with our feet in the water, we could feel no fatigue from the overnight drive. Yes, the roads had been great, but the sheer comfort with which the Vellfire can travel at high triple-digit speeds is simply amazing; you feel as if you are hovering a few inches above the ground and gliding along, like on a magic carpet. And if you can find more comfortable seats than the ones in the Vellfire — especially the peerless 2nd row ones — we’d like to hear from you.

The Bhadla Solar Park was another three and a half hour drive and 180-odd kilometres away. Once you take the aforementioned right off the Bikaner- Jodhpur highway, it does not take long before the solar panels start catching your attention. At one point, about six kilometres after you see the first batch of panels (these are smaller ones in terms of area), you reach the office of Saurya Urja Company of Rajasthan Ltd. which developed Phase Three (of the total four) of the project that produces 1000MW out of 2245MW total generation. Just opposite this office, there is a point where the land has a small bump in it, and the massive solar panels installed on it make it look like a giant wave of blue, shining water that is coming towards you. Trust us, just for that one view, it’s worth visiting the park. 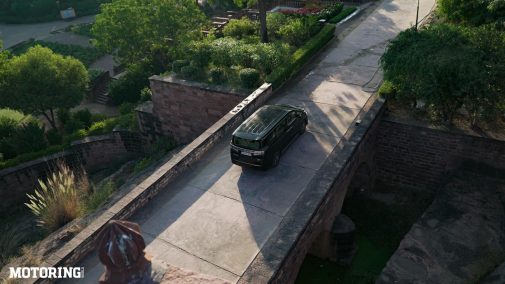 As the sun began to set, it was time to get back into the welcoming cabin of the Vellfire. We thought about how we are at a significant point in not just the history of the automobile industry, but also the world, and as we try to re-think the idea of mobility, the fact is that ideas that truly work on the ground will remain our best hope. In a country like India, with the infrastructure and geographical constraints that we have, technology like the Toyota SHEV seems to be a perfect fit in our push for a greener, more responsible future.

With the constraints are faced by all-electric vehicles — range anxiety and a lack of public charging infrastructure, principally — a self-charging hybrid electric vehicle is absolutely ideal for our conditions. It has recently launched a comprehensive eight-year/ 160,000 km warranty on its hybrid batteries, which allows you to have a worry-free ownership experience for the lifetime of the vehicle. We saw this technology at work in the real world — the EV mode added an extra layer of eco-friendliness and helped us realise how small steps can make a big difference. 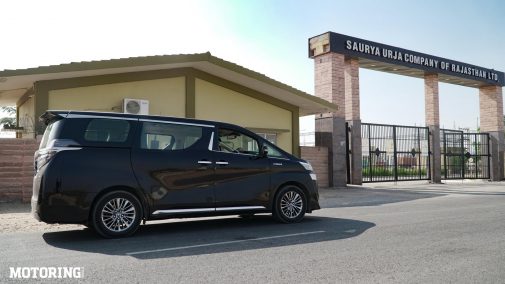 On this journey, we did a significant number of kilometres in EV mode. And these all EV kilometres came about while we were passing through dense urban traffic, giving us a clear indication of how practically accomplished the Toyota SHEV tech is. It truly proved how varied electrified vehicle technology to meet consumer choices will lead to faster shift to electrified technologies, and on current evidence, hybrid electrics like the Vellfire are undoubtedly the best solution out there. We can’t wait to get out on the road with more of Toyota’s brilliant hybrids, that’s for sure.