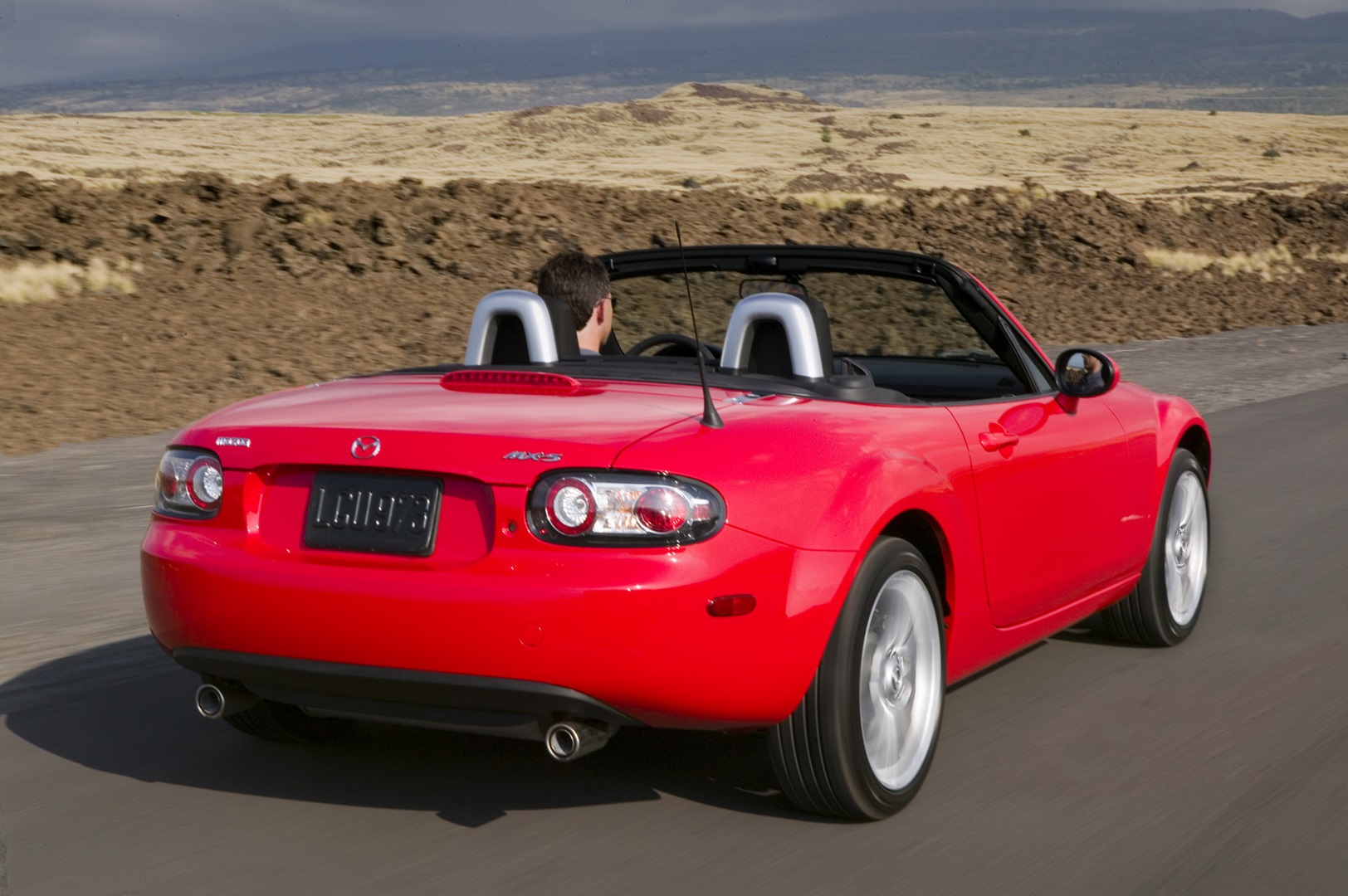 As far as the weather goes, I absolutely love rainy days. The rain tamps down all the dust and pollen in the air, which is great for my allergies. And of course, the overcast skies make for excellent backdrops for any pictures. I used to really love driving in the rain, too. That is to say, I still do, but not as much as I used to. The roads are emptier than usual when it rains heavily, but the ones that are on the roads are a bit of an unpredictable mixed bag. Still, I never pass up an opportunity to take a drive in the rain, especially if there is hot food or a beverage waiting at the other end of the drive.

Recently, after much searching, I bought one of my dream cars — a third-generation Mazda Miata. It’s a special-edition car in bright red with a black hard-top in pretty good condition. Its only flaw, in my mind, was a set of all-season tyres. This is a sports car, after all, and it had no business being on anything but high-performance summer tyres, so immediately after I got it, I put on a new set of tyres and revelled at the grip they generated in the corners. I didn’t know at the time, but these tyres would make driving in the rain a real white-knuckle affair. Who would have thought it was a bad idea to change to summer tyres at the tail end of winter? Certainly not me!

Summer tyres are great when the road conditions are good, but add in even a little bit of moisture and it seems they lose all ability to grip, turning my modest 150-odd bhp car into a fish-tailing monster. For years, I believed that wet tarmac was no less ‘grippy’ than dry tarmac, save for spots with standing water, of course. But as I came to learn practically, it is definitely not the case. I don’t want to get too technical here, but in physics terms, the coefficient of friction is what is used to measure the ‘grip’ you feel. On a dry road, that number usually stands at 0.7. Modern tyres are so good that you can do a heck of a lot with that 0.7 in terms of acceleration and handling and high-performance summer tyres do even more with it. In the wet, I thought it dropped by 10-15 per cent or so, which still leaves a good bit of grip available. In reality though, that number, unfortunately, drops down to 0.4. That’s a near 50 per cent reduction!

You usually won’t feel this drop in grip if you’re even the slightest bit sensible, however, someone who drives in the rain with the top down in their convertible isn’t known to be sensible. I could switch back to the all-seasons, but then again, spring is right around the corner, and I would rather not jack up each corner of my car twice in as many weeks. By the way, everything you’ve heard about the Miata’s handling is true. The car is light, the steering is well-weighted and direct and on top of all of that, the chassis is beautifully balanced. This means that when it does lose grip, it does so very progressively, in a way that is easy to control. This sounds a lot like me just me justifying keeping the tyres on for the upcoming bad weather weeks, doesn’t it? Well, either way, I’m looking forward to a little more tail-out fun coming up.