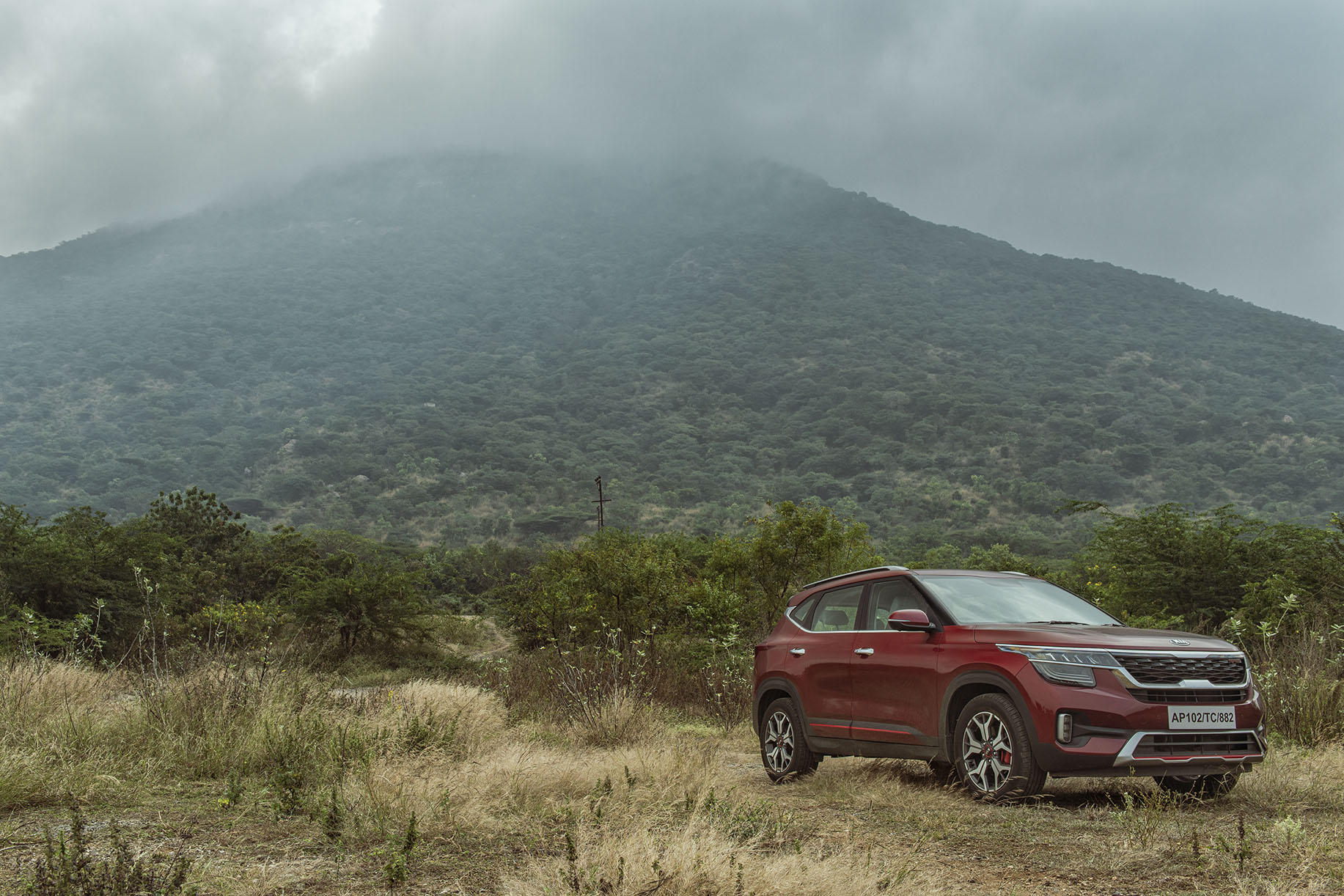 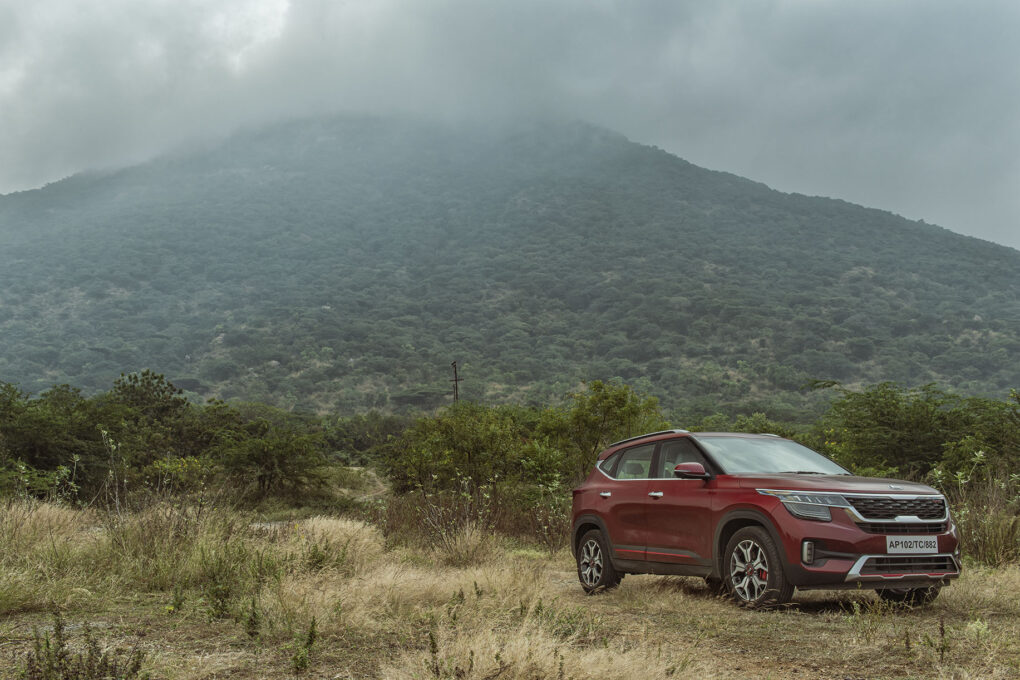 Kia cars on Indian roads weren’t exactly a thing, except for maybe a solitary appearance of a test mule before the Seltos came along. The compact SUV marked the arrival of a brand that in just a few months has become one of the most popular new names in the Indian automotive context. It was showcased as the SP Concept at the 2018 Auto Expo exactly two years ago. And from then on began the vehicle’s journey towards disrupting a segment that’s generally not too kind to newcomers. The Kia Seltos seems to have all the right cards in this, the automotive equivalent of the card game Uno. 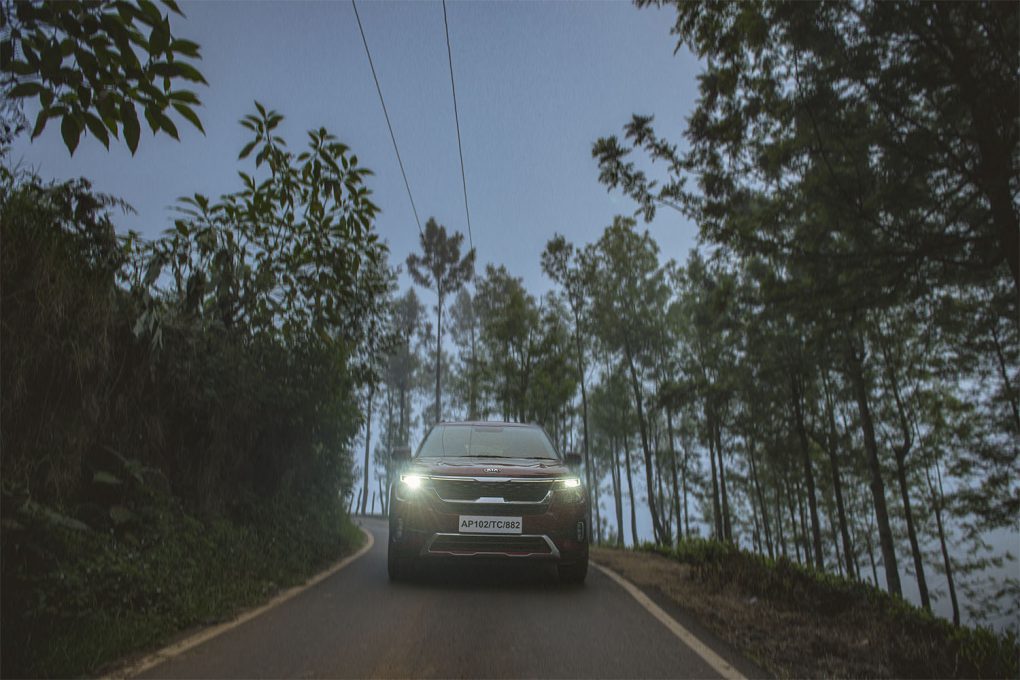 And it’s not just the domestic sales, where Kia has enjoyed a great start — with November being its most successful month as more than 14,000 units of the Seltos were dispatched — its exports game has been strong, too. The company started exporting the Seltos in October and soon found itself to be among the top five automobile exporters. And the success story doesn’t end there. The Seltos has received praise globally as well, not just from critics and customers, but also safety agencies. In the Australian New Car Assessment Programme, the Seltos achieved a full-fat five-star rating, exhibiting how well made it is. Its crash-worthiness is backed by a solid structure (made with high-strength steel) and the myriad of market-dependent safety features. Draw four, rivals. 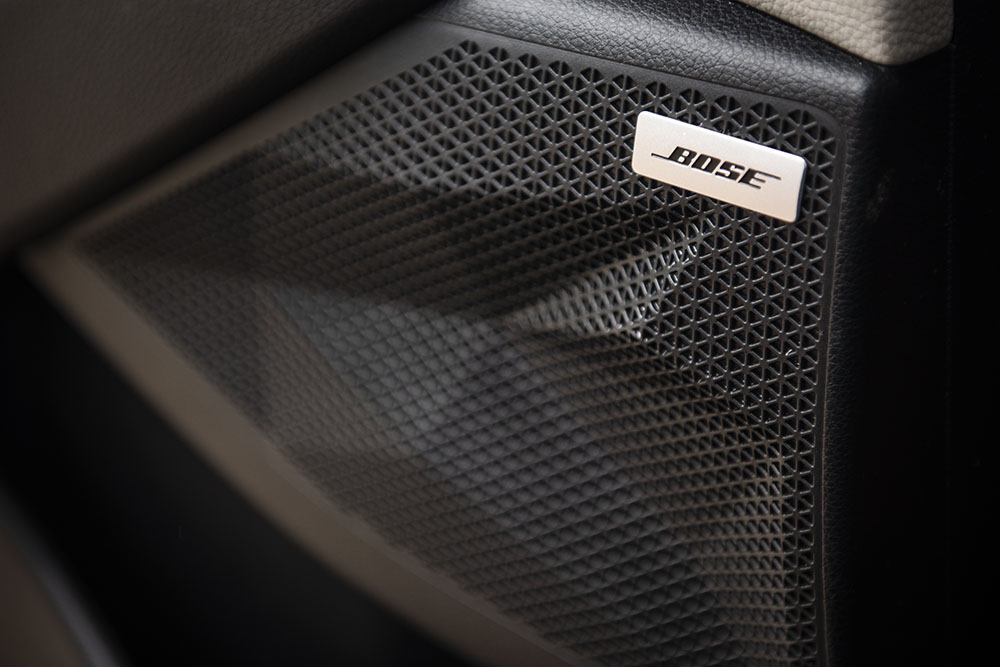 The first thing you’d notice about the Seltos is obviously how striking it looks. Even when it’s becoming a common sight on the roads, each Seltos makes people turn around for a second look. Maybe it’s the LED strip that runs along the Seltos’s face, making it look like nothing else out there. Or maybe it’s the trio of fog-lamps stacked atop each other. The diamond-knurled pattern above and below the grille is implemented well, too, so much so that it complements the trademark features of Kia like the Tiger Nose grille. The Crown Jewel LED headlamps are as distinct as they come, and the three-stripe indicators need to be seen in the flesh. The shape of the DRLs matches with that of the tail-lamps (Kia calls the pattern ‘Heartbeat’) and that brings a lot of consistency in the design. It’s a well-proportioned vehicle that is distinct enough to stand out even from more sporting, aggressive designs. Skip turn, rivals. 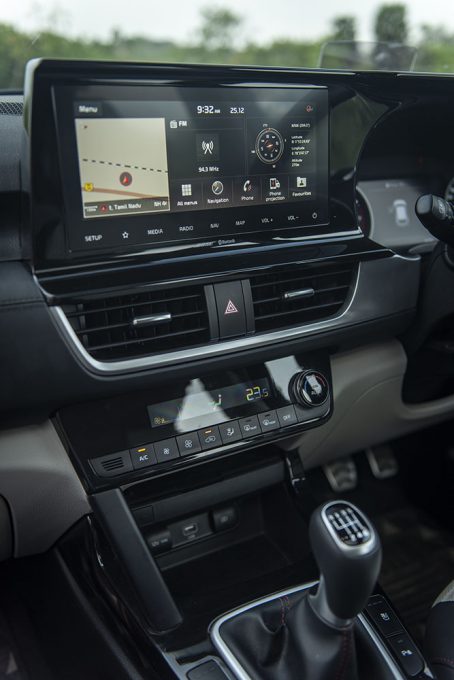 Step inside and there are some key features of the Seltos that are bound to attract all your attention at once. As you’ve appreciated the dashboard that’s well laid out and the supreme craftsmanship on display, it’s unavoidable to appreciate the Ambient Mood Lighting. The best part is that you can configure this to your liking, and it can even double up as a visualiser in sync with the music that you play. That lifts the mood up and certainly makes passengers feel more at home in the Seltos. And comfort doesn’t take the back seat here, although there’s a lot of that in the back seat, with even a two-step reclining feature on the rear seat. Swap cards, rivals. 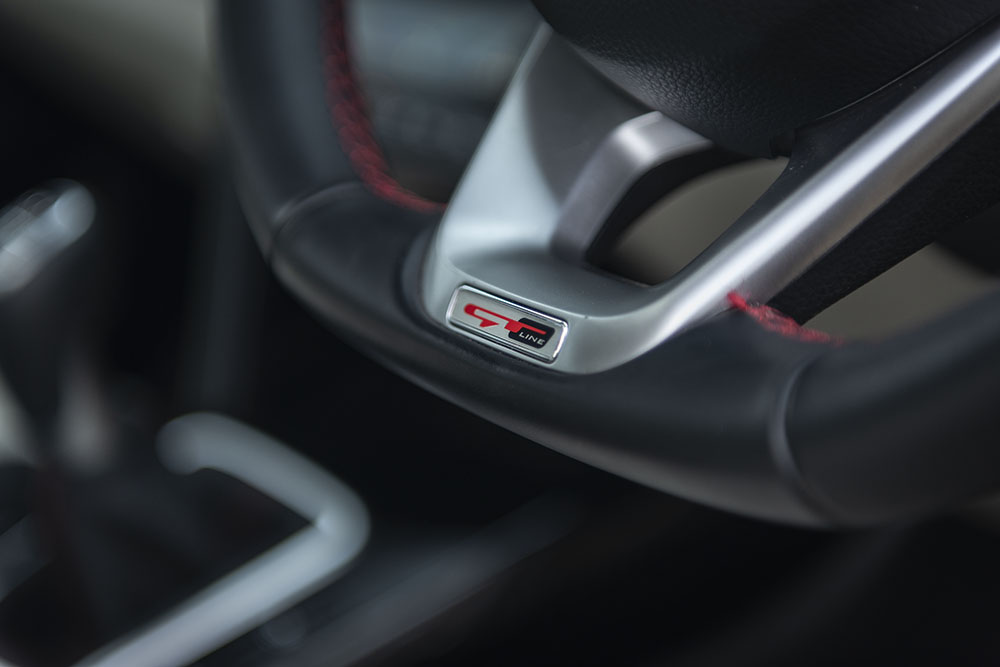 It might be a surprise that Kia has achieved so much, especially in the way the Seltos lines up exactly with what customers want. Good looks, a comfortable cabin, and features that only a few cars from a segment or three above can match. For instance, the 10.25-inch touchscreen is brilliant. Its high resolution makes everything look better and it is in the right position, so neither does it block your view as some ‘floating’ screens might nor is it out of reach. But you’d rarely want to touch it while driving because all the controls are literally at your fingertips and the 8-inch heads-up display gives you all the important information. 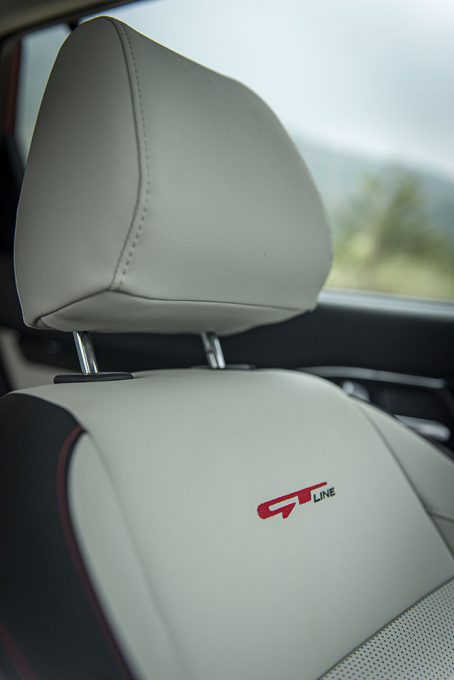 The 360-degree cameras with Driver View monitor and Blind View monitor are bits that must be standard on every new car. They’re that good. The air purifier and ventilated (and powered) seats are great, and so is the 8-speaker Bose audio system. But what helps the Seltos customer enjoy features from the future is Kia’s UVO connected-car tech. Through this, you get 37 features including emergency assist, direct line to a call centre, traffic and navigation information, voice command, and even diagnostic alerts. You can even, with the help of the app, remotely turn the car’s Smart Air Purifier on. If you choose the AT variant, you can even operate — or even switch the car on or off — ensuring that the car is ready for you much before you step in it. The UVO service is a subscription programme and is free for the first three years. Reverse, rivals. 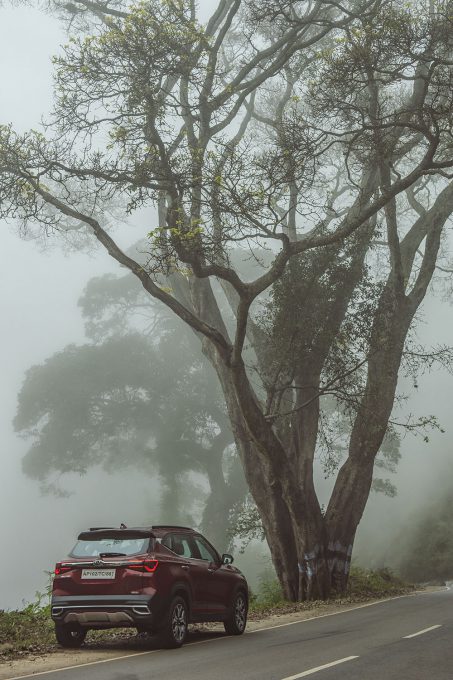 And we haven’t even talked about driving it yet. We were so impressed with the Seltos that we took the SUV to enjoy it on one of the more challenging-but-fun roads in the country, as you must’ve read in the January issue of Motoring World. Handling hairpins after hairpins was a delight for the Seltos. And that’s also where its real strength became all the more evident. The Kia Seltos will happily handle everyday tasks but when it comes to having fun, it won’t let you down. There are three engines to choose from: a 1.5-litre naturally-aspirated petrol, a 1.5-litre turbocharged diesel and our favourite, a 1.4-litre turbocharged direct-injection petrol. You can spec it with either an automatic gearbox (a dual-clutch unit, no less, in case of the 1.4 T-GDI) or a manual unit (6-speed). The engine/gearbox combination, backed by well-balanced suspension, gives the Seltos an ability to eat highways for breakfast. Miles after miles, and you wouldn’t even feel the slightest of fatigue in your body. And that’s exactly when you’d say, ‘UNO!’ winning the game and also defining the Seltos’s numero uno position when it comes to compact SUVs.