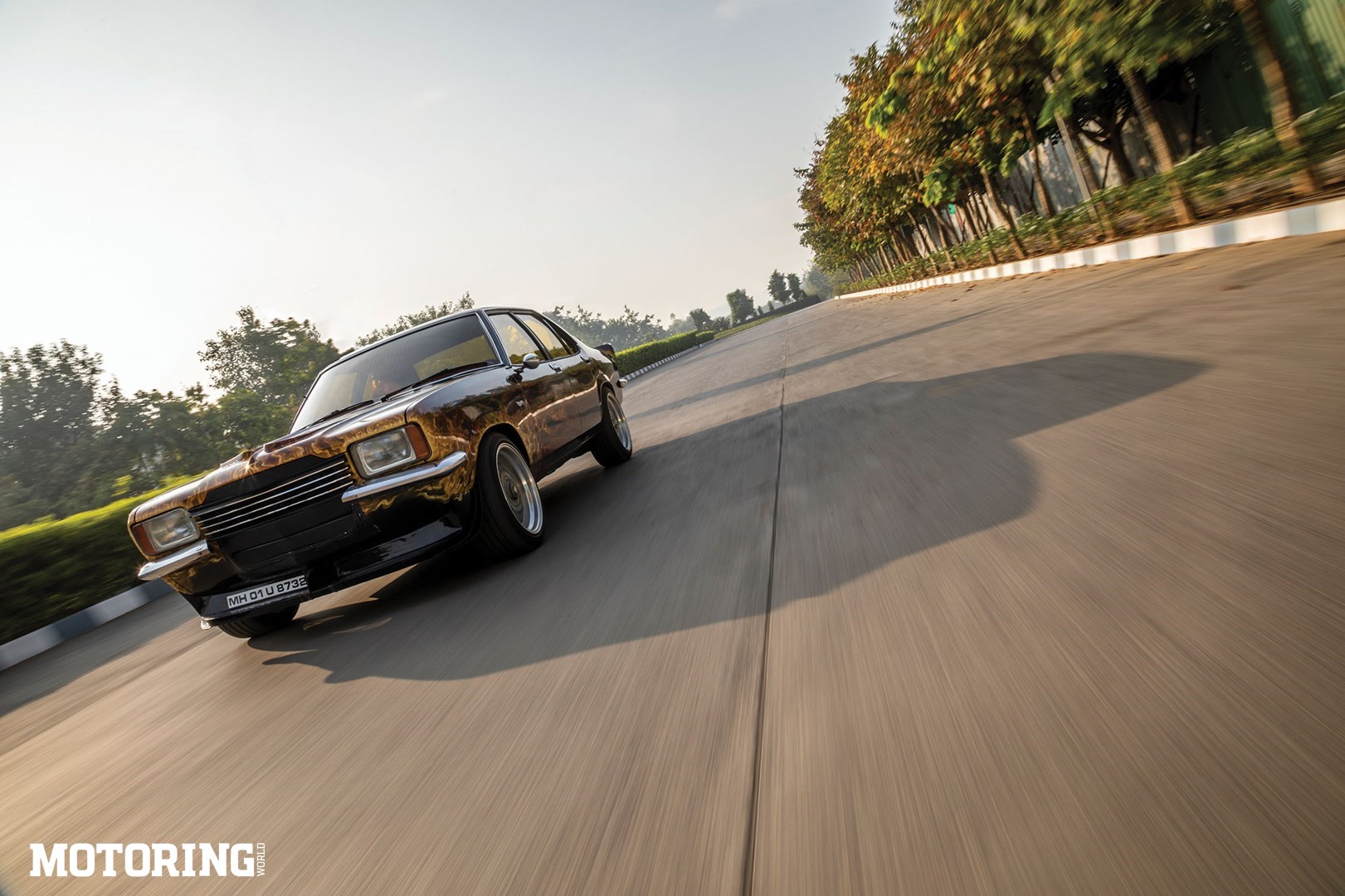 When I was about five years old, I had a fever. It was the most terrifying thing ever because I couldn’t move my legs for a week. Before you think I’m trying to rip-off a Pink Floyd song, this really did happen. I was confined to the couch in front of the TV for the whole week and did nothing but watch cartoons and play with my Hot Wheels cars. As feverish kids are wont to do, though, I also drifted in and out of sleep. I had dreams so vivid, I didn’t know what was real anymore. During one of these sleep excursions, I came face to face with a talking car. Now, I don’t remember what it said all those years ago, but if it could speak French, it would most certainly say déjà vu with one look at the Autologue Designs Nightshade. 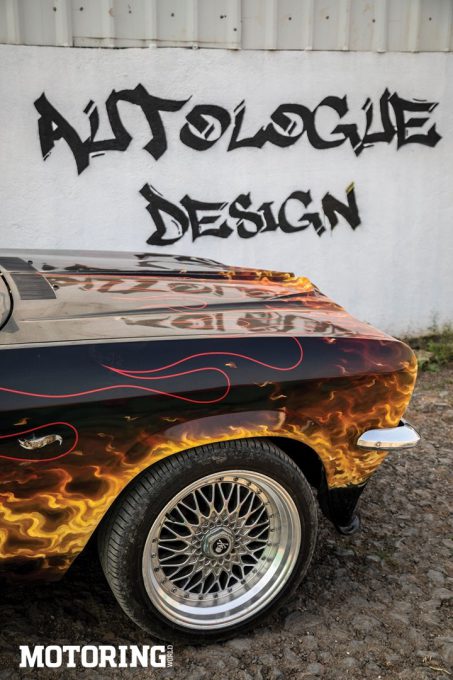 Like a sane person who definitely doesn’t have voices in his head, I asked myself why this car exists to begin with. The answer is that Hot Wheels commissioned two life-size recreations of its cars to celebrate its 50th anniversary. This particular one was based off an ’80s Camaro from Hot Wheels’ Flames collection. Now, ’80s Camaros aren’t exactly abundant, so a Hindustan Motors Contessa was chosen as a reasonable facsimile for this build. The Contessa always gave me hot-rod vibes and I’m glad to see that come to life in this creation.

A two-door would have been brilliant, but put that aside for a couple of minutes and just look at the car. The paint job was painstakingly done by hand. Someone could have taken the easy way out and just wrapped the car, but nope, it’s airbrushed paint starting at the custom grille up front all the way to the back of the car. Even the pinstripes at the trailing edge of the flames were done by hand with great precision.

Rounding out the sinister looks of the Nightshade are the louvres on the tail-lights, a subtle but fiery lip spoiler and wheels to match the overall aesthetic. The original iteration of the Nightshade came with a red-hot grille, too, but in the interest of the sanity of other road users, it’s been replaced with a chrome unit. You might think all the glass is tinted yellow, but trust me, it’s just the glow from the flames.

If you thought the exterior of this car was extreme, you might want to take a deep breath before you peek inside. The whole interior is upholstered in red, you know, because of the flames. And if anything, it is even more convincing that it’s a childhood toy come to life. The gear knob is an anodised blue skull and there’s another skull that greets you from the center of the chain-link steering wheel. There’s no radio in this car, sadly, but those skulls are definitely good for a conversation or two.

If this were a competition, the Nightshade definitely scores full marks for its looks, but how does it go, you ask? Like a regular Contessa would be the answer. Other than a free-flowing exhaust, there aren’t any engine mods under the hood. Its 1.8-litre Isuzu engine makes somewhere in the region of 75 bhp and frankly, I don’t think it needs any more. It drives just like any other Contessa out there, if any other Contessa out there had a skull for a shifter and a literal welded chain for a steering wheel, that is.

I was most comfortable pottering around at cruising speeds in the Nightshade. The steering wheel, which feels surprisingly good to hold, was digging into my stomach and threatened to give me friction burns if I drove any faster. There’s no power steering, either, but unless you’re at an absolute standstill, it doesn’t bother you too much. The only thing keeping me from wanting more power is the fact that I’m the only crumple zone in the car and that any incident would leave a skull and chain-shaped imprint on my forehead. 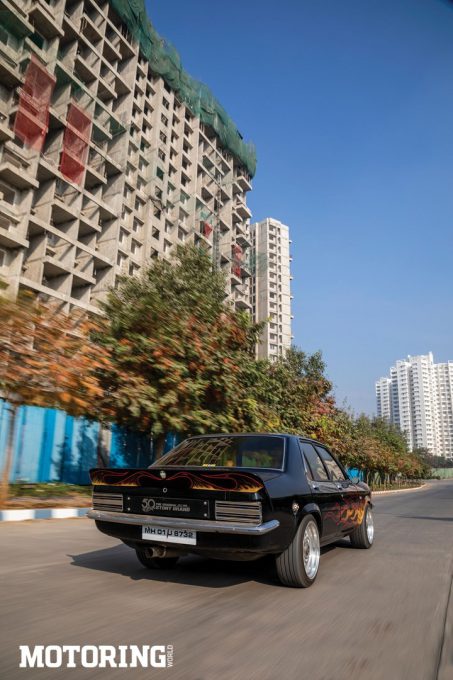 However, driving around at cruising speeds is the perfect way to fully experience this machine. As you slowly roll past a group of people, you get to take in their full reactions. It always starts with a hint of confusion and then manifests itself into a full-blown smile. The Nightshade brings out the inner child in everyone, I guarantee it. Even for me, the Nightshade helped me relive my childhood in a way I didn’t think was possible. Now the only thing missing from this story is how I took the Nightshade off a jump or a loop-the-loop, but I’m not waiting to catch another fever to do that. 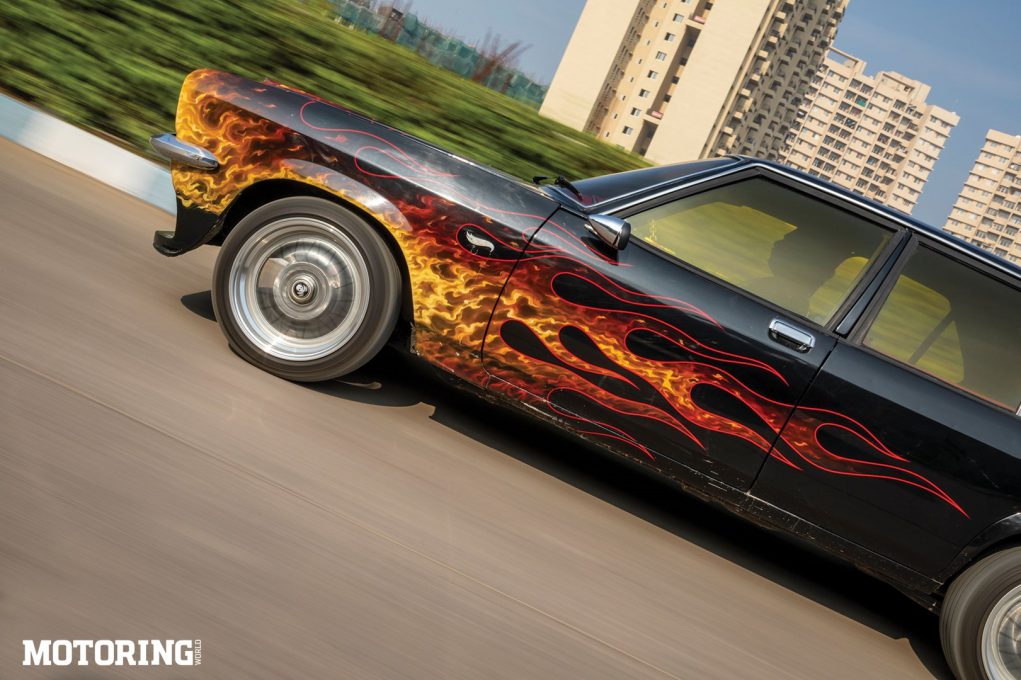