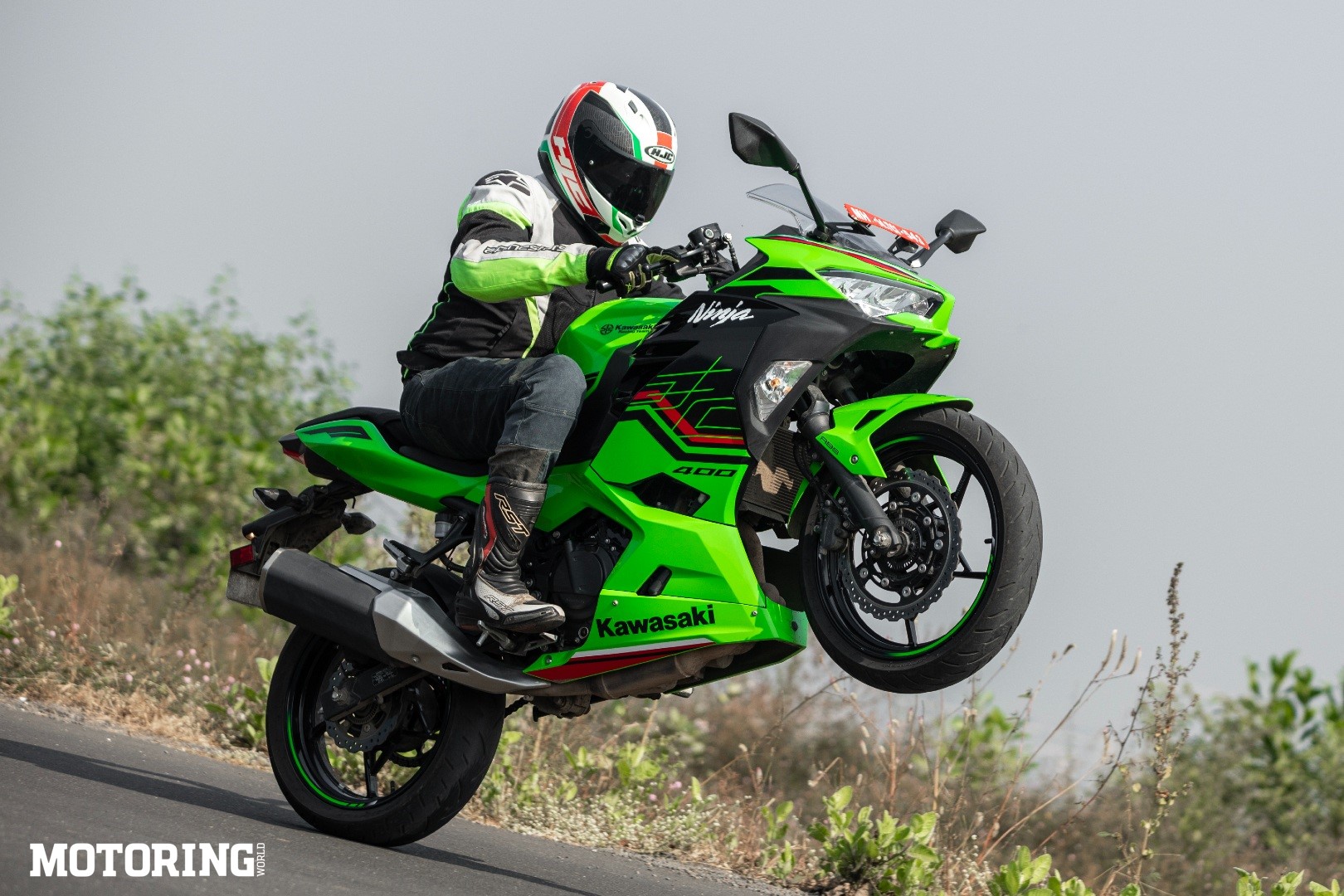 I have a confession to make. When Kawasaki introduced the Ninja 400, I scoffed at the thought of understanding the purpose of this bike when they already have the Ninja 300. I have ridden the latter, and it is a bike that is fast, handles brilliantly, and sounds good, too. Well, that was still fine until I got to know how much it costs. For a gain of 10 bhp and the additional displacement of 100cc, Kawasaki was asking for a premium that was equivalent to the price of a premium 200cc motorcycle. I thought Kawasaki had lost the plot. And then I rode it. 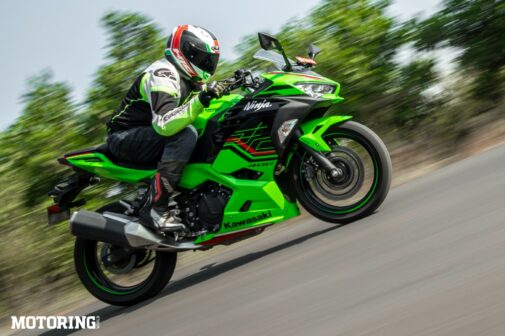 As it turns out, Kawasaki knows a thing or two about motorcycles, and more importantly the ones who ride them. The second part is the most crucial, for I believe Kawasaki started with the kind of rider they want to put on the bike, and then build a motorcycle around him/her. Now, this is not the first time a manufacturer has done it, but the chances of getting it so bang on are very few. So, before I get going with this story, a high five for Kawasaki, you guys did a splendid job with this one.

The Ninja 400 follows the design language that good bikes tend to. Compared to its smaller sibling, it has got a more striking personality that looks meaner and chunkier, and it feels a little taller and more upright. I particularly love this shade of green for two reasons — one, because it reminds me of the threatening green mamba, and second, since it matches my riding jacket and lid just perfectly. Other than that, the bike looks stunningly gorgeous in the flesh. As you can see, it really can’t be mistaken for anything else.

Now, while beauty lies in the eyes of the beholder, it’s hard to design an ugly-looking sportbike these days. What should interest you here is knowing how much of a difference that 100cc makes in the Ninja 400. Well, a significant one than you’d expect. A gain of 10 bhp might not seem like much, and it might not even be, but if distributed correctly it can make a world of a difference. To give some perspective, the Ninja 300 has got a very linear power band that climbs steadily with no actual burst of power throughout the rev range. The Ninja 400, on the other hand, has plenty of grunt in that aspect.

Max power comes in 1000 rpm before, while peak torque is a good 2000 rpm lower. What this results in, is brisk acceleration, power wheelies, and not to forget, ample number of scary moments as you get on the throttle exiting corners. In addition to that, the powerband itself gets steadily stronger, with a nice kick coming in post the 7000 rpm mark. The experience overall is more aggressive, urgent, and generally a good deal quicker. Add to that, an exhaust that sounds surprisingly beautiful and sonorous, even in the factory stock form. What you’ve got here is the baseline for a really fun and fast motorcycle.

To compliment that motor, the rest of the bike supports it rather superbly. Starting with control, the bigger front disc provides a much stronger bite, along with a nice progressive feel. The clutch is light and can be operated comfortably with one finger, due to which traffic jams aren’t a bother. That said, I feel adjustable levers on a bike like this, at this price point, really need to be standard. 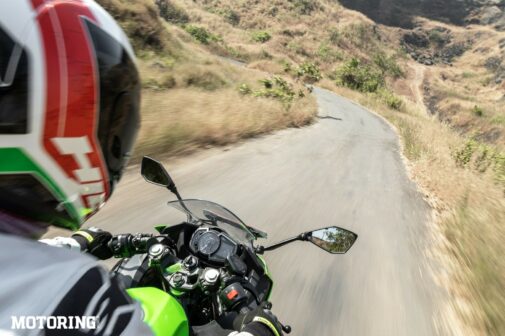 And what should also be standard on every other bike, though, is the seat that the Ninja 400 has got. Calling them just good would be simply wrong. They are broad and perfectly cushioned, with ample space to move around while accommodating the widest of behinds. Even the rider’s triangle is spot on. It might feel a bit aggressive in the beginning, but one would soon realise how well-designed it truly is. It isn’t too aggressive while the clip-ons aren’t placed too low. And with that, I don’t think there is any compromise in its corner-carving prowess either. 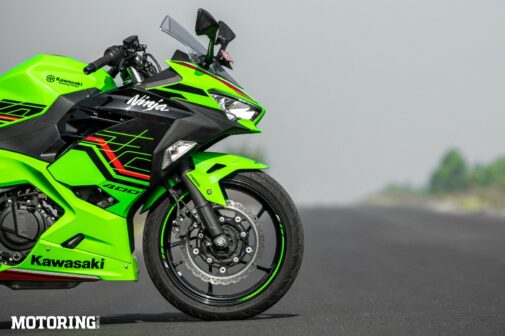 The ground clearance is a little more, so you can do better lean angles, and it is also slim and lithe for a parallel-twin. Furthermore, the Ninja 400 has a wheelbase of 1370 mm, which is short for a faired 400cc motorcycle and further aids its agility. And then, it gets tyres that are worthy of what this motorcycle is capable of. They do take some time to warm up, but once they do, they provide a healthy dose of grip. All of this comes together to make the Ninja 400 a seriously quick motorcycle around corners in the correct hands.

And it is these hands that distinguish riders, the ones who ride a 300 and the ones that get astride a 400. You see, motorcycles like the Ninja 300, and other bikes that are capable of offering a similar performance, are meant to give the rider an experience of what speed is. Meanwhile, with the Ninja 400 one isn’t going to ride it to go fast, but to perform motorcycle acrobatics at those fast speeds. It has the potential to scare you, and it will comfortably keep up with bikes twice as powerful. But to achieve that, one needs to hone a certain skill set to exploit that potential.

In hindsight, Kawasaki didn’t have to make the Ninja 400. It already has bikes like the ZX-10R and the H2R. And just when you think about the litre-class range that Kawasaki has got in its portfolio, the Ninja 400 comes along, reaffirming that Kawasaki hasn’t gotten all pricey with its big bikes. It is important to understand that the same company that has given us world-class motorcycles that define the pinnacle of performance and speed, also manufactures a 48-bhp motorcycle that can also be a lot of fun. 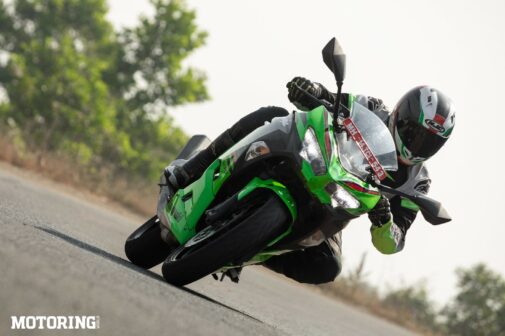 Kawasaki as a brand knows that while the small-capacity bike customer may not be the biggest claim to fame, the segment for sure is just as dedicated to its flagship motorcycles. And the Ninja 400 is the perfect combination of speed, agility, performance, and looks that makes for a very engaging and rewarding experience. A reward unlike any other. One that understands the heart of a rider, and the core of a motorcycle.