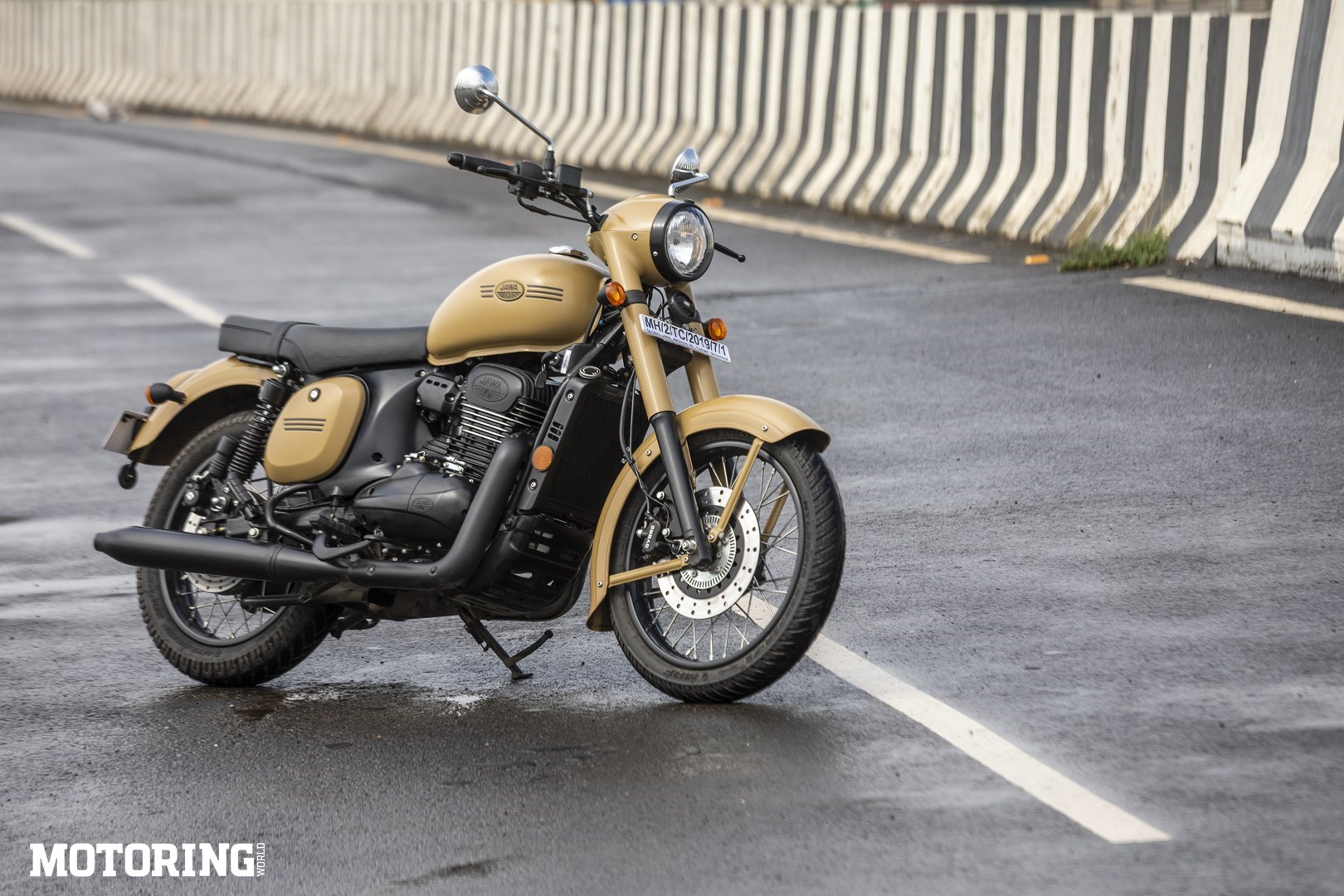 At the time of collecting the Jawa Khakhi, I was told that a lot of inquiry for this variant was coming from military personnel. Of course, a motorcycle that commemorates the 50th anniversary of our victory over our neighbouring country was bound to draw such attention. Also, there is a reason why any decommissioned vehicle from the armed forces undergoes a change in livery and debadging before a civilian can purchase it. The same goes for camouflaged paint schemes and specific shades of green and blue that cannot be used on civilian vehicles.

As much as it is meant to prevent any misuse, it is also because there is a certain level of responsibility and respect attached to those paint jobs. And I realised this only after I had spent some time riding the Jawa Khakhi. It felt different. It felt special. And the feeling only got stronger every time I stopped at a signal and looked at the fuel tank. Having the Indian Army insignia featuring the swords and the Ashoka Stambh accompanied by the tricolour running along the centreline of the fuel tank can cause goosebumps every single time one looks at it.

When a motorcycle lets you experience a feeling of this kind, it also impacts your personality. Or maybe I just imagined being more confident and courageous than usual. Even the motorcycle showed improvements, but those are actually real and not imagined. Jawa has implemented the same upgrades that were introduced in the 42 2.1, which has significantly improved the motorcycle in several aspects. The power delivery has been refined and the inclusion of a cross-port cylinder head has made the bottom-end and mid-range punchier. The suspension also feels more planted over the previous versions, and the bike corners with finesse, scraping the exhaust clamps and footpeg feelers rather than the kickstand. 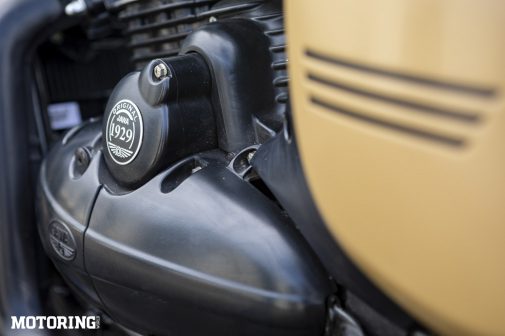 Jawas undoubtedly draw a lot of attention, perhaps due to their appearance or the way they sound, and there is definitely something about them. And that experience gets even more delightful when you factor in the Khakhi livery seen here. You feel special among the special present, as fellow Jawa owners were flagging me down to have a quick chat and admire the Khakhi. The matte khaki paint scheme contrasted by the blacked-out treatment for the engine, exhaust, mirrors and other components that are otherwise finished in chrome, give the motorcycle a completely different appeal. 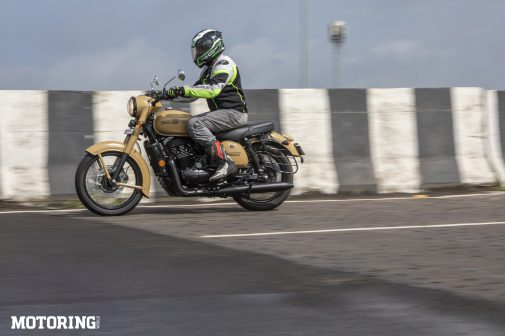 Another bit that’s improved over the previous version is the seat. The cushioning has been swapped for a firmer one that doesn’t sink after a couple of hours of riding. Yes, the seat is still short and hence feels cramped when riding with a pillion, and the speedometer visibility remains partially restricted, and the engine does tend to heat up a bit through congested roads. But none of these factors contribute to any kind of compromise when it comes to riding pleasure. 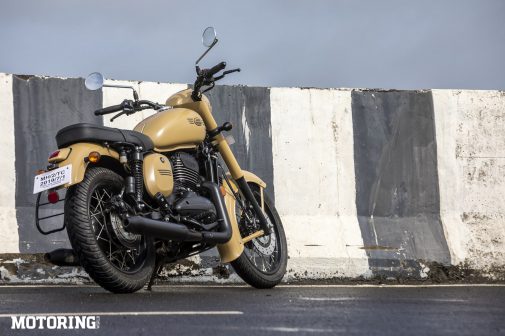 It is always fascinating to ride a premium motorcycle that isn’t easy to come by. But with the Jawa Khakhi, that sense is all the more heightened because only 1970 examples are going to be made. And it is the first motorcycle to receive the go-ahead from the armed forces to feature the tricolour and the Indian Army insignia direct from the factory. This Jawa Khakhi isn’t just about a motorcycle that pays tribute to the Indian Army, it also shows one’s love for the country.