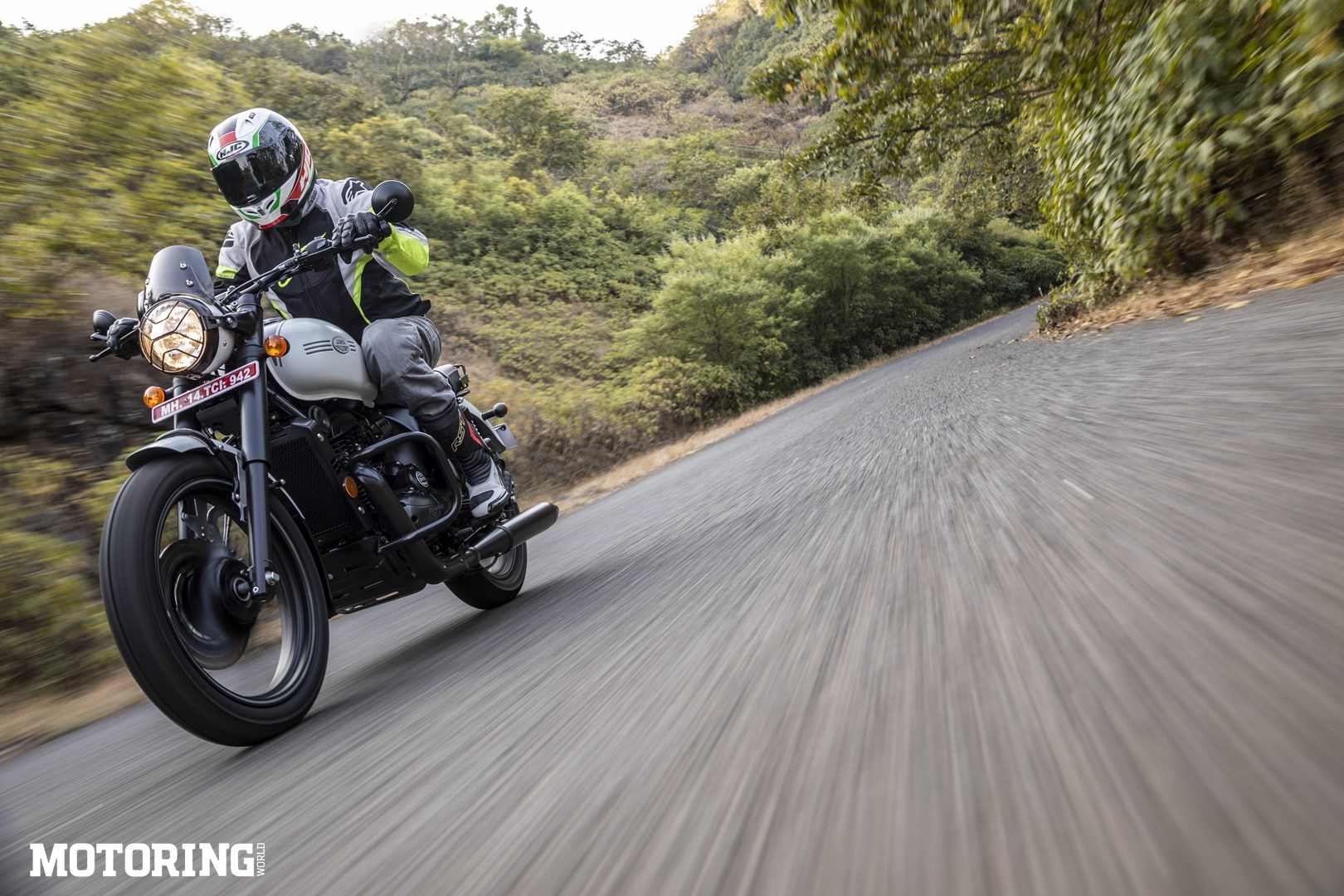 The name Jawa has been around for so long that it resonates differently with people. Some have fond memories of riding motorcycles with the Jawa logo stamped on the fuel tank, while others have only sought the emotion that can be achieved with motorcycles. The classic Jawa is aimed at the former genre of motorcyclists, and the new 42 is a modern take on the iconic brand for the latter. I got a chance to swing a leg over the updated Jawa 42 2.1 and ride it around the twisties of Lavasa near Pune to get a sense of what’s new and whether it’s still a Jawa at heart. 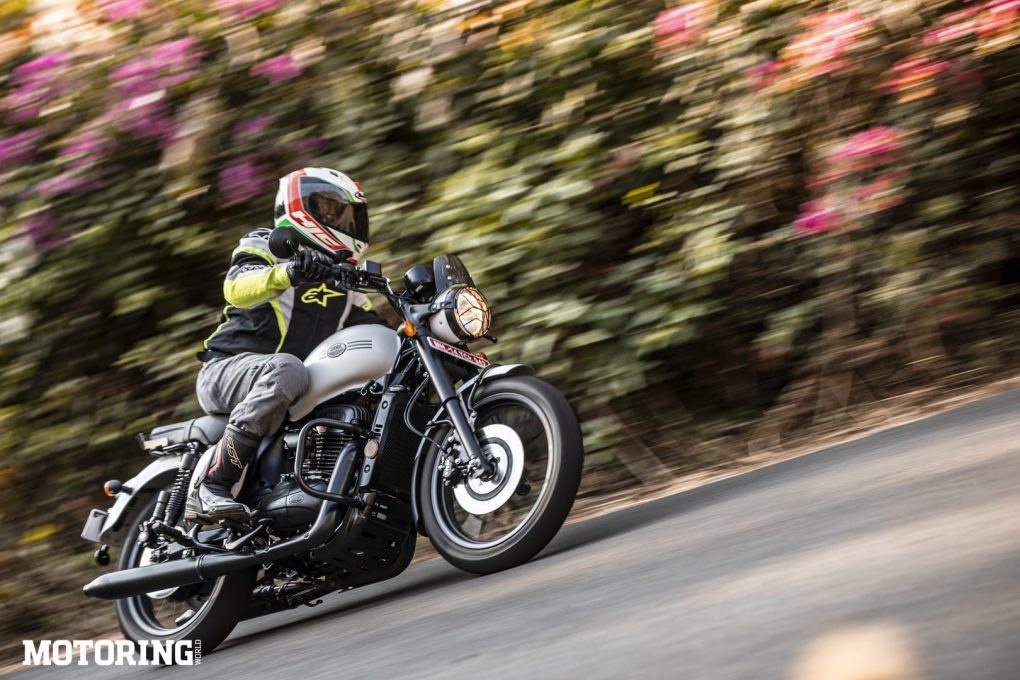 The 42 took its form keeping young buyers in mind with its sporty and urban-centric nature; the offset meter, matte colour schemes and flat handlebar dictate the same. With the new update, Classic Legends has gone one step ahead and given the modern Jawa a bunch of upgrades like an offset racing stripe, alloy wheels and bar-end mirrors. For those who aren’t content with just that, our test bike was fitted with optional accessories like a smoked windscreen, a headlamp grille, an engine guard and a grab rail. Furthermore, unlike the previous 42 that featured a silver-and-chrome finish on the powertrain, this one seemed to have been dipped in a bath of matte black, even on the exhaust pipes, giving it a badass vibe.

Even the attention to detail that was lacking earlier has been addressed here. From the inclusion of a Jawa badge on one of the spokes of the multi-spoke alloy wheel to the quality of the switchgear and the overall fit-finish of the motorcycle, the progress is commendable. The test bike you see in these images is draped in one of the three new colour options that Jawa has added to the palette. This one, called Sirius White, looks fantastic. The other two options are Orion Red and AllStar Black.

Now, Jawa hasn’t added the ‘2.1’ to the 42 after simply slapping on cosmetic upgrades, it has also tweaked the motor. Compared to the previous BS6 model, the updated mill produces a little more power, which has resulted in a more responsive motorcycle that feels eager to get going. What the engineers have done is altered the exhaust side of the cylinder head, allowing the burnt gases to exit more effectively, and moved the catalytic converter from the bottom of the bike to just after the exhaust port. These changes allow the 293cc mill to breathe easier and also allow the engine management system to monitor the air-fuel mixture with greater precision.

On the road, this Jawa is a delight to ride. No, it isn’t meant for carving corners aggressively, but for the pace that it can be ridden at, you will not be disappointed. The slightly rearset footpegs, the 765-mm saddle and the wide handlebar provide an engaging riding stance. Well, it can get a little cramped if you are a tall person, but for me at 5ft 7in it felt just about right with some room for comfort. With a kerb weight of 172 kg, the 42 is one of the lightest bikes in its class, which helps to flick the bike effortlessly around twisties. The folks at Jawa have also reworked the design of the kickstand as it would easily scrape on left-handers earlier. That said, given the assertive grip from the MRF rubber shod at both ends and the firm setup of the suspension, the sound of the exhaust pipes scraping around corners had me grinning wide in my helmet.

Top-end performance is satisfactory, too; I say that because this bike is not meant for going fast. Yes, it will do 140 kph with the throttle pinned, but I didn’t feel the need to go past 110 kph as it feels most smooth and composed below that threshold. Rev the motor hard and it will reply with vibrations, mainly at the footpegs, which is best avoided. The bike comes with disc brakes at both ends accompanied by dual-channel ABS. The bite is strong and capable of bringing the 42 to a halt without much fuss. 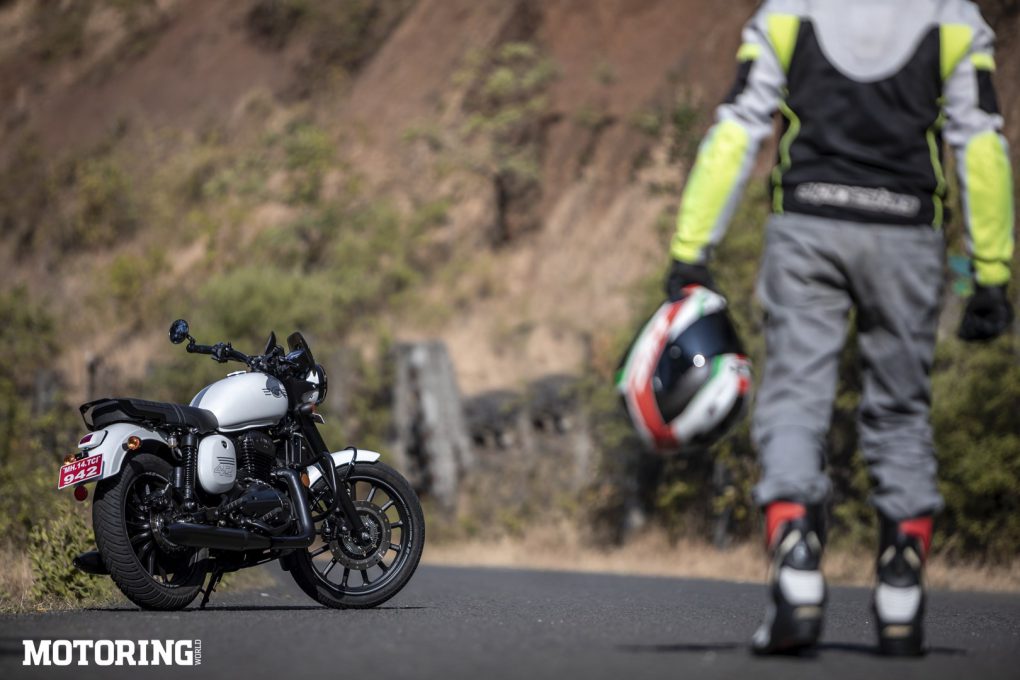 My time spent riding the updated Jawa 42 2.1 was undoubtedly enjoyable. The motorcycle has plenty to offer and exploit before you’ll want to look for a change. The design, though polarising, strikes a balance between nostalgia and contemporary design, and makes the 42 an appealing motorcycle that raises an eyebrow or two out on the street. It might still have some rough edges that need attention, but overall, it does evoke the emotion of a Jawa that won’t wear off easily.