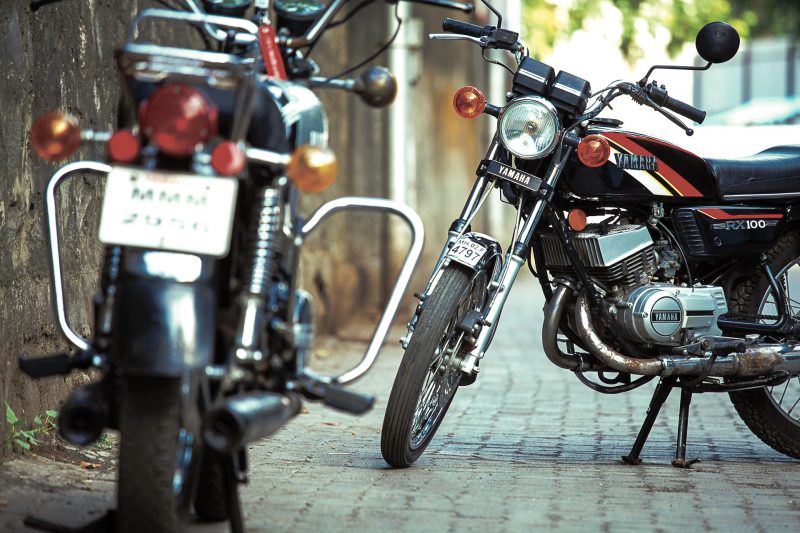 Dreams are born in the minds of all men. But what we do with them, well, makes all of the difference. There is probably one common thing that must have popped up in the heads of everyone who has ever swung their legs over a Yamaha RX100 — what would it be like to stitch two RX100 motors together? Well, Yusuf Salar Sheikh Bukush has gone out and done just that!

A motorcycle mechanic by profession, Yusuf was afflicted by the same thought. Being extremely familiar with Yamaha RD350s, he had the know-how to realise this idea and so was born this RX twin, carefully constructed in a garage. If you think this motorcycle is all about simply lining two RX100 engines side by side, you couldn’t be further from the truth. There is some serious engineering and thought that has gone into the creation of this motorcycle, and the fact that it is so easy to mistake this bike for a bone stock RX is simply testament  to this fact!

Yusuf used the RD350 as a template, with the RX200 (?) running a press-fit crankshaft which has identical phasing as its 350cc cousin. The fins of the blocks have been shaved a tad to sit comfortably beside each other and the spark comes from two RX100 coils. Each of the combustion chambers gets fed through its own carburettor and the by-products are disposed through their respective pipes. The exhausts are bone stock as well, with the front cone of an original RX silencer sliced, rotated and then re-welded to sit properly on the left-hand side of the motorcycle.

Since the motor is roughly twice as wide as the stock RX power plant, the twin downtubes of the frame were widened to allow the engine to sit properly within the cradle. Suspension and brakes are pretty much standard fare, although the front twin-disc setup is an import. However, one brake hose has been disconnected from the master cylinder; perhaps for the want of the appropriate banjo ring nipple fitting that will split the hydraulic pressure into both the brake lines.

The chain line of the 200 is identical to the stock RX setup, thus making it possible to run the original swing arm, rear wheel hub and sprocket without any alterations. To maintain this, the primary sprocket has been welded onto a large cylindrical collar which acts as a spacer that keeps it in line with the secondary sprocket. All these ingenious solutions come together to result in  a motorcycle that looks almost  identical to the one on a period Yamaha  RX100 sales brochure.

But contrary to what that glossy piece of paper might tell you, this RX makes a tad more than the stock 11 bhp. No matter what your school mathematics teacher might say, adding 11 and 11 will not come up to 22, at least when it comes to engines. You see, adding another connecting rod, piston and an extension of the crank increases mechanical losses, thus bringing the overall power figures substantially lower.

If not 22 horses, then how much? Well, without a proper dyno run, it’s impossible to quote a number for sure. But all I can say is that it is enough! The 200 shoots down the road with the alacrity and eagerness of a well-tweaked RX100, but minus the peaky nature typical to a ported machine. It doesn’t have the rubber-band feel of a high-strung two stroke and although second-gear wheelies seem like its second nature, it isn’t manic enough to tire you out within an hour on the saddle. 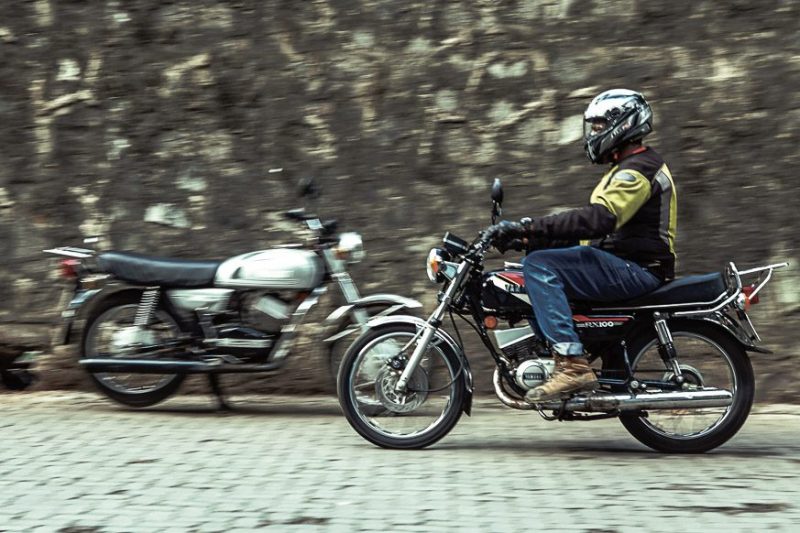 Chugging along at 40 kph in the top cog of the 4-speed gearbox is sans any chain snatch and requires absolutely no slipping of the clutch to keep from stalling the engine. However, drop a gear or two, roll open the throttle and the torque is delivered in a swift, smooth and linear manner. The speedometer climbs steadily, and all the while that beautiful accompanying soundtrack from the motor gets louder and louder. Before you know it, all you hear is a loud yowl, a confirmation that the motor has come on the pipes!

The near-stock chassis and suspension setup are up to the mark, and deal with the extra weight of the twin motor quite well. The added girth between the twin down tubes of the frame is hardly noticeable and from the rider’s perspective, is hidden away from view by the fuel tank. 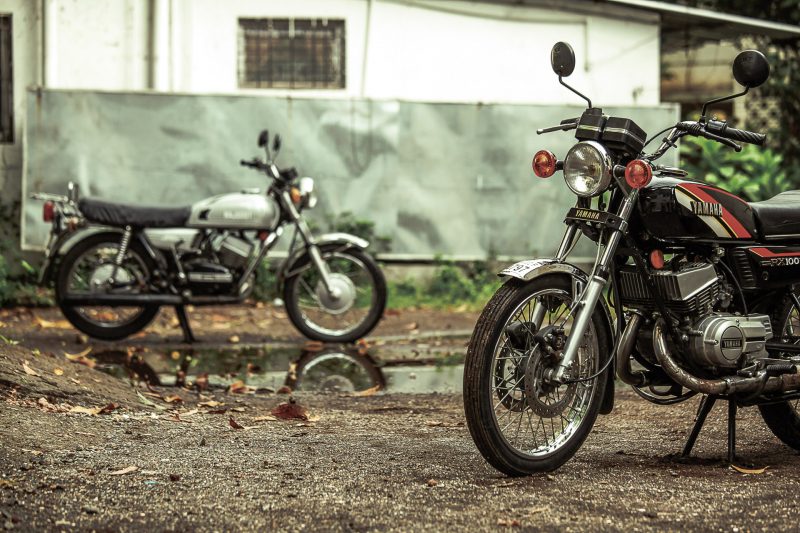 The solitary functional disc up front is quite adept at stopping the RX200, too. However, it could do with some better rubber because the current tyres don’t seem to take to the wet too well. All in, it is astounding to think that this bike was handbuilt by one man in a garage. Some might scoff at it saying that all of this isn’t really new, that two-stroke twins have been around for ages. Nope, it isn’t, and sure they have been around for eons. But here is a guy who acted on a brainwave and worked hard to make his dream come true. Now how many of the rest of us can say the same about ourselves?

Have grand designs of building your own twin Yamaha RX, but aren’t exactly the brightest tools in the shed (just like us)? Yusuf will gladly build one for you. Call him on +919820038919. He loves to work on RDs, too (just saying). Also, a big thank you to Alok Balsekar for the silver prop.