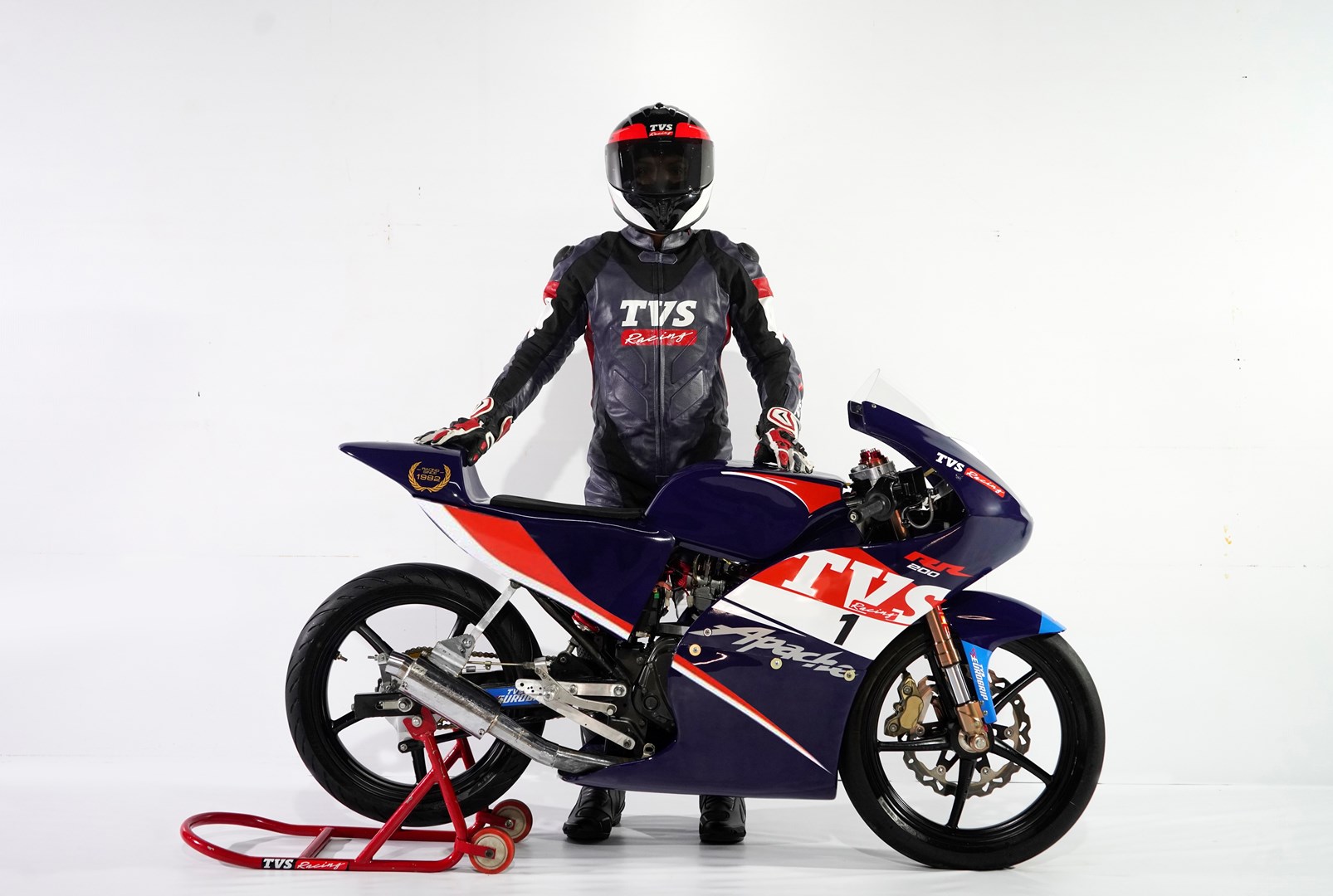 If you’ve been following us, you’ll know that the TVS Apache RTR series of bikes is among our favourites, because of the way they invariably make us grin widely. TVS has just announced something that is likely to make us grin even wider – the race spec, fully-faired Apache RR 200. The bike will be used in the recently announced TVS One Make Championship racing series. This track special has a bunch of upgrades over the standard RTR 200 4V, not surprisingly. 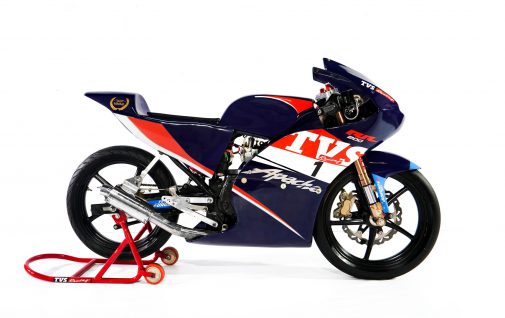 There’s a full fairing and a tall windscreen, and it loses all its lights and mirrors for track use. The engine is a 197.8cc, 4-valve, SOHC air and oil-cooled unit, but TVS hasn’t revealed any power and torque numbers yet; the gearbox is a 5-speed unit. There’s also an adjustable suspension, special Eurogrip tyres and race ergonomics. 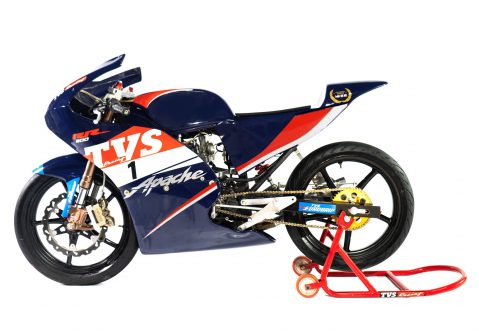 We’d dearly love for this machine to lead to a road-legal bike as well, but until then, we’re going to be burning up the phone lines to TVS for a go at it.