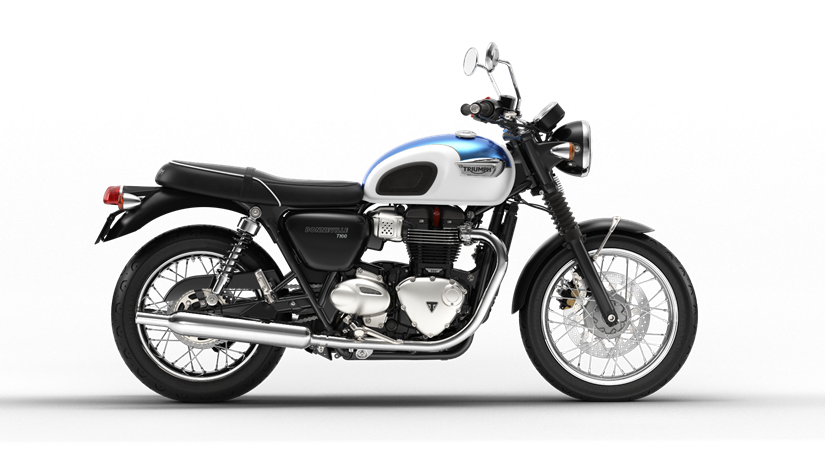 The Bonneville T100 is back, and the taxes have really jacked up the price. The new T100 is now Rs 7.78 lakh, more than a lakh expensive than the previous one which was launched here a few years back. The cheapest Bonneville back then was Rs 5.7 lakh (ex-showroom)!

In the Bonneville range, the T100 slots in between the Street Twin and the T120, with it being more closely related to the former. The close relations between the two include sharing the same 900cc ‘High Torque’ engine – producing 54 bhp and 8.2 kgm – the 270 degree firing interval, wet-plate clutch, five-speed gearbox and much of the riding aids like ride-by-wire, ABS, traction control and the slipper clutch. Unlike the Street Twin though, the T100 comes with a bigger 14.5-litre fuel tank, spokes instead of alloys, a longer wheelbase, a longer trail and is heavier by 22 kg. Importantly, like its bigger brother, the T100 comes with a classic twin-pod instrument binnacle, which is something that can be said for the rest of the bike as well, since it is aping the T120 and is less cafe racer.

Other cycle parts like 310mm front discs and the 255mm rear disc is shared with the Street Twin, together with 41mm KYB front forks and twin-shocks at the rear, with an identical 120mm of wheel travel. The Pirelli Phantom Sportscomp are also shared with the Street Twin. There is lots of chrome everywhere, including on the headlight bezel, mirrors, handlebars and the mudguards. There are three paint jobs on offer, blue with white, orange with white and jet black. The jet black ones actually have a different model name, called T100 Black.

Ofcourse, as with every other Triumph, there is a plethora (or to put a number to it, 150) of accessories to burn your money on, to customize your T100. From riding gear to heated grips, it is all available.