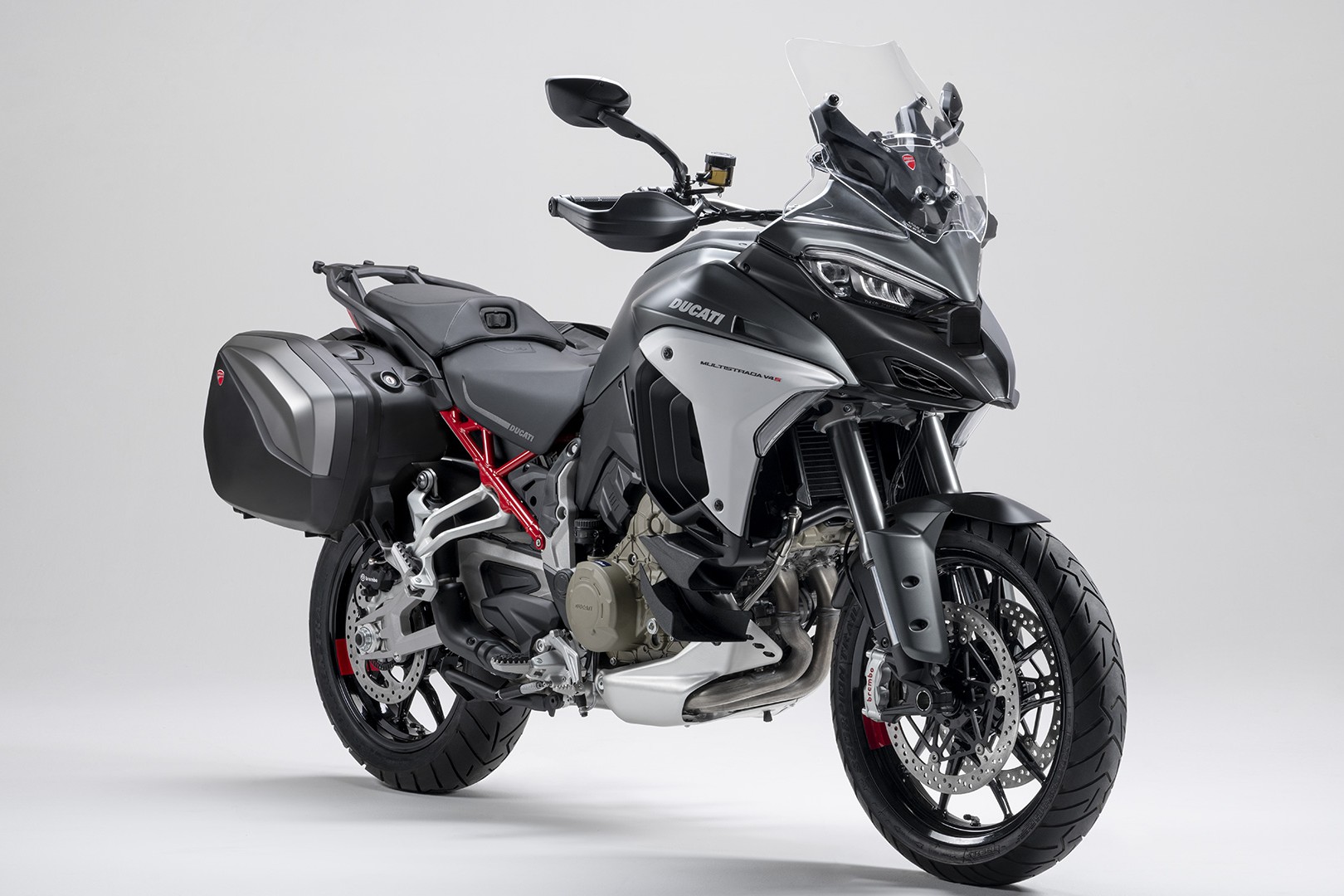 After unveiling the 1158cc V4 Granturismo engine last month, Ducati has finally taken its covers off the motorcycle it goes in — the Multistrada V4. The new engine is lighter, faster and more reliable than the outgoing twin all while making more power across the range. It produces 168 bhp@10500 rpm and 12.7 kgm of torque@8750 rpm, which is 12 bhp more than its previous generation 1260cc Testaretta L-twin engine, too. What’s more, it can go as long as 60,000 km before getting a valve service!

There are three models (V4, V4 S and V4 Sport) on offer. The base V4 gets conventional springs, while the V4 S and V4 Sport have Ducati’s Skyhook suspension and auto-levelling feature. For these two variants, braking is also taken care of by Brembo Stylema callipers and 10mm larger discs at 330mm. In addition to that, it will also sport a large 6.5-inch colour TFT display through which the rider can access four different riding modes, suspension modes, and the high tech radar system. This radar system assists the rider by alerting them of a car/bike in their blind spot and by also enabling adaptive cruise control. There are a bunch of other electronic features on offer like Ducati Traction Control, Cornering ABS, Ducati Cornering Lights, Ducati Wheelie Control, and Ducati Quick Shifter. 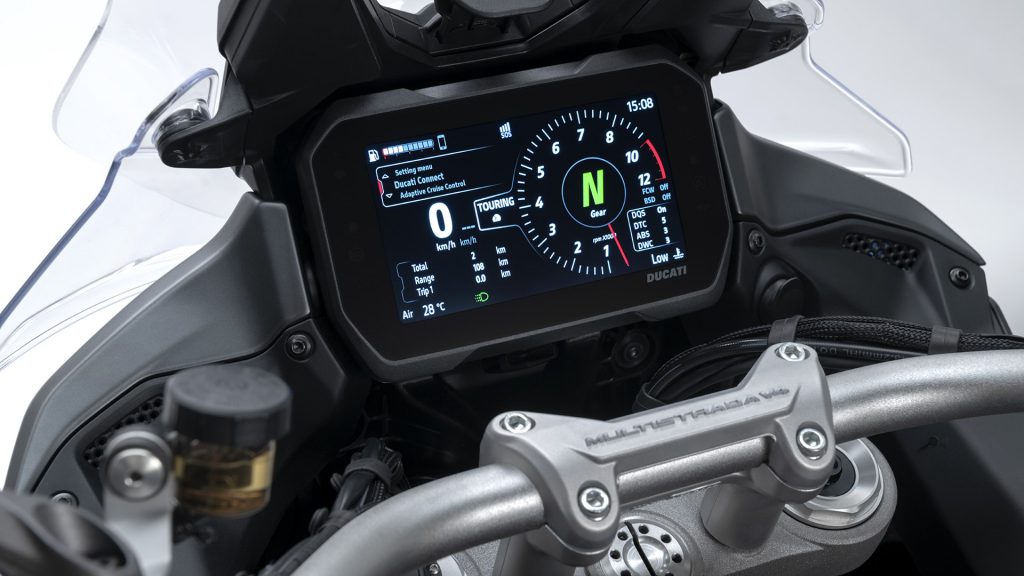 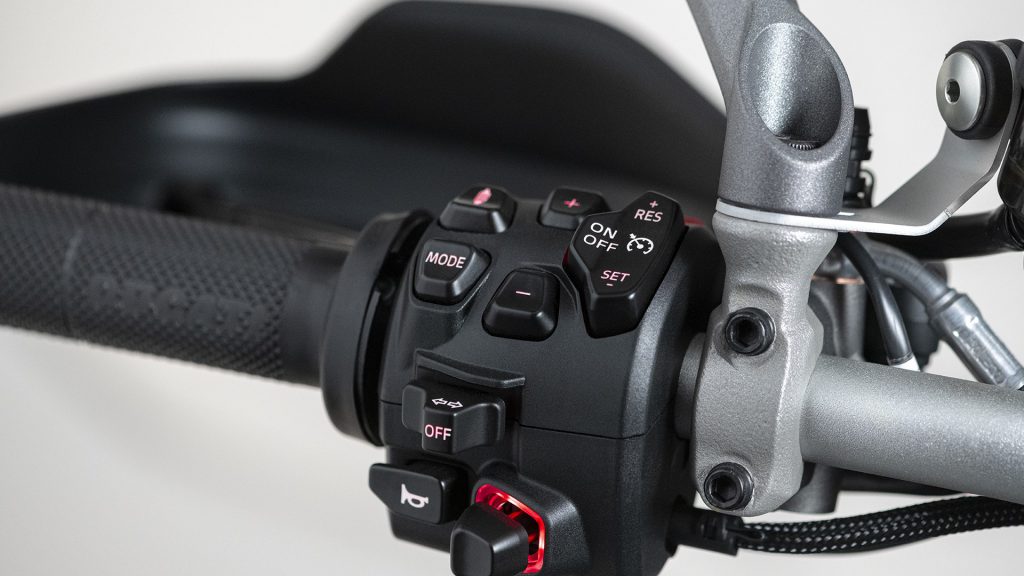 Aerodynamics on the new Multistrada are improved as well. On its sides, there are fin-shaped air vents which ensure optimum thermal and aerodynamic comfort in all riding conditions. The Multistrada also ditches its single-sided swingarm for a double-sided one, which allows you to fit either alloy wheels or spoked wheels on both the V4 S and V4 Sport trims. These trims also get an Akrapovic muffler and carbon fibre front mudguard. Again, you can go crazy with the customizations on offer. It will take some time for the Multistrada V4 to come to India, and when it does, let’s hope Ducati offers us all the three variants! 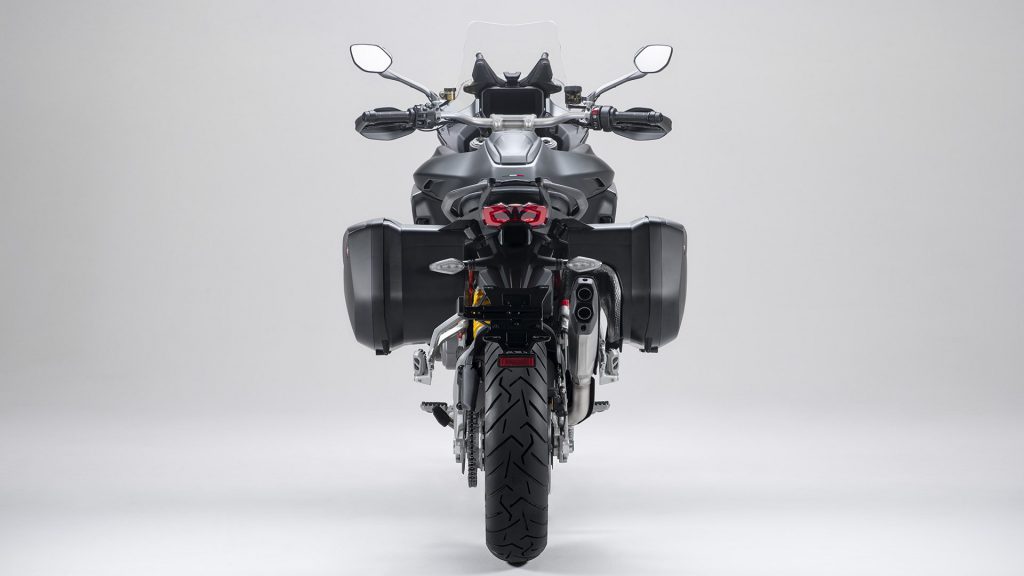