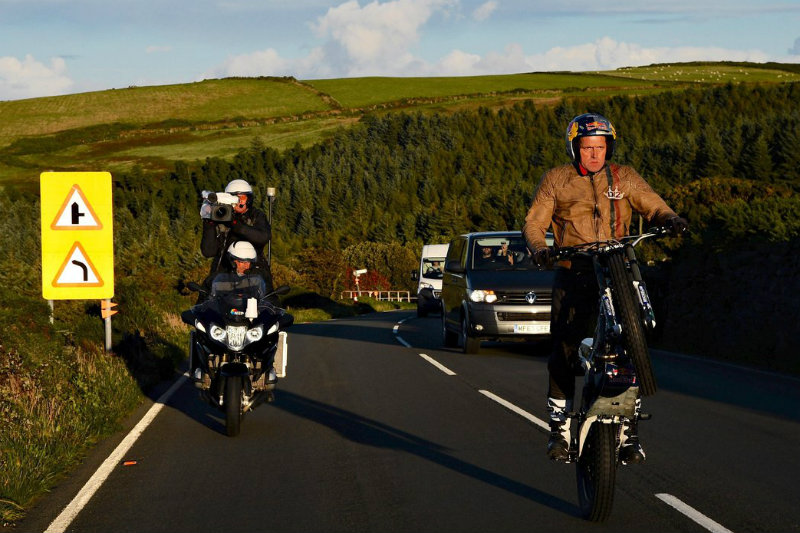 Dougie Lampkin, a 12-time World Trails Champion, might be skilled behind the bars of his bikes, but traversing the Isle of Man TT course is a big thing in itself. Doing so on one-wheel takes it on a different level altogether. The English trails sportsman has just done that, and of course set a new record while doing so.

The 37.7-mile course was covered in 1 hour 35 minutes, on one wheel. And the list of challenges didn’t just include wheelie-ing, the crosswinds were strong (strong enough for the event to be postponed by a day), and there was traffic as the roads remained open during the attempt. All that, apart from it being one of the most challenging road circuits out there…

Dougie’s weapon of choice was a 300 cc custom bike based on a Vertigo Combat Ice Hell. Specially modified for the event, with changes including the removal of the front brake and inclusion of an almost rigid suspension up front. The rear suspension too is stiffened up, too. The pegs were shifted to make riding on one wheel more comfortable. The rear brakes can be activated either by the foot pedal or by the handlebar mounted levers.

The gearbox was modified in a way that Dougie can ride the bike in just one gear — to minimise the effort and the chances of losing the bike’s balance by shifting gears — while the oil flow has been modified to cope up with the one wheel up riding. The fuel injection was also remapped to ensure smooth power delivery. Talking of fuel, the bike, has, in addition to a standard 2.7-litre tank, a second unit with a capacity of up to five litres. To keep the centre of gravity and weight low, the second tank was made of carbon fibre and located in the centre of the bike. And while the front wheel doesn’t have much to do as far as grip is concerned, it’s key in the bike’s stability. To address that. a small electric motor is connected to the front runner to keep it spinning, hence improving the balance. The speed of the front wheel could be controlled via a tension wire connected to Dougie’s chest! 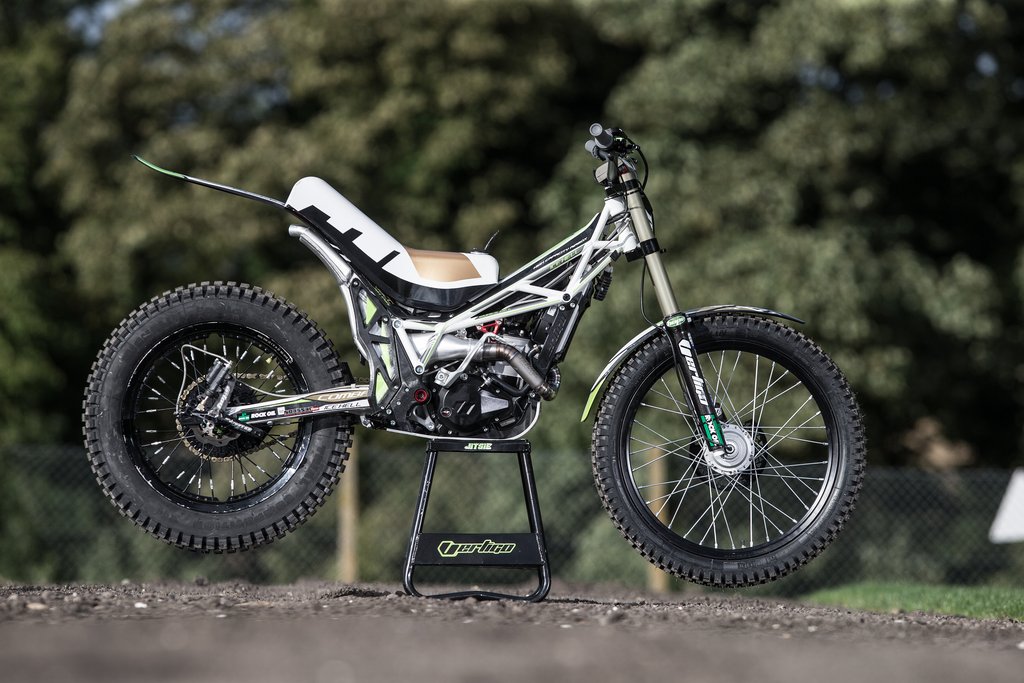