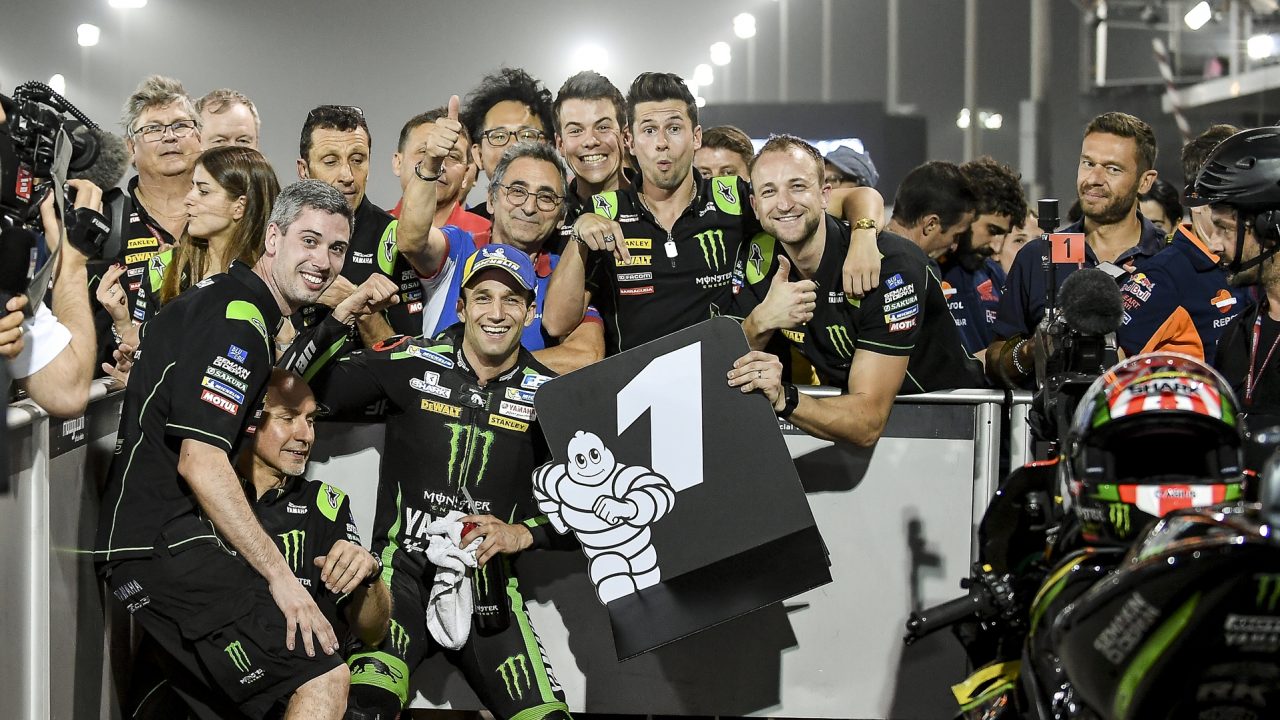 The sun might have set, and the floodlit Losail International circuit might have taken a break for the day as we speak, but the excitement — and the MotoGP season — has just begun. We take a look at the day’s session of Qualifying from the three classes: MotoGP, Moto2, and Moto3.

In the MotoGP class, the Frenchman Johann Zarco clenched pole position at Qatar, with a record breaking lap time of 1 minute and 53.6 seconds. With this he surpassed Lorenzo’s long time pole record set in 2008. It was indeed a comeback for Zarco who crashed out earlier in free practice. But thanks to his earlier lap times, he somehow managed to squeeze into Q2. Marc Marquez’s was no match for the Frenchman’s pace and he had to settle for the second spot. Sealing the front row was Danilo Petrucci, who also became the top satellite rider of the day. Running closely behind him was Cal Crutchlow, and the Ducati’s Andrea Dovizioso.

The younger of the Marquez siblings has once again shown his prowess. Alex Marquez took the pole position in the Moto2 class with a time of 2 minutes and 29 seconds. The Italians Lorenzo Baldassarri and Francesco Bagnaia completed the front row of the grid. The KTM still remains a serious threat for the title as their lead rider Miguel Oliveira heads the second row of the grid. But, it was Romano Fenati who struck the chord hard to earn the top rookie of the day and a fifth place start. Completing the second row was former Moto3 champion Danny Kent.

The first group out for qualifying was Moto3, with the young stars fighting for their first pole of 2018. With most of top riders graduated to Moto2, the competition was wide open. And thus gave space for new riders to step in. It was Jorge Martín who led the pack until the young Italian Niccolò Antonelli smashed the charts with a lap time of 2 minutes and 6.3 seconds. Following him was Jorge Martín who just lost the pole position by .1 of a second. Completing the front row was the only KTM rider Gabriel Rodrigo. As anticipated earlier the Japanese rider Ayumu Sasaki who was trailing Martin on his fast lap locked the second row of the grid.  Kaito Toba grabbed fifth spot ahead of Marco Bezzecchi who completed the second row.

But as we all know this is just the start.