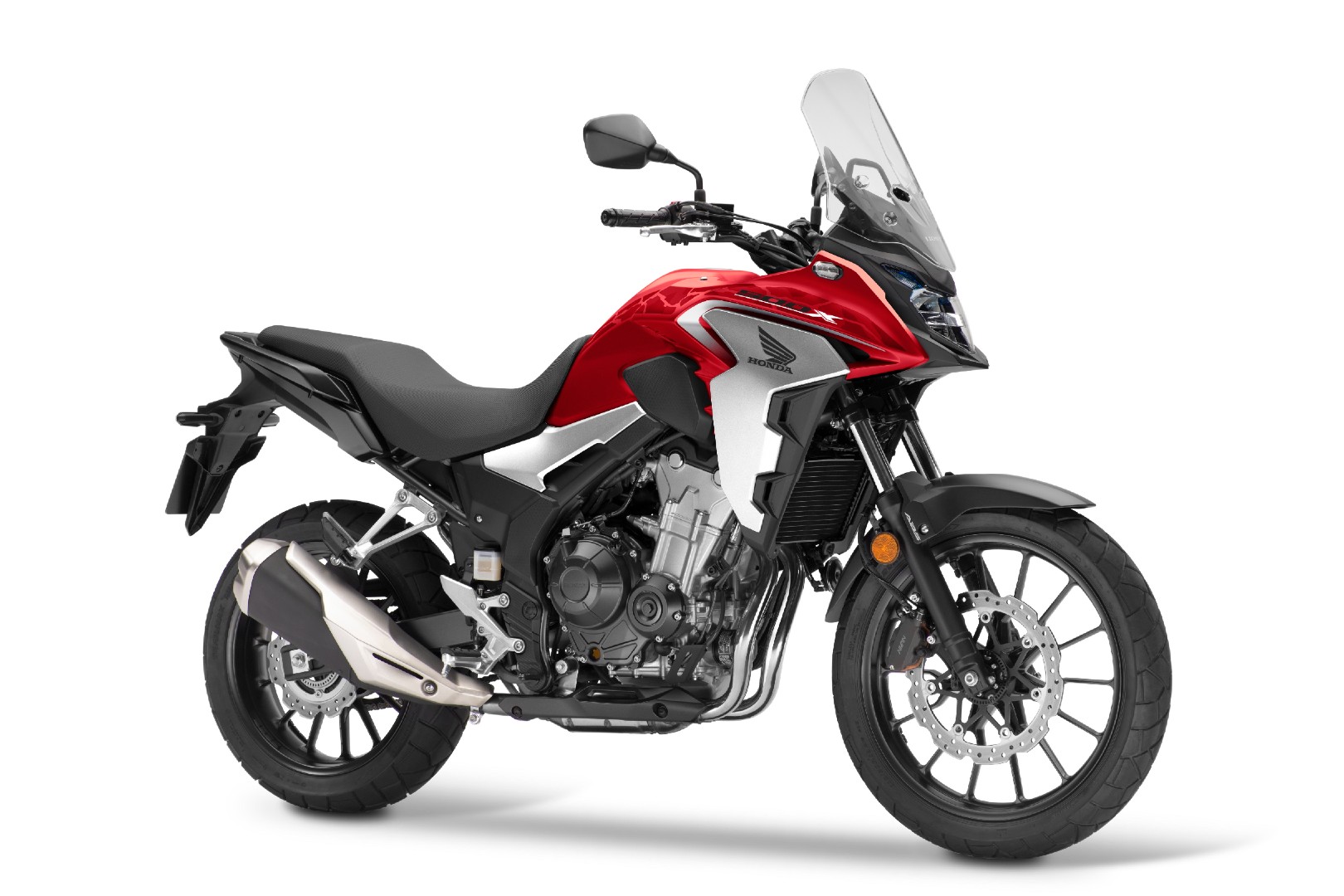 Lately, the adventure touring segment has been in the limelight for all the good reasons. The segment is slowly crowding up and Honda has pitched its entry in it with the CB500X. This is a direct rival to the Kawasaki Versys 650 and the Benelli TRK 502. Honda’s definitely onto something with consecutive launches.

The Honda CB500X is powered by a 471cc, parallel-twin, liquid-cooled engine that produces 47 bhp@8500 rpm and 4.40 kgm of torque@6500 rpm, paired to a 6-speed gearbox and gets a slipper clutch. Up front, it gets a slightly larger 19-inch alloy wheel as compared to the 17-inch alloy at the rear. Also, the seat height is 830 mm. Stopping power comes from a single 310 mm disc up front and a 240 mm disc at the rear. In addition to these drilled petal type brake units, the CB500X offers dual-channel ABS and Emergency Stop Signal that switches the hazard lights on when it detects sudden braking. This addition is quite handy to alert other vehicles on the road. The CB500X can be classified as a soft-roader more than an off-roader, but with its 199 kg kerb weight, it is one lightweight motorcycle and offers 181 mm of ground clearance.

Honda’s packing in quite a few features with the CB500X. For instance, it has all-LED lighting, a negative LCD display that shows gear position indicator, engine temperature, ABS indicator among other things, and to prevent theft, it gets Honda’s Ignition Security System as well. However, the Honda CB500X is priced rather steeply at Rs 6.87 lakh, ex-showroom, Gurugram, as compared to its rivals. Stay tuned for our detailed review on it!