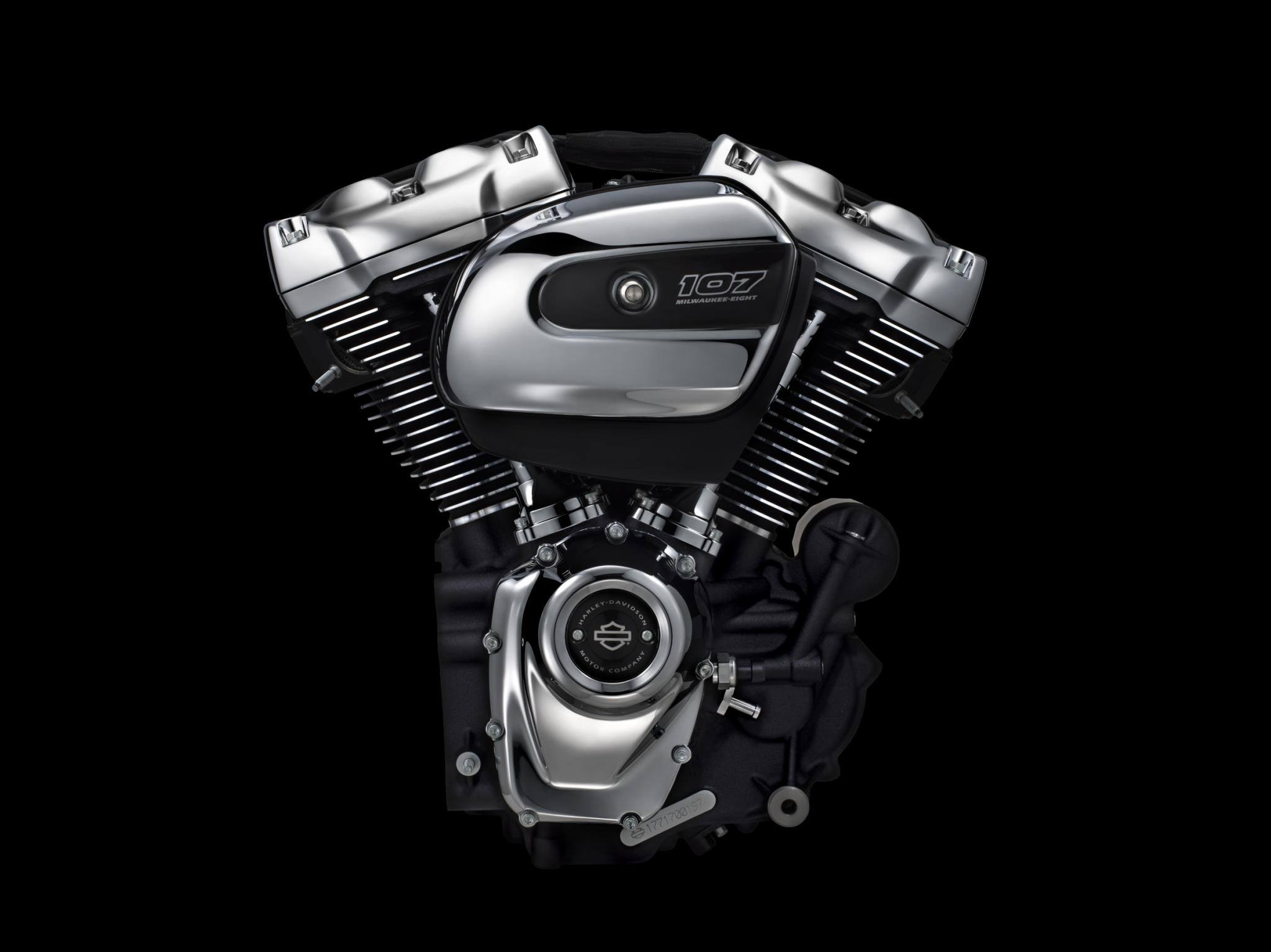 The new Milwaukee-Eight v-twin engine replaces the older Twin Cam engine, which has been around since 1999. These v-twins, part of the range of ‘Big Twin’ engines, will be used to power the Touring range of Harleys. For now, there are going to be two versions of the Milwaukee-Eight, the 107 with a displacement of 1745cc and the bigger 1870cc 114, with liquid cooled engine heads. While the 107 will go into the Street Glide and the Road King, the 114 will power the CVO limited.

Mechanically, these new engines have more torque than the older Twin Cam motors, and are a bit simpler, with a single chain-driven camshaft operating rocker arms connected to the four intake and exhaust valves. The rocker arms are designed in such a way so that the valve lash is set by the factory and needs no adjustment for the rest of its life. There are dual spark plugs for each cylinder, while the bigger 114 also gets light cooled cylinder heads. According Harley, torque figures have been improved by 10 percent, while retaining the broad, flat torque curve which is a characteristic of all the Touring bikes.

Other improvements include better heat management, with improved design of the oil and liquid cooling system to take away the heat from the hottest parts of the engine. To that end, Harley has also reduced the idling speed of the engine to 850 rpm, from 1000 rpm. More space has been liberated around the rider’s legs by slimming down the air-cleaner, while an Assist and Slip clutch comes as standard and smoothens out the downshifts. Thanks to the new engine parts, mechanical noise has been reduced so as to accentuate the exhaust note, which Harley promises retains the ‘unmistakable rumble’. We look forward to riding one to find out!