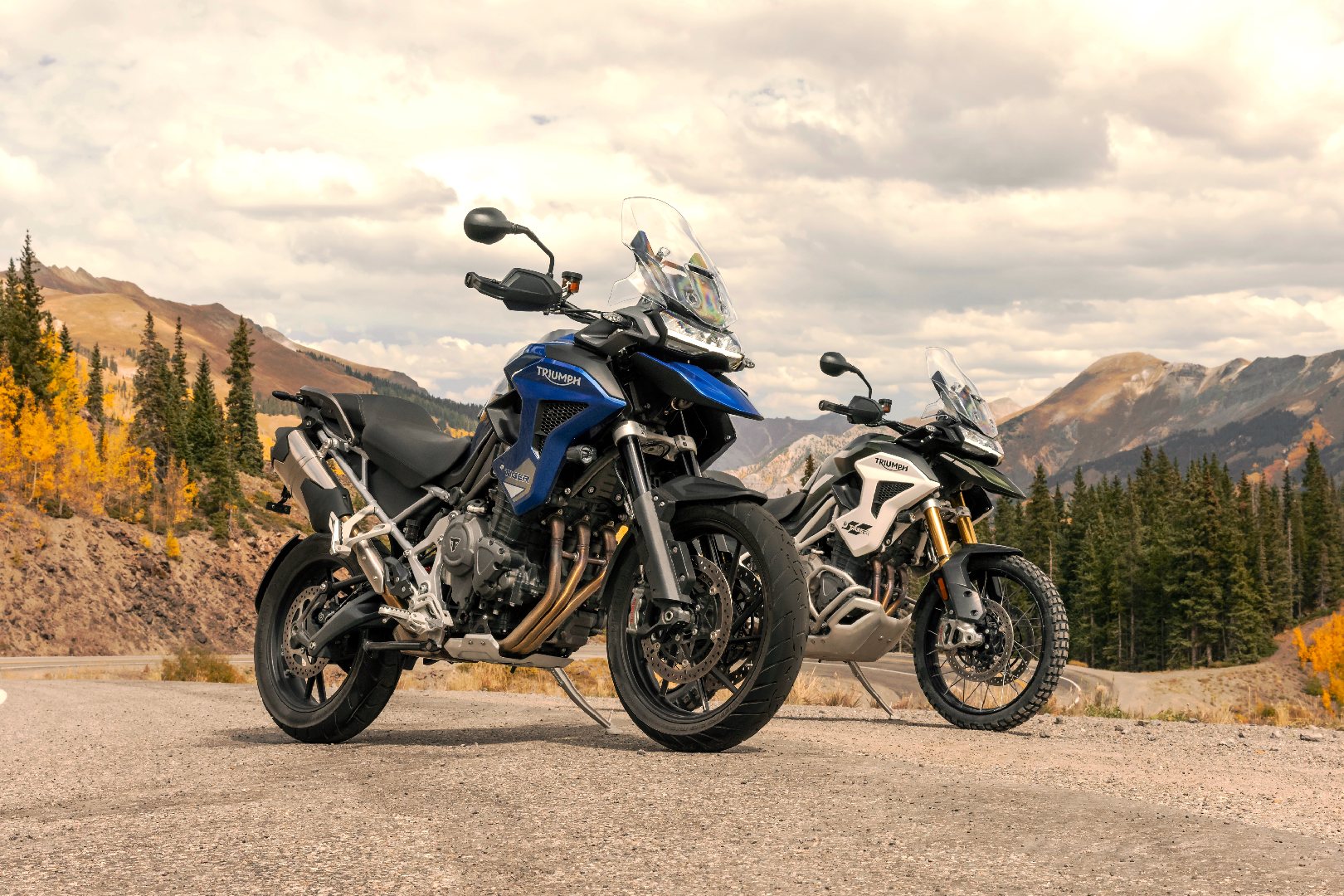 Triumph Motorcycles have launched the Tiger 1200 range in India today. Prices start from Rs 19.19 lakh (ex-showroom) for the base variant. The 2022 Triumph Tiger 1200 comes loaded with features and also competes with the likes of the BMW R 1250 GS and the Ducati Multistrada V4.

The 2022 Triumph Tiger 1200 comes in four variants. The GT Pro, GT Explorer, Rally Pro, and Rally Explorer. The GT variants are made to favour the tarmac, while the Rally ones are more fitted for off-road. The Explorer variants also have a larger fuel tank of 30 litres. While the GT models get alloy wheels, the Rally ones come with spoke wheels for off-road purposes.

The new generation Tiger 1200 gets a 1196 cc T-plane engine paired with a 6-speed gearbox with a slip and assist clutch. This triple-cylinder engine produces a peak power of 148 bhp and a peak torque of 13.25 kgm.

The braking hardware includes Brembo Stylema equipment. This consists of two 320-mm floating discs with monoblock radial callipers and a single 282-mm disc and a single-piston calliper at the rear. Both the Rally and GT bikes get 41 mm Showa USD forks at the front and a monoshock at the rear. The suspension offers semi-active damping and the rear is adjustable for preload. Additionally, the Rally bikes get a longer travel of 220 mm in comparison to the GT’s 200 mm.

The overall look of the Tiger 1200 is similar to the older version, except the face has been redesigned along with the shape and size of the fuel tank. It now has a single pod headlamp with an LED DRL strip across. The instrument console is a 7.0-inch colour TFT screen and can pair with a smartphone. The motorcycle now also gets a new Blind Spot Radar System. The keyless system now also includes ignition, steering lock and fuel filler cap.