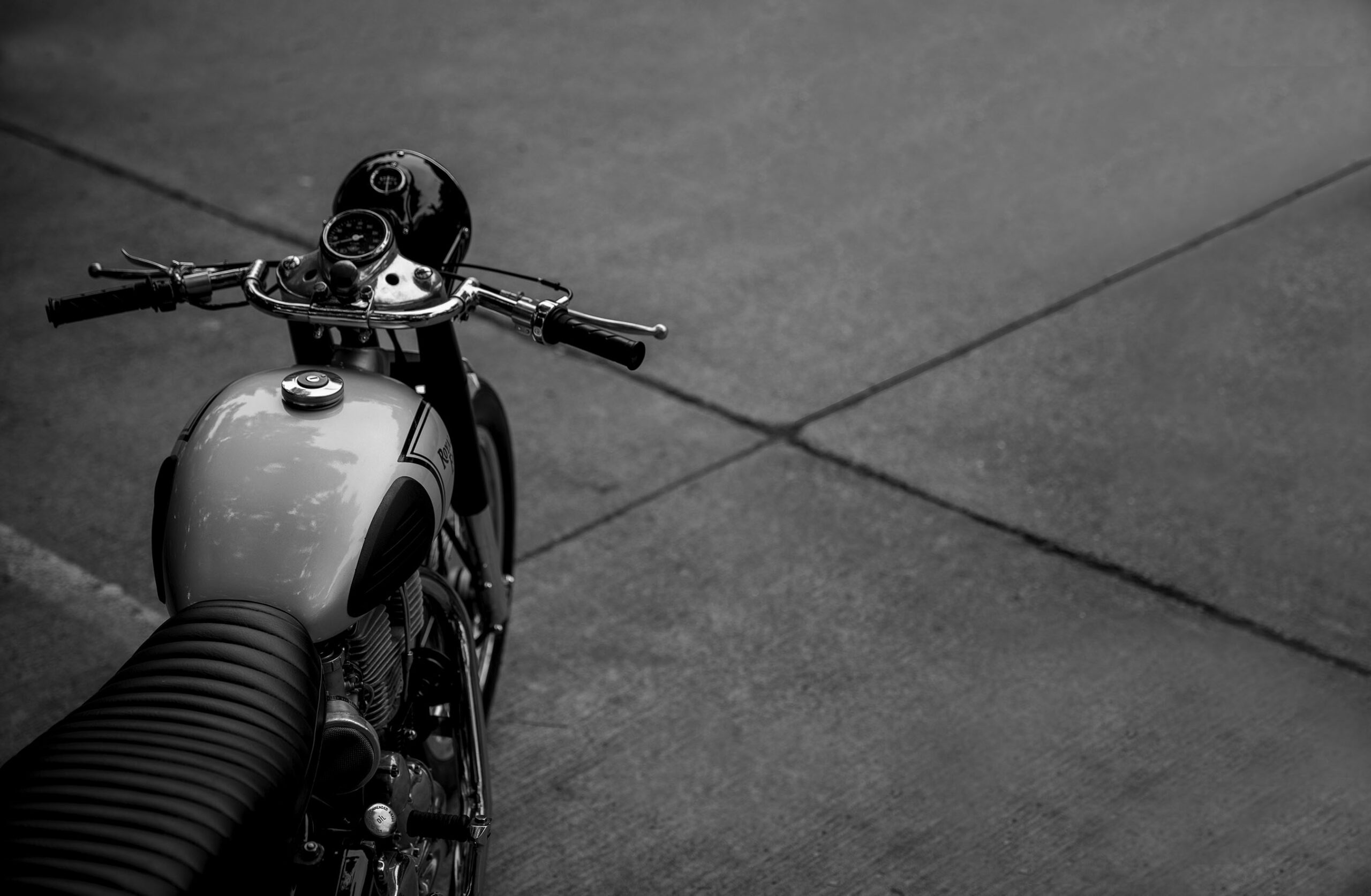 A lot of people, including yours truly, think they know almost all there is to know about Royal Enfields. That could simply be due to the fact that the venerable Enfield has been the bike of choice for the armed forces, police forces and every other Indian whether he or she was paying attention or not. 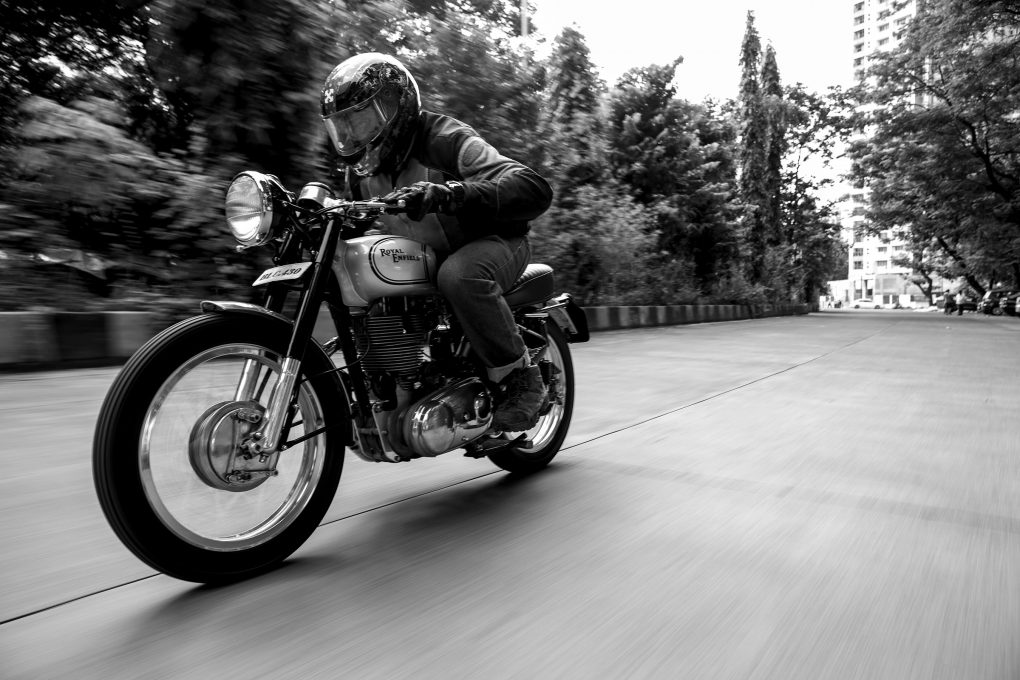 But Royal Enfield used to be more than just the Bullet that we as Indians, whether we’d like to admit or not, have grown to love. Today, the marque is synonymous with laid-back riding, retro-cool and gentlemanly performance, which is basically fan-speak for ‘slow’.

This is totally at odds with the Royal Enfields manufactured during the golden era of the British motorcycle industry. The company was one of the first manufacturers to go with swinging arm suspension at the rear end of their motorcycles. Heck, it has been said that Royal Enfield even dabbled with a primitive mechanically operated form of anti-lock braking, but the suits at the helm of the company thought there was no future in this technology and the project was consequently dropped. Talk about lack of foresight.

Models like the Interceptor and the Constellation stood their ground when pitted against the competition which mainly came from Triumph, BSA and Norton from their iterations of the torquey parallel twin.

Unfortunately, the Royal Enfields, despite having an ardent fan following, simply didn’t garner the pizzazz that other makes enjoyed despite being as potent, if not more, than the competition. But Royal Enfield kept at it undaunted by all of that, and that could also be one of the prime reasons why it has survived till date long after the rest perished.

So when the BSA Goldstars, Velocette Venoms and the Norton Inters were gloating with their racing wins, engineers at Royal Enfield were hard on work on the magnum versions of the already tried and tested Bullet 350s and 500s. Launched as the Fury, the bikes were everything their name would denote. And then some.

Made for primarily for American market between 1959 and 1963, a mere 190-odd 500s were ever made, and most were ridden in anger on race tracks across the world. This makes them rarer than hen’s teeth. And I had yet to ride one in India. Till I met Andrei D’souza.

You see, Andrei is a special kind of guy. He hates having what everybody has and his eclectic collection of motorcycles is a testament of this fact. And his Bullet, well, it’s like nothing else that I have ridden. It’s an assortment of parts that were bought brand new from the UK and were put together with love and minute attention to detail.

Andrei started off by buying an old Royal Enfield Bullet 350 — a 1987 model — from a police auction and then he pulled apart the one thing that matters the most on a motorcycle — its engine. Out went the stock top end. In its place, the ‘big’ head (basically a replica of the Fury item, but made brand new today) and a 500cc aluminium block were bolted on, all sourced from Hitchcocks in the UK. And that’s just the tip of the proverbial iceberg!

Within the aluminium jug, an ‘Omega’ high-compression piston was chucked in, pushing the compression ratio to 9:1, reined in by a forged steel connecting rod that is shackled to an Alpha RE15 roller big end which was pressed into a lightened crank. The stroke length has been shortened, resulting to an almost square bore and stroke of 87 and 86.5 mm respectively, quite a significant change from the 84 mm and 90 mm of the stock 500.

To compensate for the drop in displacement that the shortened stroke brought about, the block was bored out to accept a 535cc piston, bringing it back to 500cc. To ensure that all the parts concerned get along smoothly which each other, a high-output oil pump has been employed. Now, Royal Enfield boasted that the Fury 500 motor was good for 40 horses and Andrei reckons that his bike comes very close to that figure.

Andrei chose to stick with the Albion gearbox, instead of the newer 5-speed box, for that period-correct look. The Albion traditionally has a significant gap between the ratios of the third and top cog, and Andrei has fixed that too, with altered-ratio gears which were also sourced from Hitchcocks as well.

So how is the motorcycle to ride? Before I answer that, I must emphasise that the bike hadn’t been completely run in when I rode it and since it was somebody else’s pride and joy, I had to restrain my right wrist a bit.

Which on this motorcycle meant that I was doing close to a speedo-indicated 60 kph in second gear with the motor sounding like it had just begun to get into the swing of things. Unlike the stock-ish Bullet I personally ride, this motor loves to rev hard, making the claimed 9000-rpm rev limit seem perfect plausible.

But unlike the Goldstars that I have ridden, Andrei’s 500 is not peaky in the least. There is a broad spread of power almost everywhere you look with this motorcycle which makes it perfectly rideable even in Mumbai’s traffic. I cannot emphasise this fact enough because when you go through the build sheet, the motorcycle that comes to mind is a bucking horse of a ride that would be apt on little else than on a race track. Everything that this motorcycle isn’t, which is what makes this bike such a hoot to ride.

The cams definitely allow the motor to breathe better and the way the motor responds to the throttle is very impressive, all the while blatting its swan song through the swept back replica Goldstar pipe. The big Mikuni sucks bucketloads of air through the polished bell mouth and despite its size, settles the motor into a perfect tick over when rolled off the gas. An uprated pump keeps everything from grinding to a halt.

But the attention that Andrei has put into this motorcycle doesn’t end with just the power plant. Liberal use of alloys for the engine mounts, wheel rims, fenders and the like all have brought down the weight of this motorcycle tremendously, which made wheeling the bike around for the shoot a breeze.

Don’t let the clubman ’bars and rearsets fool you, because the bike feels perfectly comfortable for the city and beyond. The seat is long and expansive, and the foot controls are perfectly calibrated for the pegs and handlebars. The motorcycle is a hoot to throw around and I couldn’t help but smile all through the time I spent riding the bike. Honestly, this motorcycle is a well thought out package that ticks a lot of boxes, whether in the aesthetics or the performance department. 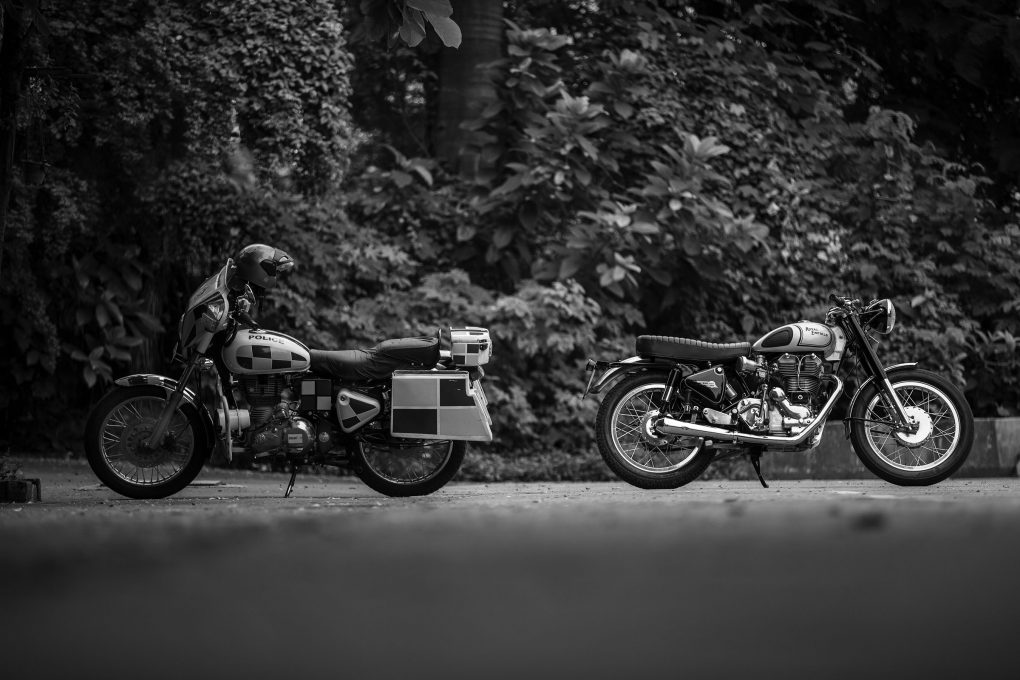 Which brings up the all-important question; how much would it cost you to build a stock genteel cast-iron Bullet into a fire-breathing hooligan such as this? Well, Andrei reckons it cost him about Rs 3 lakh for all the goodies and the labour to put it all together, which I hope is exactly the figure he has told his wife. Factor in another Rs 70,000 for an old cast-iron donor bike and for under Rs 4 lakh, you have a bike that will give a flashy Goldstar a run for its money at a fraction of the cost of the BSA. Worth it? For a motorcycle that can be ridden like it was meant to be on any day of the week? Hell, yeah.